Video shows an incident in which a woman seeking a civil protection order was led by a Hamilton County magistrate into a courtroom and later tackled by deputies. 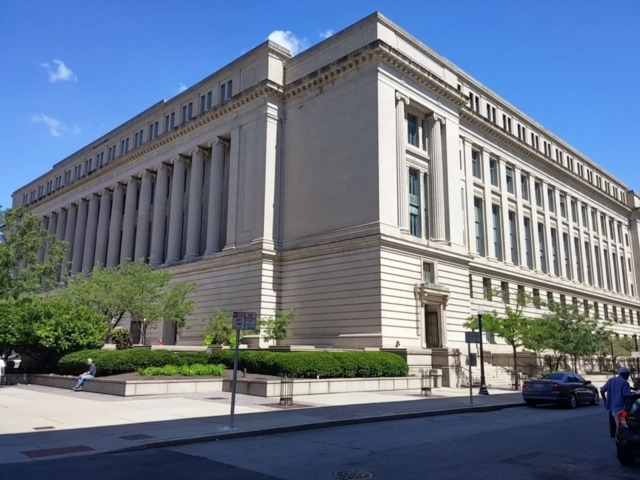 Hello all! Here’s a quick end-of-week news update for you.

Remember Wednesday, when we told you about the resignation of Hamilton County Courts Magistrate Michael Bachman? He said he put his hand lightly on the shoulder of a woman who was upset about the status of a civil protection order she was seeking. But the court administrator told him to resign or be fired after accusations that he had grabbed her by the back of the neck. Now, there’s video of the incident, and it’s pretty intense. Bachman leads the woman down a hallway by the shoulder into the jury box in his courtroom, and the woman is later tackled by deputies after she attempts to flee when she learns she will be arrested for yelling outside of the courtroom. You can see the footage here. The woman was upset because she missed the 8 a.m. cutoff for filing the civil protection order.

• An auditor found that Cincinnati’s Metropolitan Sewer District misspent $779,000 on contractors for work they did not do. The audit took two years to complete and came after media investigations into accusations that contracting practices at MSD were not optimal.

“There was some bad stuff that we found. The oversight was not very good,” Ohio Auditor Dave Yost said, according to WCPO. “They lacked some of the most basic kinds of things you would want - spot checking invoices against original documentation for example.”

Yost placed some of the blame on officials like former MSD director Tony Parrott, who is liable, along with the companies that MSD contracted, for more than $450,000 that must be returned to taxpayers. You can read more about the audit here.

• Hey, this is kind of a weird one: If you were applying to become a police officer or firefighter, would it seem strange to have to answer questions about your sex life? That’s standard on applications for Cincinnati Police and Fire Departments, as well as a number of other local departments. CPD and CFD recruits have to answer questions about whether they’ve engaged in a sex act in a public place, and to explain their “most unusual sex act.” Other departments ask about infidelity. Officials say the questions are asked to gauge character and tendency to break the law, and don’t include private, legal acts between consenting adults.

• The Ohio Department of Education released report cards for the state’s public school districts yesterday, and Cincinnati Public Schools got some low marks. But those grades mask some big improvements students have achieved in winning scholarships, improving graduation rates and closing achievement gaps, the district says. New this year to the report cards are overall letter grades for each district. Cincinnati got a D, which is on par or better for an urban district. Districts in Cleveland, Columbus and Youngstown all received F grades, while Akron also got a D. Wealthier districts, including Indian Hill, Wyoming and Madeira earned A ratings. Not everyone is thrilled by the new performance measures, with some education experts saying they don’t accurately measure all relevant factors.

"The data in the state report cards do not reflect a critical element that needs to be weighed - namely the socio-economic factors that impact student performance," Ohio Education Association President Becky Higgins says. "Without that assessment, the overall grades for school districts are too simplistic."

You can read more about the report cards here.

• Finally, here’s a story about a war brewing between Kentucky Gov. Matt Bevin and his fellow members of the GOP in the state. Some state lawmakers are upset that Bevin has endorsed an independent, Stacie Earl, in a race against Republican C. Ed Massey for a northern Kentucky state House district seat. Former Kentucky House Speaker Jeff Hoover, a powerful figure in the state’s Republican Party, has said that he’s fed up with Bevin and is calling on the GOP to rebuke him over his endorsement and other issues, including Bevin’s fight with the state’s teacher’s union.

"I have no desire to attack this governor but I am tired of this governor belittling teachers and others with his comments and the things that he says, and (then) no one taking issue or exception to that," Hoover told the Louisville Courier-Journal. "And by no one, I mean other public officials."