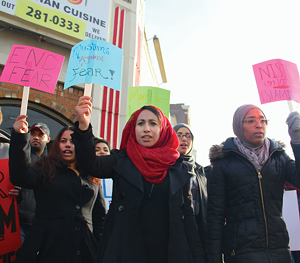 Good morning all. Here are some quick news updates to get your week started.

Cincinnati City Manager Harry Black resigned Saturday just before City Council took a vote to remove him from office. You can read all the details in our story here. Assistant City Manager Patrick Duhaney is now acting city manager until a permanent replacement for Black can be found. Mayor John Cranley is the person tasked with naming the manager under the city’s charter, but city council will have to approve his choice.

Black’s resignation came after Cincinnati City Councilman Greg Landsman Friday said he would switch his position on Black and vote to dismiss him. Landsman was one of five councilmembers holding out on firing Black, but said that the breaking point was the city manager’s lack of response to the death of 16-year-old Kyle Plush, who died trapped in his van after calling 911 twice and receiving no assistance.

• The Cincinnati Police Department issued a statement Friday saying that an officer was on desk duty after an incident on West McMillan Street near the University of Cincinnati. A video of that incident shows officers arresting a juvenile male while an angry crowd accuses an officer of Tasing the young man for no reason. Police presence at the scene increases greatly during the video, and one other juvenile male is also shown being led away in handcuffs. CPD says five juveniles reportedly threatened a store owner in the area, and that one fled when police arrived. According to CPD, an officer, Michael Smith, attempted to Tase him but was unsuccessful. Smith is on administrative duty pending an internal investigation into his actions. CityBeat has requested the police report and body camera footage from the incident.

• South Cumminsville residents and local officials launched a two-year plan to improve food access in the neighborhood Saturday. The neighborhood, which is a food desert, received a grant from the Environmental Protection Agency to fund a planning process that participants hope will lead to better availability of healthy and affordable food in the low-income community. That planning process launched in September last year. Goals the community wants to achieve include finding ways to boost healthy food businesses run by local residents, redeveloping former industrial sites as areas of food production or sale and helping the development of Apple Street Market in nearby Northside. South Cumminsville was one of 25 communities across the country to receive the EPA grant.

• The Council on American-Islamic Relations today will release a report it says shows concrete evidence that anti-Muslim discrimination and violence increased after President Donald Trump attempted via executive order to place a travel ban on a number of majority-Muslim countries. CAIR says that ban, since reversed by federal courts, triggered a new wave of anti-Islamic sentiment in the U.S. A revised version of the ban goes before the courts once again Wednesday. CAIR’s report will also show the overall rise in violence and discrimination against Muslims in 2017, CAIR officials said in a statement today.

Locally, CAIR representatives will release the report at 10:30 a.m. at their Cincinnati chapter office on Kemper Road.

• How are centers focused on LGBTQ students responding to potential roll backs on protections for members of queer communities? You can read CityBeat freelancer Mackenzie Manley’s story here all about what two local centers — at Northern Kentucky University and University of Cincinnati — are doing for students at a time when gains in LGBTQ rights are in question. Their efforts include everything from helping students going through a gender transition change their names in their schools’ online systems to efforts to create more LGBTQ-friendly housing options.

• Former Ohio House Speaker Cliff Rosenberger crashed at a five-star hotel and got an exclusive historical tour when he visited London last August, according to this Cincinnati Enquirer article. That trip may well be a focus of inquiry in an investigation by the FBI. During the trip, Rosenberger also spent a good deal of time rubbing elbows with lobbyists from Ohio’s payday loan industry, which some state lawmakers have been attempting to regulate more tightly. GOPAC Education Fund, a conservative group, funded Rosenberger’s trip. Lobbyists contributed $25,000 each to the trip and on the junket got to meet with Rosenberger and other lawmakers from states fighting battles over payday lending. Rosenberger and lobbyists toured England’s houses of Parliament and met with two Parliament members, lunched with the granddaughter of Winston Churchill and took a champagne-sipping bus tour of London. Ohio ethics guidelines state that such trips aren’t illegal, necessarily, but that lawmakers taking them must abide by tight rules around reporting who pays for them and whether they’re related to state government business. The trips also can’t influence a legislator’s vote. It’s unclear if Rosenberger has violated any of those rules. He resigned from his spot as the Ohio House speaker last week after revelations that the FBI was conducting a probe into his conduct.

• Ohio Gov. John Kasich today will sign an executive order aimed at improving background checks for gun buyers. Ohio law contains loopholes that can allow convicted felons to buy guns, the governor says, and he wants to close those as soon as possible without wrangling with lawmakers at the State House.

"In too many communities, convictions aren’t uploaded to the National Criminal Background Check system as they should be," Kasich tweeted this morning. "This afternoon, I’ll take action to help close this gap to keep weapons out of the wrong hands in our state."

Kasich’s move comes as he seems to reconsider his once-staunch opposition to gun control. That shift started after the mass shooting in Parkland, Fla., which refocused national attention on gun control issues.