Noah Thompson, 19, has his friend to thank for three "yes" votes from the judges. 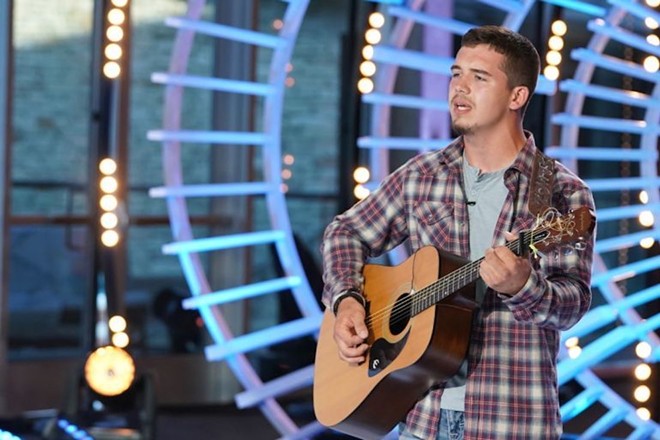 A musically gifted Kentucky man has advanced to the next round of American Idol.

Noah Thompson is a 19-year-old construction worker in the small town of Louisa, Kentucky, in Lawrence County, and he submitted a virtual audition for “American Idol” only because his best friend and coworker Arthur Johnson told him to he noted in his video.

It paid off, though — he’s going to Hollywood.

Thompson auditioned in front of judges Katy Perry, Luke Bryan and Lionel Richie. In his audition, which aired Feb. 27, Thompson sang “Giving You Up” by Kameron Marlowe and accompanied himself on the guitar.

Bryan asked Thompson to sing the chorus again with more intention, and after that, he and his fellow judges had only accolades for the young musician.

Richie told Thompson, “You got a real-life, storytelling, badass voice,” and Katy Perry said, “You are the American dream.”

In the video, the judges brought Johnson into the room to talk about Thompson’s path to American Idol and joked about Johnson becoming Thompson’s manager.

Perry said, “Thank you, Arthur, for seeing him better than he could see himself.”

As is American Idol tradition, the three told him in sync, “You’re going to Hollywood!”

You can follow Thompson’s continuing story on his Facebook page. In a recent post, Thompson said he is “over the moon by all the nice comments” and thanked followers for their support.