We Still Don’t Know For Sure Where COVID-19 Came From. Here’s Why.

Genetic material from viruses and evidence of past infection offer clues, but questions remain 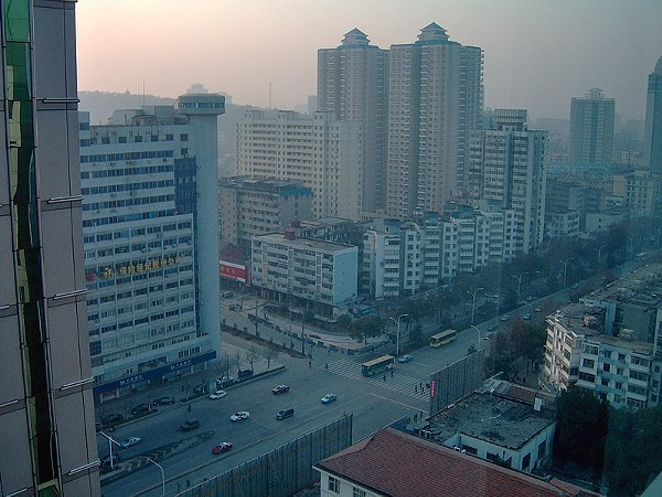 Photo: Wikimedia Commons/ S. Fogarty
Wuhan, China. The world learned about COVID-19 in the wake of a cluster of cases in Wuhan. But in time, reports suggested the virus may have gained a foothold elsewhere.

More than a year after the novel coronavirus had spread to all corners of the globe, officially becoming a pandemic, we still don’t know where it came from (SN: 3/11/20).

Many researchers agree the virus most likely came from nature, probably harbored in bats. Even so, conspiracy theories claiming that the virus came from a lab arose shortly after the first genetic blueprint for SARS-CoV-2 was unveiled in January 2020. Using that very genetic blueprint, multiple studies have refuted the lab-borne hypothesis and continue to point to bats as the original source of the virus.

But even after more than a year of sleuthing, many questions remain. It’s unclear where those bats lived. Nor do researchers know whether another animal was responsible for helping the virus jump from bats to people. Answering these questions could take years. Viruses often take labyrinthian journeys as they hop from host to host, so tracing their origins is time-consuming. And with myriad versions of coronaviruses circulating in bats, finding the ones that gave rise to SARS-CoV-2 will require both luck and skill.

Still, identifying the source of SARS-CoV-2 is important, says virologist Chee Wah Tan of the Duke-NUS Medical School in Singapore. Knowing the virus’s origin could help researchers figure out ways to keep an eye out for similar viruses and, hopefully, prevent future outbreaks.

Photo: CC 4.0/Gregg Yan
After SARS-CoV-2 began spreading, researchers identified related viruses in pangolins, such as this Malayan pangolin (Manis javanica) confiscated in an animal smuggling ring in Kuala Lumpur. The finding led some experts to suspect that infected pangolins may have helped the coronavirus jump to people, but subsequent studies suggest pangolins are not directly involved.

Two types of clues are crucial for tracing a virus back to its source: viral genetic material and evidence of past infections.

Genetic material, such as viral DNA or RNA, is the more revealing of the two. As a virus spreads among hosts, it mutates in unique ways (SN: 5/26/20). By tracking the changes that viruses accumulate, scientists can infer how a virus spread from host to host, from animal to human. The more virus blueprints from people and animals that researchers have, the clearer the picture becomes — like how knowing all of a person’s grandparents helps trace ancestry.

Such analyses led researchers to discover SARS-CoV-2’s closest coronavirus relative, called RaTG13, in bat droppings found in 2013 near a cave in Yunnan, China (SN: 7/28/20). More recently, scientists found a bat virus collected in 2020 from the same region that is more closely related to the new human coronavirus than RaTG13 in some genes.

Evidence of an infection that has already cleared can also help researchers retrace a virus’s steps. Those signs typically come from antibodies, proteins the immune system leaves behind after eliminating a virus from the body. Finding antibodies that recognize SARS-CoV-2 tells researchers that a person or animal had been previously infected, and researchers can use that information along with contact tracing to reveal the pathogen’s early days (SN: 4/28/20).

But some people with COVID-19, the disease caused by the coronavirus, never develop symptoms. That makes the virus harder to track, because those people might never know that they were infected, says Jonna Mazet, an epidemiologist at the University of California, Davis and director of the university’s One Health Institute. And if the immune proteins wane in the blood, that evidence of infection can slowly disappear.

Both the virus’s genetic material and signs of antibodies in people infected with COVID-19 have been important to tracking SARS-CoV-2’s origins. So far, though, there’s no clear record of the first human cases. The world learned about COVID-19 in the wake of a cluster of cases at the Hunan Seafood Market in Wuhan, China. But in time, reports revealed cases not associated with the market from mid-December 2019, a hint that the virus may have gained a foothold elsewhere.

Several teams of researchers have been working to track the virus and its origins for months and in January, the World Health Organization sent a team to China to search for clues to where it came from. Though the visit did not answer major questions about the beginnings of the pandemic, the team concluded that the virus was not likely to have been leaked from a lab; it might have even come from outside of China, the scientists say.

An analysis of viruses found in samples from humans compared with viral material from other animals shows that coronaviruses similar to SARS-CoV-2 are also circulating in bats and pangolins in Thailand, virologist Tan and his colleagues reported February 9 in Nature Communications. A separate preliminary study posted January 26 at bioRxiv.org found related coronaviruses in bats from Cambodia.

These findings bolster work from last year that found that the novel coronavirus has some features that could come only from viruses circulating in animals, making lab-origin hypotheses less probable (SN: 3/26/20).

Photo: REJOICE GASSAH/INATURALIST.ORG (CC BY 4.0)
Coronavirus-infected masked palm civets, such as this Paguma larvata spotted in Myanmar, from a live animal market were initially linked to the 2003–2004 SARS outbreak.

Though researchers have been scrutinizing the source of SARS-CoV-2 since the outbreak began, one of the biggest challenges is time, Mazet says. “Going back and re-creating [a transmission event] more than a year later is incredibly difficult,” she says. “But it is possible to collect a body of evidence that points in the right direction.”

That’s what happened with the first SARS outbreak in 2003. The virus began spreading widely in February, but the first cases appeared in late 2002 in people who had contact with wildlife, a hint that the virus came from animals. By October 2003, after the worst of the outbreak was over, researchers reported another hint: Some masked palm civets sold at a live animal market had been infected.

Later it became clear that wild palm civets (Paguma larvata) didn’t carry the virus in nature. Only ones sold at the market had been infected — meaning the animals were probably not the natural hosts of the virus. Researchers ultimately pinpointed horseshoe bats (Rhinolophus) as a potential source. That genetic detective work revealed that civets most likely got the virus from bats and then passed it onto the people who handled civets.

Even still, the search continued. In 2017, genetic analyses revealed several bat coronaviruses carried bits of RNA that constituted the original SARS coronavirus that sparked the 2003 outbreak and could recombine to form similar viruses (SN: 11/30/17). The research moved slowly and took time. The search for the origins of the newly emerged SARS-CoV-2 is following the same format. This time, at least, researchers already know that bats harbor SARS-like coronaviruses.

Having bats as the prime suspect isn’t enough to trace the virus’s origins. There’s essential information about bats’ biology and ecology that researchers don’t yet have, which makes it harder to home in on how humans contracted SARS-CoV-2. Researchers don’t fully understand how bats interact with the viruses they carry and therefore how they might transmit viruses to other animals. It’s also largely unknown how the environment where bats live might make them more likely to transmit a virus to another animal.

To get a better sense for how bat viruses might spark a pandemic, researchers need to study how those viruses might get their start in natural habitats, says Raina Plowright, a disease ecologist at Montana State University in Bozeman. “There are all these drivers that we need to be thinking about — what’s bringing humans into those landscapes and what’s driving the pathogen circulating in bats?”

The search for the animal viruses that sparked an outbreak in another species is like hunting for a specific stalk of hay in a haystack, says Colin Parrish, a virologist at Cornell University. Bats carry lots of viruses — coronaviruses and others — so researchers have to look in the right geographic location to find identify viruses similar to SARS-CoV-2. And to complicate the search, a virus might be there one season and gone the next, so timing matters. “It’s possible that this is the wrong time,” Parrish says.

It’s unclear why viruses come and go, says Plowright. Studies have shown that stressed bats are more likely to shed viruses into the environment, kind of like stressed people getting cold sores from herpes viruses. So one possibility is that persistently infected bats may become contagious because of stressors like habitat loss, and then stop shedding the virus when the threat is gone.

Another possibility is that coronaviruses sweep through bat populations much like measles does through people: short periods of infectiousness with fast transmission. In that scenario, a virus in bats might burn through a population until all the animals are recovered, then jump to the next group of bats.

It’s hard to figure out which scenario occurs in nature. Doing so requires heaps of data about the health and immune status of bats as well as the environmental conditions. And there could be different answers for the different viruses that bats carry.

What’s clear is that data collected on the effects humans have on the environment, and the animals that live there, could help officials make decisions that protect the public from future outbreaks, Plowright and her colleagues write March 5 in Lancet Planetary Health. Cutting down swaths of dense rainforest to make room for agriculture or building a road could bring people in closer proximity to stressed animals infected with viruses. Knowing when bats are more likely to shed viruses could help mitigate the risk of transmission.

It might also help fill in some of the gaps on the origins of the novel coronavirus. “I don’t think we will ever be able to say with 100 percent confidence what happened [with SARS-CoV-2] because a year’s gone by,” Mazet says. But, she adds, we may be able to get to an answer in which “we’re all reasonably confident.”

This story was originally published by Science News, a nonprofit news source, and republished here with permission