Wendy’s Removes Lettuce From Sandwiches in Ohio and Other States Due to E. Coli Outbreak

The CDC says that they are not advising against eating at Wendy’s or romaine lettuce at this time. 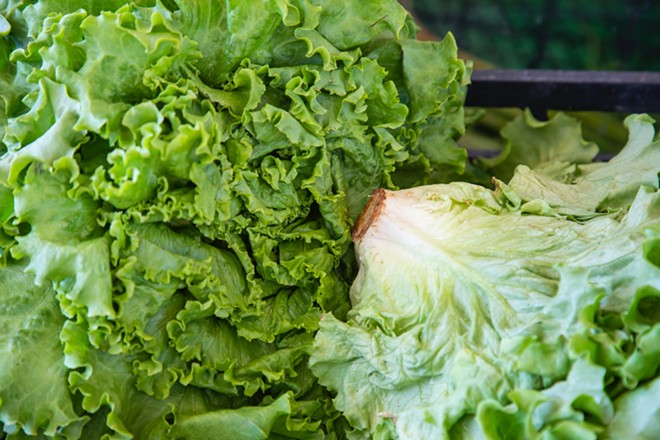 Photo: engin akyurt on Unsplash
Wendy’s has removed the romaine lettuce from their sandwiches due to the outbreak.

Ohio-based fast food chain Wendy’s has announced that they are removing the lettuce from their sandwiches after the Centers for Disease Control and Prevention (CDC) received reports of sickness related to E. coli bacteria.

According to the CDC, there have been reported outbreaks in four states: Ohio, Indiana, Michigan and Pennsylvania. There are currently 37 people sick, with Ohio having the highest concentration at 19 cases.

The CDC is reporting that while it has not been fully confirmed as a source, many of those who are sick reported that they ate sandwiches with romaine lettuce from Wendy’s before getting sick. These reports came from Ohio, Michigan and Pennsylvania.

So, out of caution, Wendy’s has removed the romaine lettuce from their sandwiches in the affected areas, however, they are not removing their salads as they say they use a different type of romaine for those.

E. coli is a bacteria that lives in human and animal intestines; it is spread through the ingestion of fecal matter, according to the CDC. They report that this actually happens “more often than we would like to think about” and can occur through everything from changing a diaper to eating a contaminated piece of lettuce.

The CDC says they are not advising against eating at Wendy’s or eating romaine lettuce at this time, as Wendy’s has taken precautionary measures and there is currently no evidence that the bacteria is in romaine sold in grocery stores.

They do suggest you contact a healthcare provider if you have diarrhea coupled with a fever, diarrhea for three or more days, bloody diarrhea, vomiting to the point where you cannot keep liquids down and/or severe dehydration.

To help stop the spread, the CDC is asking that if you feel you are sick from E. coli you should note everything you ate for the past week and contact your local health department.