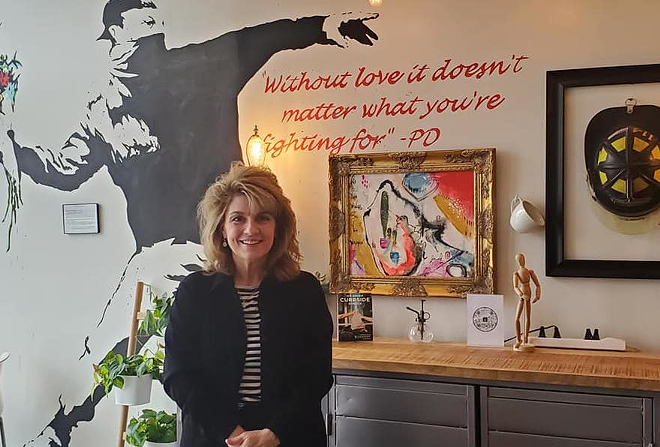 After a discredited doctor’s conspiracy theories involving COVID-19 vaccines, magnetics and 5G towers made a mockery of the Ohio House of Representatives, the Health chairman blamed the sponsor of anti-vaccination legislation for inviting the doctor to testify before the committee.

Lipps said he warned against Tenpenny, but Gross “vehemently” overrode his objections.

Tenpenny is a prominent anti-vaccination advocate who was deemed “unreliable” by a special master in federal court, who forbade her testimony as an expert witness in an alleged vaccine injury case.

“We did not include Tom Renz or Sherri Tenpenny on our agenda,” he said. “They protested, called me personally, and said they wanted Renz and Tenpenny.”

Renz and Tenpenny both testified in support of Gross’ House Bill 248, which would prohibit colleges, insurers, hospitals, nursing homes, employers and others from requiring, incentivizing or asking about vaccination — all vaccines, not just for COVID-19. Public health experts have said in previous interviews the legislation would suppress Ohio’s vaccination rates against a number of diseases and increase the likelihood of outbreaks of infectious disease.

Tenpenny, one of the few invited witnesses, unleashed a torrent of inaccurate and bizarre claims about purported dangers of the vaccine. She alleged that vaccinated people become “magnetized,” as evidenced by pictures on the internet of them with forks and spoons sticking to their persons.

“There has been people who have long suspected there was some sort of an interface, yet to be defined, an interface between what’s being injected in these shots, and all of the 5G towers,” Tenpenny said.

The comments, which are not accurate, would soon drag the Ohio House through lampooning national media coverage and ridicule from late night comics like John Oliver and Stephen Colbert.

At 1:47 a.m. the day after Tenpenny’s comments, the doctor emailed Gross to thank the lawmaker for being “strong and brave” and allowing her to testify, according to an email obtained in a public records request.

In the email, Tenpenny sent a largely unrelated article from the Journal of Nanobiotechnology examining the biochemical functionality of magnetic particles as nanosensors, which are used in cancer diagnosis and treatment. Tenpenny seemed to claim it as proof of her comments regarding COVID-19 vaccines.

“Don’t let them bully you or disparage me,” she wrote. “We’re on to something here… and the LOUDER they scream, the more they are trying to hide. I stand by everything I said today. I put out FACTS and HYPOTHESIS (points to ponder).

The day after the testimony, with the comments going viral online, Gross came to Lipps’ office and said she needed help with “damage control,” according to Lipps’ remarks in an interview.

“I would expect nothing different from Rep. Gross,” he said in a text message to the Capital Journal. “I have quickly learned she (accepts) no responsibility for her actions or decisions and is quick to blame anyone and everyone. Also, the first agenda we (put) out for proponent testimony had NO Renz and NO Tenpenny. Rep. Gross vehemently objected.”

When the House Health Committee met a week after the comments went viral, Lipps defended the practice of bringing in witnesses like Tenpenny, even if doing so made people “uncomfortable.” He emphasized the importance of hearing from those one disagrees with.

“Please step outside your own little world and understand that people are not all the same, and they don’t all believe the same,” he said. “You are not always right.”

Ohio Advocates for Medical Freedom helped draft Gross’ HB 248 legislation and has paid for a spread of radio ads to gin up support for the bill, according to disclosures with the Federal Communications Commission.

Stock — president of the group, which researchers found to be the fourth-largest purchaser nationwide of anti-vaccination ads on Facebook — declined to answer questions for this report.