Coca-Cola is having the best week ever in the wake of *that* Pepsi ad; comedic icon Don Rickles passed away at age 90; Greater Cincinnati's first cat café opened in Mason. 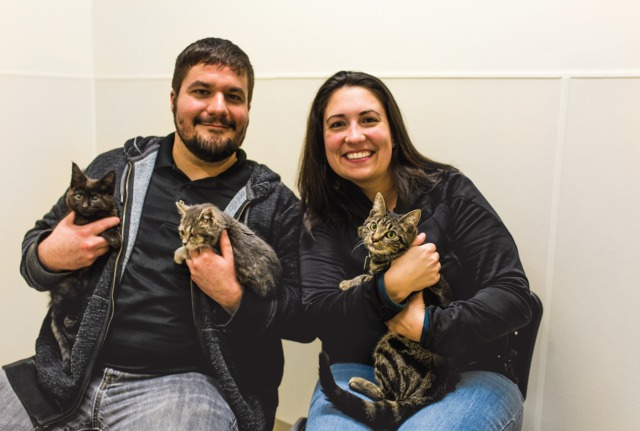 Coca-Cola is having the best week ever after Pepsi decided to run a problematic, protest-centered commercial that reeked of white privilege courtesy of Kendall Jenner. The “live for now” ad felt like a conservative’s interpretation of any recent protest movement: just a bunch of ethnically ambiguous, gender neutral pierced millennials protesting for literally no reason (marchers held posters with peace signs and vague language like “Join the movement”) with some celebrity cameos. The action comes to a head when Jenner approaches a lineup of cops and hands one a can Pepsi. A Coachella-esque celebration erupts. Oy. Everyone knows that Coke is king and Pepsi is disgusting. But we’re still shook over this commercial coming from the same soda giants that gave us the epic Britney Spears/Pink/Beyoncé Super Bowl ad of 2004! Within 24 hours, Pepsi pulled the ad and apologized to… wait for it… Kendall Jenner! Poor Kendall. She probably thought she was going to come out of this looking like a woke Cindy Crawford (Pepsi’s previous spokesmodel), but will instead go down in history as the Kardashian who thought a cool beverage could soothe race relations. #PrayForKendall

The world lost a comedic icon this week when Don Rickles passed away at age 90. Rickles was an O.G. insult comic, the voice of Mr. Potato Head in Toy Story and a Las Vegas legend. The guy made “Roastmaster” Jeffrey Ross look like a little bitch. Those opposed to the apparent P.C. climate are quick to bemoan how Rickles would never be able to work today — in addition to roasting everyone from strangers on the street to Frank Sinatra, he had no problem skewering race, religion, sexuality or people’s looks — but prior to his death, Rickles completed a TV project for AARP studios (go ahead and laugh — he would). Dinner with Don finds Mr. Warmth dining with fellow comics at some of his fave restaurants and should debut later this year. So suck on that, ya hockey pucks!

In this week’s edition of “Cincinnati on TV,” local entrepreneur Rick Pescovitz pitched his business, Under the Weather, on Friday’s episode of Shark Tank. Pescovitz created a pod that shields sports spectators from the elements. The Under the Weather pods protect against cold, wind and rain and have become popular among parents of soccer players. Pescovitz accepted shark Mark Cuban’s deal of $600,000 for a 15 percent stake in the company with an option to buy more. But the only valuation we’re wondering about is how much you have to bribe your kid to be seen with you in an embarrassing pod.

But the Cincinnati spotlight doesn’t end there! The Tristate served as the location for two skits on Saturday Night Live. In the episode’s cold open, Alec Baldwin’s Trump chatted with residents in the coal-mining town of Union, Ky. (Wait, what?), basically portraying all Kentuckians as redneck Trump supporters that, despite getting fucked by his policies, continue to back the president. Elsewhere, host Louis C.K. played a creepy soda jerk in 1950s Cincy, basically portraying all Cincinnatians as root beer-hawking pedos. Some regional stereotypes are more enduring than others.

Greater Cincinnati’s first cat café, Kitty Brew, opened Sunday in Mason. The space serves as a traditional coffee shop with drinks and snacks and a feline hangout with cats available for adoption. The cat companions are in demand so much that a reservation is required to visit the kitty lounge (walk-ins are also welcome depending on availability). Ten bucks buys you 50 minutes of cat cuddling, and if you hit it off with one of the fuzzy friends, you can move forward with adoption on the spot. And yes: The cats stay in a separate space from where food and drink are prepared, so you don’t have to worry about coughing up any hairballs after eating a scone. Read more about Kitty Brew here.

Donald Trump hosted Chinese President Xi Jinping this week and did not serve the leader McDonald’s, as Trump once promised. Despite obvious tension, the visit went pretty smoothly. We’re going to credit Ivanka Trump and Jared Kushner’s 5-year-old daughter Arabella for that. The tiny Trump performed a song in Mandarin for Xi and wife Peng Liyuan, as you do. A 5-year-old speaking Mandarin, a beautiful working mother, the perfect family façade — the Trump-Kushner clan is totally straight out of Big Little Lies. The name Arabella is suspiciously close to Amabella, the name of Renata’s daughter, which was repeated no less than 35 times per episode. Maybe they should embrace it and leave D.C. for Monterey. On second thought, Arabella might be the perfect go-between for her grandpa and the Chinese government. We need her more than ever!

The MTV Movie Awards are known for golden popcorn trophies, silly categories like Best Kiss and bestowing lifetime achievement awards to fictional characters like Godzilla and Jason Voorhees. But this year, in addition to rebranding as the MTV Movie and TV Awards (a bit of a mouthful, but we’ll take it), the show got a progressive makeover. The awards did away with gendered categories among nominees (i.e. Best Actor in a Show nominees are made up of two men and four women), and people of color and LGBTQ-related fare are pretty well represented. It’s also maybe the first awards show to nominate movies and shows in the some of the same categories. Before you write off all other award shows entirely, remember this is MTV. Pretty Little Liars and Mike and Dave Need Wedding Dates appear alongside the likes of Moonlight and I Am Not Your Negro, which is definitely weird. But lest we forget, Suicide Squad won an Oscar. Unfortunately, the Best Shirtless Performance category has been retired, which sucks for Girls’ Lena Dunham, who would’ve been a shoe-in.