Beyoncé shared a photo of her newborn twins, confirming the holy ones were born one month ago; Cards Against Humanity for Her was released; BBC shocked the nerd world by announcing Doctor Who’s 13th Doctor: Jodie Whittaker, a real, live woman! 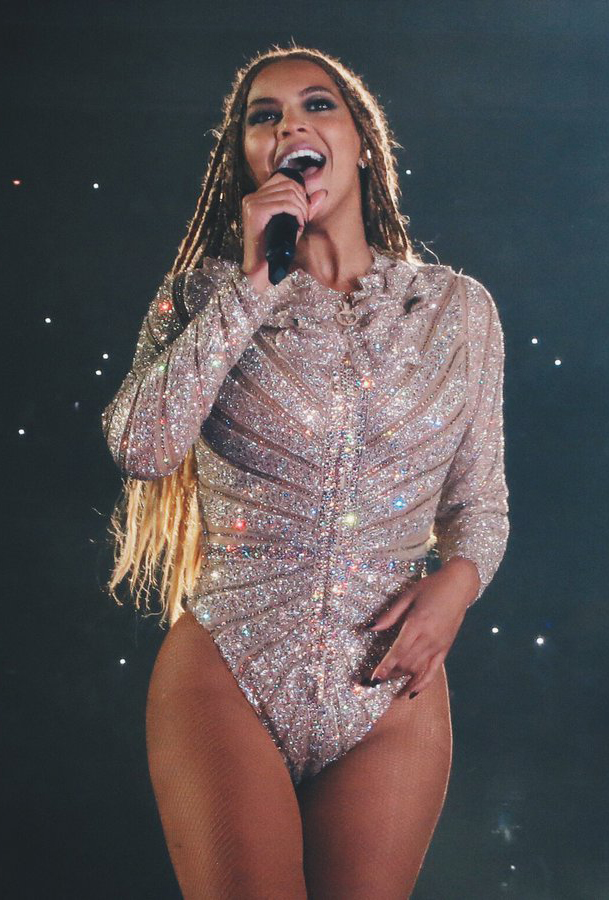 The American Dream has been crushed by fancy restaurants. Folks without a college education who don’t know their Italian meats have been shunned by society. In a New York Times editorial dramatically titled “How We Are Ruining America,” columnist David Brooks points out the societal divides between the college-educated upper middle class and the lower middle class that often don’t have a higher education. As the rich get richer, the less fortunate are being more excluded from valuable opportunities and cultural experiences. OK, you had us so far, Brooks, but you lost us when you started patronizing your uneducated friend for not knowing the ingredients on an Italian restaurant menu. “Recently I took a friend with only a high school degree to lunch. Insensitively, I led her into a gourmet sandwich shop,” Brooks recounts, explaining how the sandwich names on the menu apparently freaked his friend out. Thankfully, he was able to rescue her by suggesting a Mexican restaurant instead, because somehow queso and guac are more accessible than cured pork to simple folk. The real question isn’t whether restaurants or society at large exclude the less educated, but rather: Can we find a way to blame this on millennials?

Sometimes a type font can be a dealbreaker. Apply for a design position with Papyrus on your resume, and you may miss out on a new job. Send a friendly email in Chiller, and it could be interpreted as a menacing message. This week we learned: Never use Calibri. Pakistan Prime Minister Nawaz Sharif is currently facing legal troubles stemming from the 2016 release of the Panama Papers. An investigation into his family’s wealth revealed a 2006  property deed typed in Calibri. The issue here has nothing to do with design aesthetics — this Microsoft font did not debut until 2007, leading some to believe the documents were forged and backdated. Understandably, the prime minister and his family are facing major scrutiny. And we thought using Comic Sans was a crime!

In the early hours of the morning, Beyoncé finally shared a photo of her newborn twins, confirming that the holy ones were born one month ago and their names are Sir and Rumi. Praise be! This had all been reported last month but we never mentioned it because none of it was confirmed by Beyoncé, JAY-Z their reps or even Blue Ivy. All reports were based on super credible facts like a paparazzi shot of someone showing up to an L.A. hospital with boy and girl balloons and a card addressed to “B & J” and a report that the couple filed legal docs to secure rights to the names Rumi Carter and Sir Carter. So yeah, you could say we’re the most reliable source for verified news! The on-brand photo shows Queen Bey holding the tiny babes, complete with a blue veil, silk skivvies and a floral arch. Clearly Beyoncé’s 2017 vibe is Michael’s-fake-flower-section realness and we’re feeling it! Congrats to the entire Carter family, and condolences big sis Blue, who you know is already over this mess and ready to drop some bars about it for her dad’s next album. Track title suggestion: The Big Sis Blues?

Apparently Disney has its own comic con? The D23 Expo, an Official Disney Fan Club biennial event, descended onto Anaheim, Calif. this week. Fans got a sneak peek at upcoming Disney flicks like the live-action remakes of The Lion King, Dumbo and Aladdin — the last of which featured a cast announcement. Newcomer Mena Massoud and Power Rangers’ pink ranger Naomi Scott will star as Aladdin and Princess Jasmine, respectively, with Will Smith portraying the Genie. The casting follows reports that the studio couldn’t find a good fit, even after considering talented actors like Riz Ahmed and Dev Patel — and people worried they’d whitewash the film. For context, Scott Weinger voiced the title role in the 1992 animated original. That’s right, Steve from Full House, the textbook definition of a Caucasian man, played Aladdin.

“Party game for horrible people” Cards Against Humanity released a new collection this week: Cards Against Humanity for Her. It includes the exact same cards as its original pack, only it’s in a pink box and costs five bucks more. Et tu, CAH? First it’s razor and pens, now this? Hold up: You know with these trolls (they sell a card game for $25 and everyone keeps buying it!) it’s not that simple. Proceeds from the game benefit EMILY’s list, an organization that works to get pro-choice Democratic women elected to office. So technically, it really is “for her.” The announcement is hilarious, clearly satirizing products that shamelessly market to women. And since they already offer CAH expansion packs like the Weed Pack, the Jew Pack and the Your Shitty Joke pack (literally blank cards for you to fill out), now there’s the Period Pack that contains “30 brand new cards written while we were all on our periods.”

Speaking of periods (sorry), BBC shocked the nerd world by announcing Doctor Who’s 13th Doctor: Jodie Whittaker, a real, live woman! For those out of the Who loop, The Doctor is a time-traveling alien who regenerates into different looks, which is why there have been 12 different actors to fill the role since 1963. Many applauded the casting of a woman, saying it’s a great role for girls to look up to, but of course there was some PC-fearing pushback a la Ghostbusters. Cue the meninist violins and take a look at #NotMyDoctor if you want to hate humanity!

This week in questionable decisions: While a committee is pushing for The Rock to run for president, Kid Rock is actually running for Senate — and apparently people are taking “Rock the Vote” literally; PETA made a photographer go broke by suing him over the rights on a monkey selfie; President Trump told French First Lady Brigitte Macron that’s she’s “in such good shape”; and a former NASA engineer used his expertise to build the world’s largest Super Soaker. JK, that’s not a questionable use of engineering — it’s awesome.