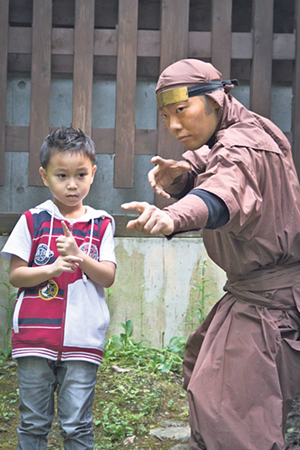 Cents and the City

People are mad about a Refinery29 story that’s part of an ongoing series called “Money Diaries,” in which a 21-year-old shares her lifestyle and spending habits for a week on a $25-per-hour internship salary…and a monthly stipend from multiple family members. With a title like “A Week In New York City On $25/Hour And $1k Monthly Allowance,” you know what you’re signing up for when you click to read on: seething, bitter jealousy. The anonymous poster’s parents also pay her rent. She’s still in school so she doesn’t have any student loans, and won’t ever because they’re paying for that, too. She’s a marketing intern making $25 per hour but claims it’s boring and she shops online a lot at work because they don’t give her enough to do. Joke’s on you, kid, I have lots to do at work and still manage to make all my e-commerce purchases on the clock.

Anyway, this nameless, faceless and fancy-free student is now the millennial poster child and that ain’t cool. I mean, is it fair to be pissed about someone openly disclosing their kept lifestyle? Isn’t that better than pretending to struggle just as hard as the rest of us povos? BTW, there have been many different women who’ve submitted Money Diaries, of various ages and incomes.

For me, the most disturbing part of the story wasn’t the $23 goat cheese and avocado wrap, the $55 she spent on coffee last month (“Not too bad, tbh.”) or the fact that she and her rich friends insist on splitting the costs of everything from a $30 Uber to a few sips of Bacardi, but that I didn’t know what Brazilian sugaring was and when I Googled it, that shit was NSFW!

The 20-something hatred doesn’t end there! Times Higher Education published a piece titled “Millennials: the age of entitlement,” wherein a professor recognizes the generation’s financial burden when it comes to higher learning, but says she has trouble respecting these students who cannot read critically or take responsibility for their learning.

(Sidebar: If you’re going to group people arbitrarily by birth year in a range that spans nearly two decades, it’s worth noting that the youngest millennial at this point is 22 and likely finishing up or graduated from college.)

But there’s at least one person defending millennials! Scottish academic Jenny Bann #TookToTwitter to share some insights from her research of 18th-century student disciplinary records. Spoiler Alert: All young people are dumb, no matter what generation. Some hijinks kids found themselves in 300 years ago? Dueling with swords; getting loudly and raucously drunk and getting kicked out of taverns; disturbing the house with noise and breaking the furniture; making “obscene toasts” when drunk; oh, and skipping class. Kids today yesterday, right?

The ESPY Awards (aka the Excellence in Sports Performance Yearly Awards) took place this week, which, tbh, aren’t that appealing to me. I think I only watched them once before to follow the Kardashian storyline when Caitlyn Jenner was honored a couple years ago. But nothing is on TV Wednesday nights so I tuned in, and, I have to hand it to host Danica Patrick! As the first woman and (retired) race car driver to host, she did a solid job — even if you wouldn’t know it by the sleepy audience. Her jokes fell flat on the straight-faced crowd, who even had to be rallied by Jon Stewart to applaud a veteran honoree. “One cheer for the Marines? Really?”

That woke ‘em up. But seriously, how can you be so somber while rocking a mohawk and a designer short-suit? (Patrick came out in her own pink version that looked so good it actually made me reconsider athletics’ new fave fashion statement.) For a room full of athletes, these folks weren’t really good sports! (Sorry.) A highlight of the night was a riff on I, Tonya dubbed Me, Danica, where the host really flexed some hilarious acting chops. Aaron Rodgers appeared as a Jeff Gillooly-inspired character. Patrick also drew attention to the “real national anthem controversy” — Fergie’s woeful rendition at the NBA All-Star game. I mean, I laughed a little. Am I lame?

Then, some serious stuff: 150 survivors of Larry Nassar’s sexual abuse, coaches from Marjory Stoneman Douglas High School and former quarterback Jim Kelly, who is battling cancer, were all honored at the event.

And finally, ESPY Bae Jake Wood. The Pat Tillman Award recipient is basically a saint who played football for Wisconsin before joining in the Marines after 9/11, and founded Team Rubicon, a nonprofit disaster relief organization that deploys volunteer response teams of veterans all over the world. He’s also very attractive. In his acceptance speech, he shared a saying they have at Team Rubicon: “If Americans treated each other every day like they do after disasters, we’d live in a truly special place.” In closing, he advised viewers, “Know your neighbor, love your neighbor, help your neighbor.”

Wanna Be a Ninja?

This is not a joke: There is a ninja shortage in Japan. The rural city of Iga, which claims to be the birthplace of the ninja, is actually facing a human shortage with depopulation and young people opting for cities over the countryside. In an effort to boost tourism and population, the mayor is promoting Iga’s ninja heritage and has even received government funding to relocate city hall and turn the current space into the city’s second ninja museum. Now what they’re seeking are ninja performers to train for entertainment purposes. The kicker: these “wannabe” ninjas can earn up to $85,000 a year. So remember, if that bachelor’s degree is still taking you nowhere, Iga has its welcome mat out for you.

One unexpected challenge would be surviving the country’s oppressive heat. It’s the hottest summer in Japan’s history, with a recent heat wave claiming 44 lives since July 9. Now folks are worried about the 2020 Summer Olympics in Tokyo. Not to mention those black ninja outfits — they don’t seem very breathable.