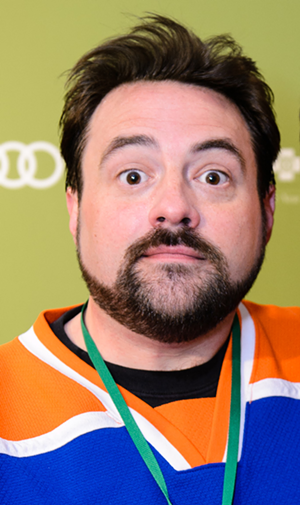 International Women’s Day landed on Wednesday, observed across the country and world for more than 100 years. Organizers behind the Women’s March on Washington encouraged ladies to participate in A Day Without Women by striking from paid and unpaid work, wearing red in solidarity, staying off social media and only spending money at small, women-owned businesses. It was an opportunity to continue the progress seen in the marches around the globe in January, but some saw it as a marketing opportunity. Netflix ran a decent ad that showed various shows buffering whenever a female character appeared  — “Our stories don’t work without women,” the ad stated. “And the world wouldn’t, either.” — but others were a little more tone deaf. Snapchat promoted filters based on notable women in history like Marie Curie, Frida Kahlo and Rosa Parks… but the filters were more focused on adding makeup and changing skin tones than honoring the icons. Burger King China sought out a Burger Queen for the day. SMH. And to our north, Canada Bae Justin Trudeau’s wife Sophie Grégoire Trudeau used the holiday to call out male allies and recognize all the great men in women’s lives. OK, honey. Let’s not give women even more reasons to resent you. Locally, a Tom + Chee account posted, then deleted, “A Day without Women? Try going a day without our Southwest Pork BBQ Melt...” Cringe! WWBD?: What Would Barbara — Corcoran, the restaurant’s Shark Tank investor — Do? Destroy whichever failed-comedian employee posted that shit. One thing’s for sure: On A Day Without Women, there isn’t anyone around to catch egregious, patronizing marketing gaffes.

A new fancy Kroger opened up in Corryville Thursday to much fanfare. And rightfully so — the location has been in the works for more than a year, but judging by the amenities boasted by the grocery store, it was worth the wait. In addition to a nearly 70,000-square-foot shopping space, this double-decker Kroger features a second floor exclusively for boozers, with local wine and beer, a bar and a growler-filling draft station. Expect an expanded natural foods section, a “living wall” of vibrant vertical plants, a Murray’s Cheese shop, a bistro, a Starbucks and multiple stations to order prepared meals to take home or enjoy in the ample seating area upstairs. The wannabe Whole Foods opens in the spot of what used to be lovingly referred to as Kroghetto, a smaller, outdated grocery many UC alumni will recall drunkenly navigating in their youth. What shall we call this new incarnation? Krogentrified?

Los Pollos Hermanos, the fictional chicken restaurant from Breaking Bad and, soon, Better Call Saul, opened IRL in Austin, Texas as part of South by Southwest, the music and film (and now apparently TV) festival that is basically becoming a hipster Comic-Con. Fans arrived in droves to scope the space, munch on curly fries and, for a lucky few, meet stars Bob Odenkirk and Giancarlo Esposito in anticipation of Better Call Saul’s upcoming third season. Next up in the way of TV-spawned pop-ups at SXSW: Twin Peaks’ Double R Diner opens later this week. And yes, they’re serving pie.

You didn’t have to fly to Texas to get in on some real-life tributes to movies and pop culture fun. Filmmaker and Silent Bob himself Kevin Smith visited The Video Archive Saturday. The speakeasy-style Walnut Hills bar, which appears to be an old-school video store until the pulling of a particular VHS reveals a door to the watering hole, celebrated Kevin Smith Day Saturday with a movie marathon of all his classics, from Clerks to Chasing Amy. Smith had a “Jay and Silent Bob Get Old” show in Covington that night, so the folks at Video Archive invited him to stop by for the event and offered to donate all the day’s profits to the Wayne Foundation, a nonprofit Smith co-founded devoted to ending human trafficking. Of course, Smith obliged, surprising bar owners and patrons Saturday afternoon and streaming his experience on Facebook Live, proving that if you invent Kevin Smith Day, he will come.

ICYMI: The Oscar Meyer Wienermobile, first created in 1936, is still a thing. And it made its way through the ’burbs this weekend! The giant hot dog on wheels rolled into Kroger locations in Oakley, Deerfield, Liberty and West Chester townships Thursday-Sunday. If you missed your chance to step inside the Wienermobile and nab a coveted Wiener Whistle, the company is searching for new “Hotdoggers” to rep the company and travel the country preaching the good word of encased meats. Apply now for your chance to ride an 80-year-old giant wiener! (Sorry.)

Remember Boaty McBoatface? This time last year, the Natural Environment Research Council asked the public to write in and vote on names for a new research vessel. Boaty McBoatface won. Anyway, the NERC was like, “FTS,” and overruled the silly name. But all hope is not lost. The name now lives on in the form of three mini-submarines, unveiled this week, that will be used for climate change research in Antarctica. We can’t help but reminisce on such sweet, simpler times, when folks were voting for funny boat names…

Let’s end this week’s roundup by remembering those we lost this week. R.I.P. National Endowment for the Arts, 1965-2017? OK, not so fast. The NEA has been on the budgetary chopping block since Orange Julius took over. And while The Hill wrote an obituary for the NEA and poets are organizing a vigil at Trump Tower in coming days, the federal agency for the arts isn’t officially dead — yet. We get it: Federal budgets are tight, and the country is in a lot of debt. The $148 million that could be saved by gutting the nation’s arts programs could be put to use elsewhere, covering approximately one percent of The Wall, around three years of security detail for Melania and Barron in New York or enough weekend trips to Mar-a-Lago to keep Trump tanned through the year.