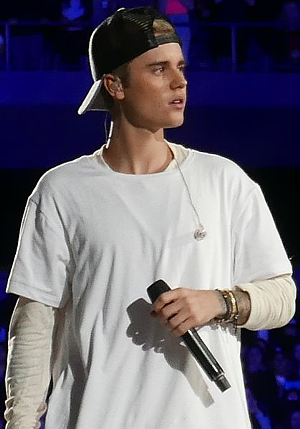 We all remember the depressing image from Inauguration Day — not the SAD attendance or subsequent lies about crowds, or even the sight of a former Domino’s spokesperson becoming president of the United States. It was the moment when Donald Trump turned to face his smiling wife onstage, said an unintelligible word or two and turned back around, leaving Melania scowling like a disciplined child. It has circulated online in GIF form for the past few months, but recently FLOTUS — or, as we like to call her, FLOTUGH — might have liked a tweet (which was later deleted) featuring that image with the caption, “Seems the only #Wall @realDonaldTrump’s built is the one between him and @FLOTUS.” What does it all mean? Was her account hacked? Did her finger accidentally slip while creeping on Twitter? (We’ve all been there.) Was this her signal for us to finally rescue her?

Musician riders are a personal guilty pleasure. The outlines of items superstars request backstage on tour are just endlessly entertaining, and demands have famously ranged from having a Bob Hope impersonator at every show (Iggy Pop) and McDonald’s cheeseburgers without the buns (Britney Spears) to 20 white kittens (Mariah Carey) and M&Ms minus the brown ones (Van Halen, and yes, that’s racist). Justin Bieber’s alleged rider leaked this week and it includes everything from almond milk and a PlayStation to a Jacuzzi and an “Indian yoga casket.” If you felt bad for the poor intern who has to pick out brown M&Ms from a candy dish, just think of the person who has to figure out what a yoga casket is and how to get it backstage.

Friday was Cinco de Mayo, a holiday most of us gringos in the U.S. should probably just STFU about. We clearly don’t appreciate its cultural history and just want an excuse to drink dollar margs. Some might offer the comparison: What if Mexicans celebrated the Fourth of July by wearing obnoxious red, white and blue attire, lighting up bottle rockets and getting wasted on Bud Light? Unfortunately that’s how we celebrate most holidays, so really we know no other way. But these actual headlines from Friday really sum it up best:

From south of the border to south of the river, Derby Day brought celebrities, gamblers, big hats and ugly suits to Kentucky this weekend. Tom Brady, Jeff Bridges, Larry David and dozens of D-list reality show humans partied at Churchill Downs Saturday. The best local derby tradition? The Ludlow Derby, Northern Kentucky’s rat races (more like mice maze, actually). Not only is the Ludlow rodent derby a real thing, but it celebrated its 40th year. Fans bet on rats as they’re dumped into a wooden maze. The fastest rat to make it through the maze wins. But are there really any winners in this?

The MTV Movie and TV Awards aired Sunday and they were… confusing? Hosted by Adam Devine, the thirstiest dude from Workaholics, the show flopped back and forth between being woke (Moonlight won Best Kiss!) and wack (Beauty and the Beast won Movie of the Year?!). The show did away with gendered acting categories, which is pretty cool even though this wasn’t the first time MTV did so. But damn did they beat us over the head about it. Billions actor Asia Kate Dillon — the first non-binary actor to play a non-binary character on TV, a designation repeated no less than 74 times — presented the award for Best Actor in a Movie, which included men and women (Emma Watson won for B and the B). But soon after, Devine joked about how he prefers to call the Disney remake Multidimensional Woman with Her Own Dynamic Traits and the Beast, which is kind of like praising Millennials for being an empathetic generation and then calling them snowflakes. But the best part of the night didn’t happen onstage: it was the announcement of a new show a la Latina Beach and The Hills, set in the glamorous locale of… Sarasota, Fla.?! Seriously can’t wait for Siesta Key.

In case you missed it: France elected a new president on Sunday. Beret-clad voters dodged the Trumpish Marine Le Pen and elected Emmanuel Macron, the youngest-ever French prez, probably because France doesn’t have an electoral college to eff it all up. And while Macron might not be as nationalistic as Le Pen, his name is very close to that of the most delicious little French cookie, which is quite patriotic. But can you imagine if Americans had to vote on a Sunday? We can’t be bothered to put real pants on, never mind trekking to the polls! Turnout would be at an all-time low, something like 11 percent. Just kidding, that was the literal turnout for last Tuesday’s mayoral primaries. Good job, Cincinnati!

R.I.P. Pepe the Frog: 2005-2017. That’s right, the cartoon frog that evolved from a comic book character to internet meme to white supremacist symbol has officially been laid to rest. Its creator, artist Matt Furie, apparently pulled the plug on old Pep for Free Comic Book Day this week. A new Pepe comic shows the frog in a casket at a funeral surrounded by friends (noticeably absent is Richard Spencer), so all signs point to this being the end of the road for Pepe. The frog was just a harmless meme until somehow it became the face of the alt-right movement, much to Furie and the world’s surprise and eternal confusion. Now if only Steve Bannon could just be written off comic-style…