Donald Trump was elected president; the Chicago Cubs beat the Cleveland Indians in the World Series; former Attorney General Janet Reno passed away at the age of 78. 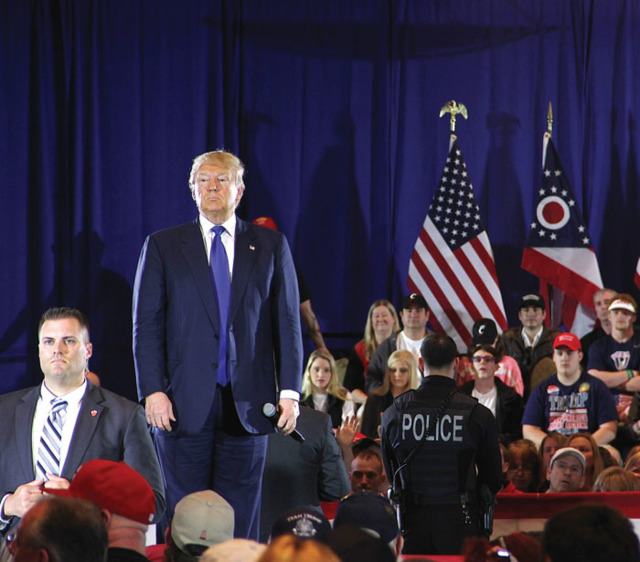 Eyeballs were glued to TV screens across the country late Wednesday night for the final game of the World Series. After fans waited out extra innings and a rain delay, the Chicago Cubs beat the unfortunately named Cleveland Indians, winning the Series for the first time since 1908. And in the great tradition of celebratory baby booms, we can expect an uptick in Chicago-area births next August. Seriously, there’s generally a surge in births nine months after events like the Super Bowl and World Cup in the winning cities. Because nothing says success like some good old-fashioned unprotected sex. And if you weren’t watching the big game, odds are you were tuned into the 50th-annual Country Music Association Awards, where another streak was ending: a black woman stole the show for probably the first time ever when Beyoncé performed with the Dixie Chicks. Hosted in Nashville, the CMAs generally cater to a mostly white audience and similarly diverse artists. Despite the fact that Country music’s roots are tied to the works of black musicians, people of color are rarely represented at the CMAs. But, Spoiler Alert: People were pissed off by Queen Bey’s presence. We get it. She’s a verifiable Pop star, not a Nashville-bred Country artist. Even fanatics in the Beyhive can note the irony of Beyoncé headlining a Country music awards show after producing a single song of the genre, “Daddy Lessons,” on her album Lemonade. It didn’t help that she appeared alongside country female trio Dixie Chicks, the COMMIE TRAITORS who famously denounced fellow Texan and then-President George W. Bush in 2003, which sparked a backlash that ran the gamut from boycotting to CD-burning. But there was a lot of hate considering the women were literally singing about the Second Amendment and shooting bad guys. What, is Southern white conservative America uncomfortable with the idea of a black woman and her liberal girlfriends exercising their right to bear arms? You know shit’s crazy when Beyoncé performs in support of Hillary Clinton and that’s her second most controversial performance of the week.

Bernie Sanders made an appearance at the University of Cincinnati Thursday, urging a mostly Millennial crowd to suck it up already and vote for Clinton. Meanwhile, Melania Trump campaigned for her husband in Pennsylvania, where she spoke for the first time since her failed RNC speech, insisting that she would use her platform as First Lady to… wait for it… combat internet bullying. Yes, the wife of Mean Tweets personified thinks people these days are just too rough with words, especially kids online. Possibly related: Dick’s Last Resort, the Newport restaurant where a “sarcastic” wait staff serves up shitty fried food and writes insults on paper hats they make you wear, abruptly closed permanently this week. Because why pay money to watch people be ridiculed by servers when we have a presidential nominee who regularly does it for free?

Cincinnati was represented in a couple minor yet noteworthy ways in Friday’s episode of Shark Tank. A former Procter & Gamble exec pitched an incomprehensible mobile platform centered on the hashtag #BeSomebody, which he told Cincinnati Business Courier that he came up with in the P&G fitness center. He no longer lives in Cincinnati, but does own an Eden Park apartment that he rents out, according to the interview. But it was a model in the background of another entrepreneur’s presentation that snatched our attention. Krystal Marshall, who appeared as an interior designer on locally-filmed FYI reality show Rowhouse Showdown (and, lest we forget, starred in critically acclaimed masterpiece Lesbian Cops) could be seen Friday modeling apparel in one of the pitches, further cementing the fact that she is a model/actress and not the DIYer she portrayed. Two years ago, we wrote about the show (“Stranger Than Fiction,” issue of Sept. 3, 2014), which misrepresented recently livable Price Hill homes as urine-soaked crack dens, claiming to help revitalize the neighborhood. The FYI network never responded to the findings and the show itself appears to have been canceled, but we’ll never forget!

“Remember, remember the fifth of November” is something Brits may or may not have sung Saturday in celebration of Guy Fawkes Night. Being completely immersed in American political craziness, we’re not really sure what that’s all about or if Brexit has any effect on the holiday, but we’re pretty sure it has something to do with Natalie Portman, Mr. Robot and the burning of effigies.

Sunday’s Colts vs. Packers game featured a guest appearance by a very adorable squirrel who scampered across the field, exhibiting exceptional form, speed and precociousness. After making its first appearance in the first half, the critter reemerged in the third quarter, resulting in a timeout in the game and an awww-splosion on Twitter.

Former Attorney General Janet Reno passed away Monday at age 78. Reno lived a very interesting life, growing up wrastling gators in Florida and going on to become the first woman U.S. A.G. But we’ll always remember her for Janet Reno’s Dance Party. Will Ferrell portrayed Reno on Saturday Night Live in the ’90s, most notably as the host of a Club MTV-esque TV show. Ferrell’s Reno was masculine and tough — one episode featured the repeated punching of guest Rudy Giuliani — but real-life Reno was super chill about it. She even appeared in the last iteration of the sketch, twisting to music with Ferrell. Keep dancing, Janet!

Today is Election Day. This paper will go to print hours before the results are announced. And when the next week begins, we will have elected either the first woman president or the last president ever. What a week! What a year. What a time to be alive!