When to See the Full Buck Supermoon in Greater Cincinnati Tonight

The best time to see the Buck Moon is just after sunset on July 13. 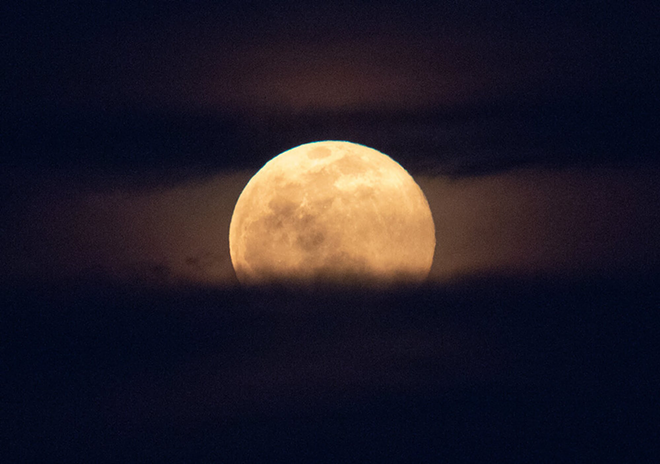 The largest and brightest supermoon of the year will be on full display July 13.

What is called a “Buck Moon” will be at its brightest around 2:38 p.m. EST when we won't be able to see it but the other side of the earth will, according to the Farmer's Almanac. Look to the southeast and watch it rise at 9:37 p.m. in the Cincinnati area.

NASA says that the name originated from the Native American Algonquin tribes of the northeastern United States as this supermoon occurs in summer (often July) when buck deer begin to grow antlers.

This will be the closest full moon orbiting earth this year, appearing 7% larger than a regular full moon at 222,089.3 miles from Earth at its closest point. The moon will also seem larger as it will appear lower in the sky.

You should be able to see the moon in the Cincinnati area (though slight cloud coverage might impede your view at times). According to the National Weather Service, tonight is set to be partly cloudy with a slight wind.

The moon will appear full for around three days after the July 13 supermoon. July 20 the moon will be in its last quarter and we will see a new moon on July 28.