There were new faces everywhere in Cincinnati this week – including some odd ones. 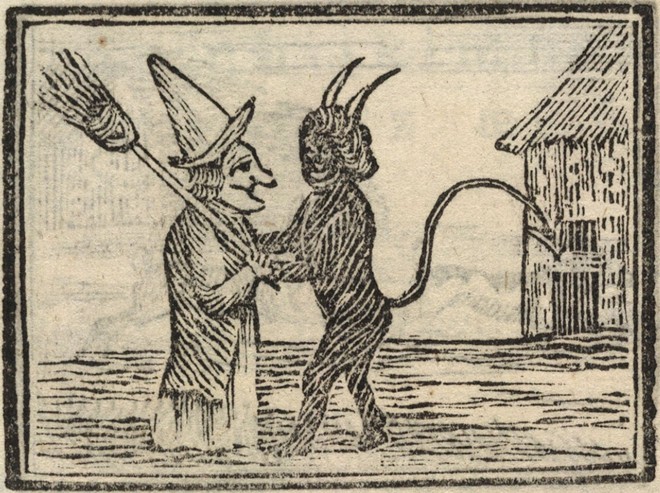 There are new faces everywhere in Cincinnati this week – in City Hall, at a university, with the Bengals and more. And oddly, one local official might be inclined to cast demons out of those new folks as they begin their jobs. Catch up on the week's big headlines below, and give CityBeat a shout if you know someone who might be a good editorial intern candidate.

Cincinnati Police Union President Says New Chief Selection Process Is a 'Sham'
The leader of Cincinnati’s police union is speaking out about the selection process for the department’s new chief, saying officers have a clear preference for a specific internal candidate. Dan Hils, president of Cincinnati’s Fraternal Order of Police, released a statement urging city manager Sheryl Long to select one of the two internal candidates for the department’s top job. One reason? He's upset that an external candidate fired an officer for donating to the legal defense fund of Kyle Rittenhouse, who killed two men and wounded a third with an AR-style semi-automatic rifle in 2020. Read CityBeat's story about Hils' other concerns.

West Chester Rep. Jennifer Gross Asks Pastor to Banish 'Witchcraft' at Ohio Statehouse
Halloween is long over, but House Rep. Jennifer Gross from West Chester still is focused on casting “witchcraft” out of the Ohio Statehouse. During a recent chamber session, Gross introduced Curtis Hill, an associate pastor at LifeChurch, who proceeded to rally House members against the "dark forces." Then Hill shared a long list of things he wanted to cast out, including "witchcraft" and "perversion." Read CityBeat's story about Hill's fire-and-brimstone "prayer" before a public government session.

Community Development Leader Seth Walsh to Take Greg Landsman's Cincinnati City Council Seat Dec. 19
Cincinnati City Council soon will have a new member. Councilman Reggie Harris has appointed Seth Walsh, the chief executive officer of the College Hill Community Urban Redevelopment Corporation, as the successor to Greg Landsman. Landsman will vacate his council seat as he heads to Washington, D.C., to represent the 1st District in the U.S. House of Representatives. Read CityBeat's story about Walsh's background and when he will be sworn in.

Hallelujah! The Northeast's Beloved Wawa Chain Finally Is Coming to Ohio, Kentucky and Indiana
Convenience store fans across the Mid-Atlantic states praise Wawa, the chain based in the northeast whose hoagies and fast food items have inspired intense loyalty. After going decades without this travel mainstay, the Buckeye State is finally about to get its turn. Read CityBeat's story about Wawa's plans for the tri-state.

Cincinnati Receives Perfect Score, 'All-Star Designation' for LGBTQ+ Equality
The Human Rights Campaign (HRC) Foundation and the Equality Federation recently released their annual Municipal Equality Index (MEI), and Cincinnati came out on top. The Queen City is one of just six Ohio municipalities to receive a perfect score and one of seven to earn the All-Star status. HRC evaluated more than 506 cities across the nation. Read CityBeat's story about how HRC evaluated Ohio's cities.

Cincinnati Drag Bars Say Security After Colorado Springs Shooting is Important but not Always Affordable
Almost three weeks after a gunman opened fire with a semiautomatic rifle inside a gay nightclub in Colorado Springs – killing five people and injuring 25 – LGBTQ+ bars in Cincinnati are still thinking about how they can keep customers and staff safe. The problem: It's expensive and could be harmful in other ways. Read CityBeat's story about how local drag artists are viewing future security measures.

Cincinnati Bengals Waive Kevin Huber, Team's Longtime Heart
Veteran punter Kevin Huber had spent 14 seasons with the Bengals and was a Cincinnati lifer in every sense of the word. Now, another team might scoop up the player who holds countless franchise records, was raised in town and gave fans a big dose of hope during the Bengals' journey to Super Bowl LVI. Read CityBeat's story about why Huber was so important to the Bengals.

Cincinnati Bengals' Sam Hubbard Earns Second Nomination for NFL Man of the Year Award
Homegrown football players are having a moment. Sam Hubbard, defensive end for the Cincinnati Bengals, is the team's nominee for the NFL Walter Payton Man of the Year award, which recognizes "excellence on and off the field." Hubbard attended Archbishop Moeller High School near Montgomery and redshirted at Ohio State University before being drafted by the Bengals in 2018. Read CityBeat's story about Hubbard's charitable efforts that earned him the nomination.

Julia Roberts Wears Gown with Former Mason Student George Clooney's Face
Actor, producer and humanitarian George Clooney was recognized during the 45th Kennedy Center Honors for his contributions to the arts. Frequent co-star and collaborator Julia Roberts was so proud of Clooney – who was born in Lexington, Kentucky, and eventually attended school in Mason – that she wore a, um, special gown to the event. Read CityBeat's story to see Roberts' unusual dress celebrating Clooney's achievements.

Man Who Shot Lady Gaga's Cincinnati Dog Walker Sentenced to 21 Years in Prison
There's an update in the case of Cincinnati's most famous dog walker. The man who shot Ryan Fischer, a Cincinnati native who lived in California two years ago, has been sentenced to 21 years in prison. James Howard Jackson, the perpetrator, had fired at Fischer for not handing over pop performer Lady Gaga's French bulldogs in Los Angeles in 2021. Read CityBeat's story about Jackson's sentencing and Fischer's painful journey.

Luke Fickell Tells Cincinnati Goodbye Nearly Two Weeks After Leaving UC Football Job
It may be too little, too late. Luke Fickell, who was the UC Bearcats' winningest head football coach over six seasons, tweeted a farewell letter to Cincinnati players and fans, but the effort came nearly two weeks after Fickell departed UC to take the head coaching job at the University of Wisconsin. That's not sitting right with some local football fans. Read CityBeat's story about the reaction to Fickell's exit.