Forty-eight of Cincinnati’s 2,918 elevators are not up to code, according to records analyzed by an Enquirer reporter who probably was assigned an elevator investigation as punishment for doing something wrong. 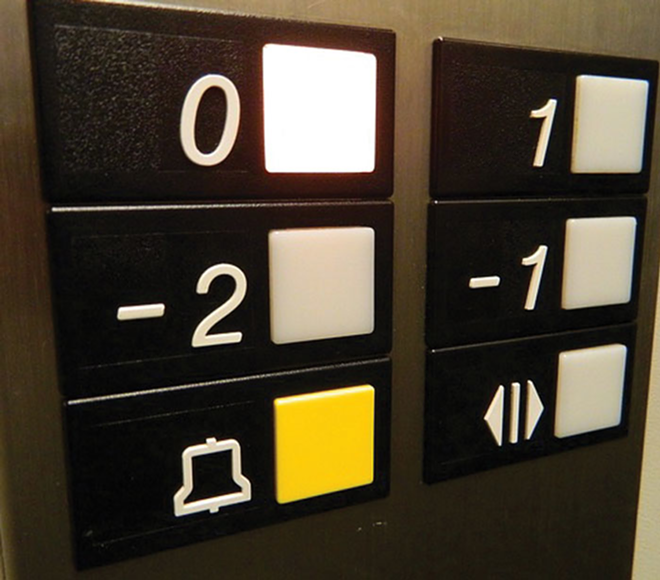 It’s hard to succinctly sum up all the awful scenarios in which (mostly black) people end up dead after coming into contact with police for reasons that are dubious at best. Suffice it to say that enough people are getting shot by police these days that Gov. John Kasich has deemed it prudent to create statewide standards for the use of deadly force. That sounds like a good idea, since you can never tell when the next time someone could trigger the apocalypse by attempting to sell individual cigarettes or take an air rifle off a Walmart shelf. Well, it sounds like a good idea until you hear Mike Weinman, director of government affairs for the Ohio’s Fraternal Order of Police, explain that this is bad because, he says, “What might work for one agency might not work for another. We’ve got rural areas, and we’ve got urban areas.” It doesn’t take someone from an Ivy League school to figure out what “urban” and “rural” are code words for. As long as higher-ups in the police chain of command think officers should have more leeway to shoot people in areas where, um, “urban people” and their baggy clothing live, there are going to be issues of mistrust and misconduct on a regular basis. As Ohio police try to sort things out, they also are weighing the benefits and effectiveness of instructing the press to blabber on about the dead person’s prior criminal record if he had one in hopes of making the public feel OK about a person getting brutally murdered after being arrested without cause like they do in Baltimore.

The American sports landscape has changed dramatically since the year 2000: ESPN added a bunch of new channels, Fox hung cameras on wires above football players, people started actually watching soccer, etc. For better (NFL concussion protocol) or worse (Major League Baseball replay), sports fans are being forced to try new things whether they like them or not. A relatively new thing sports fans are trying these days (and is actually good) is to be less of a dick to gay people. Last week, attendees of a Los Angeles Dodgers home game saw just how far American sports and society have come when the “kiss cam” set its sights on a gay male couple who promptly kissed in front of everyone and, unlike in 2000 when the Dodgers kicked two women out of the stadium for kissing, the crowd erupted in cheers. While the scene was not broadcast live, several TV crew members reportedly said they didn’t mind the kiss but that Vin Scully’s play-by-play of it seemed a little more graphic than necessary.

Lower and East Price Hill are great neighborhoods with lots of history and potential but smell like a turd-scented air freshener when the wind is blowing right. Unfortunately for those who can’t afford to move up the hill or into a condo that sits higher up in the sky, there’s no evading the stench when the Mill Creek Wastewater Treatment Plant blows enough sewage fumes through a leak that the Metropolitan Sewer District says will cost $5 million to fix. The problem has existed for years, but Cincinnati’s decision makers have displayed zero urgency when it comes to fixing this difficult issue. Hamilton County Commissioner Greg Hartmann recently showed how little politicians know about the West Side in general, saying that this is the first he’s heard of the problem. Hartmann then went on to explain that Price Hill and surrounding areas need to just a few more cool places to go other than The Incline Public House in order for future quality-of-life issues to be treated with some sense of decency and urgency.

Although Gov. John Kasich supports union-busting and a bunch of other policies that seem to fly in in the face of what this great state values, hayterz like us were almost prepared to reign it in a bit if the big wigs in Columbus and Sinsee Town were willing to make it easier for us to get drunk at The Banks this summer by relaxing the Babylon boozing laws we currently have on the books and creating open-container zones. Kasich last week signed a bill that will allow this, but in true American political fashion it won’t be ready to go into effect until after the biggest event of the summer in Cincinnati, Major League Baseball’s All-Star Game. Few understand why Cincinnati politicians won’t waive the 90-day wait to make this measure take effect immediately, but it’s probably OK because outdoor drinking will be permitted that week via special-event permits like the one used on Opening Day. It’s hard to figure out how Cincinnati can promote its storied boozing traditions while dragging its heels on expanding the areas and methods in which people can enjoy that stuff outdoors, but it’s good enough for us as long as we’re able to leave and take our drinks with us when we look up and notice that the hometown team is getting shellacked and there are too many fans wearing the visiting team’s jerseys for us to want to be in the same enclosure with all those smug assholes any longer.

Forty-eight of Cincinnati’s 2,918 elevators are not up to code, according to records analyzed by an Enquirer reporter who probably was assigned an elevator investigation as punishment for doing something wrong. Apparently, many building owners will not let inspectors in to examine elevators and gauge the likelihood of its future occupants plummeting to their grisly deaths. The exposé is expected to increase the rate of compliance and guaranteed safety in local elevators, though elevator activists are reportedly pushing for inspections to first test an elevator’s ability to go down safely rather than up, since if anyone is going to be reduced to pieces in an old-timey sounding elevator catastrophe most would prefer for it to happen in the morning rather than when they’re trying to leave work at the end of the day.