FRIDAY SEPT. 13: Ohio is a great state with a lot of smart people in it, but somehow it seems like the dumbest people in it end up in really important positions. Take Debe Tehrar, the president of the Ohio School Board. 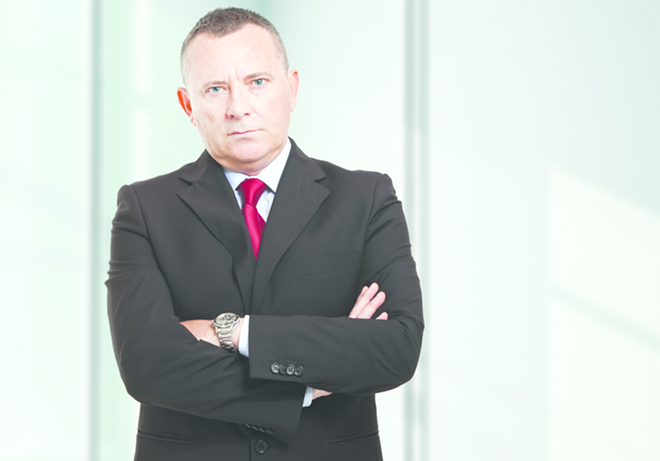 Football players have been banging their heads into each other for as long as the game has been played, and recent research has linked the prevalence of brain illnesses like Parkinson’s disease, depression and disorders similar to Alzheimer’s disease in ex-NFL players to the violent nature of the game. The findings led to a lawsuit filed by 4,500 former players who claim to be suffering from concussion-related health problems, which was recently settled for $765 million. Although the lawsuit alleged that the NFL produced “industry-funded, biased and falsified research” to support its position that football isn’t really that dangerous, the league avoided having to admit to any wrongdoing as part of the settlement as is often the case when $765 million is involved. In light of the settlement, some level-headed folks like Timothy Birdnow of conservative commentary site townhall.com have figured out that the court’s ruling on behalf of the players against the NFL is part of the “left’s end-game” to destroy football in America. Birdnow tells it like it is, noting that “sports are one outlet they have targeted, with an increasingly regimented and organized approach to what were once thought of as children’s games.” While Birdnow’s analysis fails to mention that liberals don’t like football because it is a man’s game and they are liberals, it is thought provoking. Readers in Cincinnati hope the author will next attempt to explain how Obummer and his henchmen are the real reason your jackass neighbors root for the Steelers even though they are from here, and that it’s not because they are front running pricks with no allegiance or self respect.

Ohio is a great state with a lot of smart people in it, but somehow it seems like the dumbest people in it end up in really important positions. Take Debe Tehrar, the president of the Ohio School Board. Back in January, Tehrar had to explain that she wasn’t comparing President Barack Obama to a Nazi leader after posting a picture of Adolf Hitler to her Facebook page while attempting to make a point about gun control. Since apologizing for that gaffe, Tehrar managed to avoid the spotlight for being stupid for almost eight months. That streak came to an end when Ohioan, Pulitzer- and Nobel prize-winning author Toni Morrison called her out for being an idiot and referring to her novel The Bluest Eye as “pornographic.” The book was published in 1970 and tells the story of a young girl who is raped and impregnated by her father, which causes her to go insane. Tehrar recently explained her reasoning during a board meeting, saying, “I don’t want my grandchildren reading it, and I don’t want anybody else’s grandchildren reading it ... for the state board to be even associated with it, I think, is the wrong message that we send. I’m passionate about that.” Reaction to these comments has been very negative, with many noting how wrong and dangerous it is to have people decide what other people should and shouldn’t read. Supporters of free speech in Ohio vow to continue to speak out against book banning and ask, “If that’s the road we’re going down can we at least not have the person doing the censoring not be named Debe?”

George Takei’s experience in outer space on Star Trek has taken him to many galaxies and enabled him to meet all sorts of spaced-out creatures. After leading the Chicken Dance at Oktoberfest downtown this weekend, he’ll be able to add Drunk Cincinnatians to the list. After being named Grand Marshal for this year’s event, the famed actor admitted that he had never done the Chicken Dance and would have to study up to figure out what to do. Takei also Googled, “how not to embarrass yourself at an important traditional Cincinnati event,” watched the video of Mark Mallory’s pitiful first pitch attempt and figured that no matter how bad the Chicken Dance goes there’s no way he can look any worse than that.

Amazon.co.uk got real meta today by breaking the law while handling a video game that’s all about breaking the law. Grand Theft Auto V was set to be released on Tuesday, but customers who pre-ordered the game received it early. GTA V’s European distributor, Rockstar North, has refused to comment on the matter thus far. Amazon said that just “a small number” of customers were affected by their jumping the gun on shipping the product, but noted that those who got the game early have a three-day head start on the chance to blame it for their child’s shitty behavior and criminal tendencies.

Cincinnati police are on the lookout for a robber who held up Union Savings Bank in Mount Washington early today. The man was wearing a blue suit and a white tie when he showed a bank teller a handgun and demanded cash. Police were initially confused when they heard the description of the robber, since people in suits who steal lots of money in banks usually don’t face criminal charges.

Terrorists are just like us in that they prefer to use Gmail more than any other email provider. Former NSA and CIA director Michael Hayden last week revealed this and many other things regarding “the tension between security and liberty” during a speech at a church near the Whitehouse. Hayden also reasoned that because the Internet is from America it’s OK if we warrantlessly conduct surveillance on our citizens. If the Internet (and humans) are still around in 500 years, Hayden believes the Internet is what the United States will be known for “the way the Romans are remembered for their roads.” In his closing remarks, Hayden noted that Yahoo! is no longer the preferred mail provider for terrorists because it is so goddamn slow that coordinating even the preliminary meetings about attacks while using it is nearly impossible.