Effective this month, the Icelandic budget carrier will cease service to and from CVG 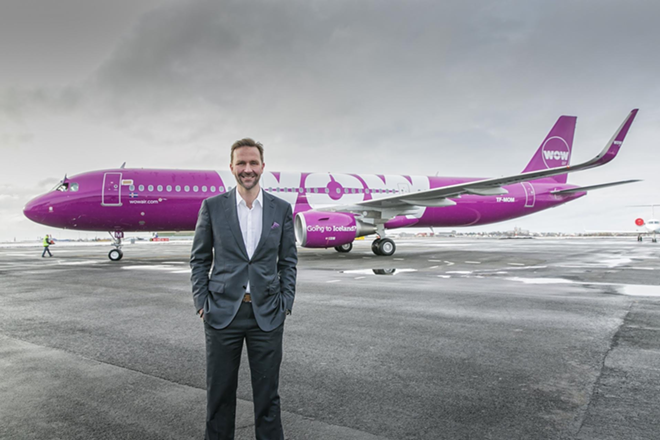 WOW airlines has announced it is canceling service out of the Cincinnati/Northern Kentucky International Airport. Its final flights from CVG will be this month.

Disappointing news for those of us who were excited about cheap flights to and from Iceland and Europe.

WOW, which launched service from CVG in May, offered one-way flights to Iceland starting at $99 and other European locales starting at $149, with connections to London, Paris, Amsterdam, Berlin, Frankfurt, Dublin and Copenhagen. According to a release by CVG, WOW was expected to bring 14,000 to 16,000 visitors to the region each year "with an estimated economic impact of $30 million to $35 million."

But in September, WOW spokeswoman Maria Margret Johannsdottir told the Business Courier that the airline was taking a service hiatus for "operational, logistical and commercial reasons" but is "currently looking at returning in 2019.” That return will apparently not be happening.

Passengers booked on flights to St. Louis after these dates will be entitled to a full refund, or alternatively can fly with us from one of our other destinations at no additional cost. All passengers with flights after January 7, 2019 have been alerted via email about the options available to them."

In May, CVG touted the new relationship with the Icelandic airline. “This new partnership with WOW will have a positive impact on so many fronts — economically, culturally, creatively,” said Candace McGraw, CEO of the Cincinnati/Northern Kentucky International Airport, in a press release at the time. “Today marks the first of thousands of new international travelers coming to our community — many for the first time — and we’re ready. We’ve always known Cincinnati/Northern Kentucky to be a world-class destination — starting today, more of the world will get to experience that as well.”

But it wasn't all smooth sailing. In June of this year, a WOW flight was delayed by more than 14 hours with some passengers stuck on the jetway between the plane and the terminal for hours.

Despite the end of WOW, CVG is still hoping to build more international flights through other carriers.

“The response and support from the community for WOW air demonstrated the strong demand for additional international flights from our region,” said McGraw. “Building additional nonstop international destinations is a top priority for us. And, we will continue to work with targeted carriers in that effort.”