Yes, There Was Just a Minor Earthquake in Cleveland

Preliminary reports from the United States Geological Survey put the quake at about a 4.0 on the magnitude scale 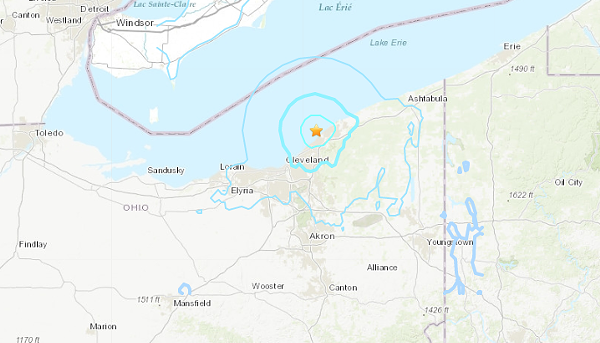 No, you're not hallucinating. Yes, that was a minor earthquake in Northeast Ohio this morning shortly after 10:50 a.m. that was felt from Lorain out west to Ashtabula in the east.

Preliminary reports from the United States Geological Survey put it at about a 4.0 on the magnitude scale, which is to say stronger than some recent earthquakes but still minor, and centered about 4 kilometers north-northwest of Eastlake.

Minor quakes on the North Shore are not an uncommon experience — there have been some 200 over 2.0 magnitude levels recorded since the birth of America — with the eastern most quakes centered around Lake County and some of the more modern quakes being tied to fracking.

Other areas of Ohio including Cincinnati have also experienced quakes, though they are relatively rare.

A series of three quakes on the New Madrid fault in 1811 and 1812 are thought to be among the most intense midwestern earthquakes on record at an estimated 7.5 magnitude. Those quakes, centered in what is now Missouri, were said to have knocked over chimneys in Cincinnati.

Those quakes weren't a freak occurrence, scientists say, but part of geologic activity in the midwest that stretches back thousands of years.