Councilman says donor limits have been "perverted" by allowing LLC owners to donate beyond the $1,100 maximum. 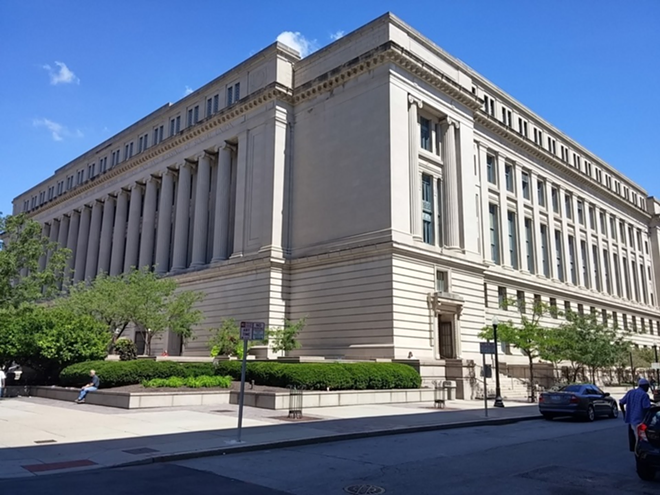 Cincinnati City Councilman Wendell Young filed a lawsuit in the Hamilton County Court of Common Pleas Sept. 4 against the Cincinnati Elections Commission over an advisory that allows LLCs to donate to political campaigns independent from their owners.

Young, along with Council candidate Kelli Prather and Cincinnati residents William K. Woods and Clint Watson, say that Mayor John Cranley’s re-election campaign has taken more than $260,000 in contributions from LLCs whose owners have also given the $1,100 donation limit individually. In the past, Young and attorney Don Mooney have filed a series of complaints claiming this violates the city charter’s limits on donors adopted in 2001. This time around, Young, Prather, Woods and Watson are represented by retired judge Mark Painter.

"This lawsuit is to prevent a scam on the citizens of Cincinnati," Young's recent court filing reads, saying the donor limit has been "perverted" by the CEC's advisory. "This misinterpretation would allow, and has allowed, virtually unlimited giving by rich people, when others are limited."

Cranley and his campaign have rejected that analysis and point out that the mayor’s challenger, Councilwoman Yvette Simpson, has also received money from LLCs and their respective owners, albeit for less overall money.

“The complaint, which ignores the fact that councilmember Simpson has engaged in the exact same behavior, is a desperate attempt by her and her supporters to distract from the real issues in this campaign," Cranley’s campaign spokesman Jay Kincaid said earlier this summer.

Young and Mooney first challenged the contributions in June 2016, filing a complaint with the Ohio Elections Commission over the fact that Cranley’s campaign finance filings did not disclose the owners of LLCs which had donated to his campaign. Cranley filed amended reports listing those owners days later.

In turn, Young filed a challenge with the Elections Commission over the crossover donations made by LLC owners as individuals and in the names of their corporations.

The CEC upheld the donations in a July 24 hearing, however, citing its 2005 advisory deciding LLC contributions were separate from individual donors’ contributions. Young’s suit says that violates the spirit of the city charter.

The complaint points out that the four members of the CEC are appointed by Cranley and that two, Sean Kelley and Jim Goetz, have given donations or hosted events for the mayor’s campaign since being appointed, an apparent violation of the city charter. Kelley left the commission Aug. 30.

Young’s lawsuit claims that the 2005 advisory and its use by the CEC fail to uphold the city charter’s intention to limit campaign contributions, and that contributions by LLCs violate Ohio law prohibiting donations by partnerships and unincorporated businesses.

“The ‘decision’ of the CEC, signed improperly by two members, fails to address the real problem,” the lawsuit reads. “It only concluded that it was ‘reasonable’ for candidates to rely on the erroneous 2005 opinion. But that’s not the issue — no one is seeking to fine any campaigns for relying on an invalid opinion. But the fact remains that the excess contributions are illegal and must be returned.”

Young has been a vocal critic of the mayor and a committed supporter of his opponent Simpson. The suit asks a judge to order Cranley and other city candidates who have received LLC contributions in excess of personal contribution limits to return those contributions.