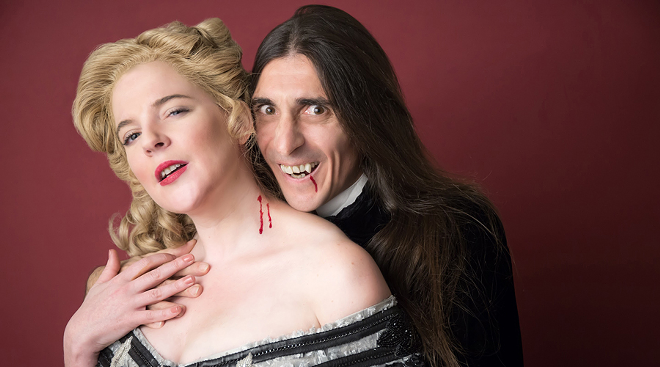 As Halloween approaches, area theaters present tales of the supernatural, from classic frights to monster musicals.

A musical rendering of Robert Louis Stevenson’s tale of a man torn in two: a genial English doctor who unleashes a violent and destructive alter ego. The horror-drama about the battle between good and evil debuted on Broadway in 1997. Oct. 5-21. $23. Stained Glass Theatre, 802 York St., Newport, Ky., footlighters.org.

Young Frankenstein at the Covedale Center for Performing Arts

An unsettling, haunting tale by storyteller Paul Strickland and his frequent partner in offbeat songs and stories Erika Kate MacDonald. This one is rooted in shared nightmares that trouble the sleepy town of Sabina, Ohio. Oct. 20-Nov. 14. $25. Know Theatre, 1120 Jackson St., Over-the-Rhine, knowtheatre.com.

The Death of Brian: A Zombie Odyssey at Know Theatre

Listed as the second half of Know’s Halloween Double Bill, this epic tale blends physical theater and radio drama in three episodes. It’s a story about the humanity of a zombie from Ricky Coates, the artist behind the 2016 Fringe’s Tesla ex Machina. Dates TBD. $25. Know Theatre, 1120 Jackson St., Over-the-Rhine, knowtheatre.com.