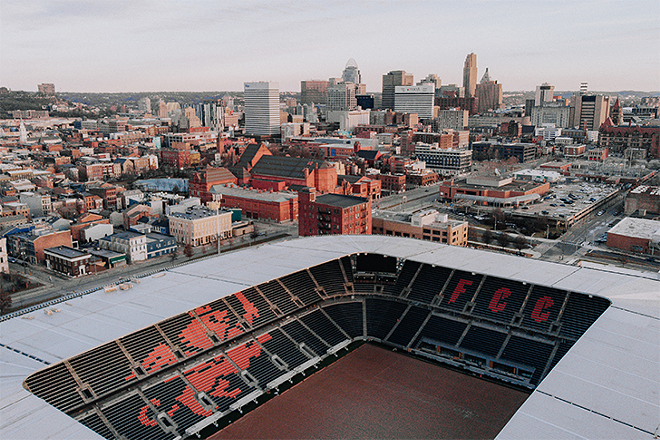 FCC President Jeff Berding called it one of the "biggest naming rights deals in Major League Soccer" during today's announcement.

“We are thrilled to partner with TQL, a highly respected business that has grown from a start-up to industry leader, right here in the Queen City,” Berding said. 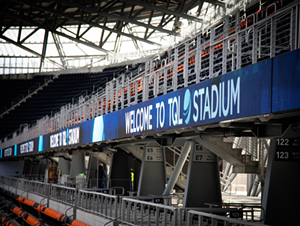 Total Quality Logistics, the second-largest freight brokerage firm in the U.S., employs more than 5,000 people across the country. Berding said TQL is the largest privately held company in Cincinnati.

“TQL Stadium is an investment in Cincinnati,” TQL President Kerry Byrne said in a press release. “The city means a great deal to us. It is where we were founded and have been headquartered since 1997 — we are thrilled to have one of the most incredible stadiums in the country here, which will now have our name on it.”

“(It) is one of the most ambitious soccer-specific stadiums in not only North America but the world,” according to the release. “Critically acclaimed global design firm, Populous, designed an innovative and forward-thinking stadium that is one of the largest soccer-specific facilities in Major League Soccer (MLS).”

FCC became the 24th team to enter the MLS as a professional soccer team in 2019. Before then, from 2016 to 2018, they played in the second-division United Soccer League (USL).

FCC will “return to the pitch” Saturday, April 24 at Yankee Stadium where they will play New York City FC. The team will begin the 2021 home slate on Sunday, May 16, playing Inter Miami CF in the nationally televised game at 4 p.m.

TQL Stadium is located at 1501 Central Parkway, West End. Information on ticketing at the TQL Stadium is available at TQLstadium.com.