FRINGE 2020 CRITIC'S PICK: Opinions of Men: A Stupid History of the Protestant Reformation

A raucously funny, delightfully creative look into the early days of Protestantism told via a hilarious mockumentary and produced in glorious mixed-style animation 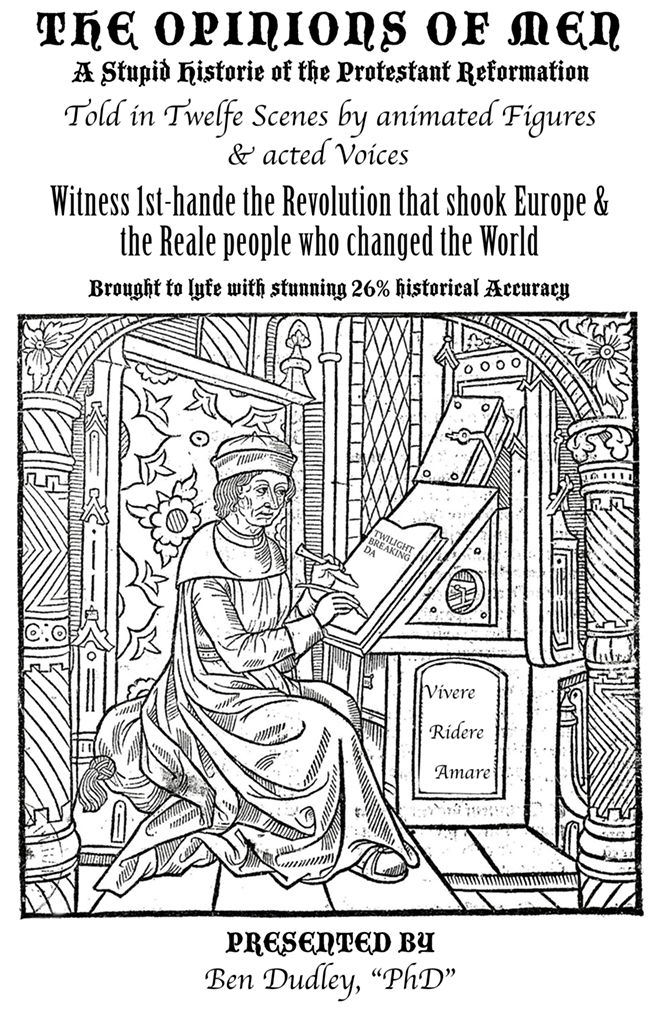 Creators Ben Dudley and That Crying Mask and That Laughing Mask Productions (fantastic name for the Cincinnati-based theater production company, but I digress) claim that only 26 percent of their account of history is true. But actually it’s probably much more accurate than anyone would ever care to admit.

The Protestant Reformation was a completely transformative movement that changed the world. In this Fringe show, you see it all unfold as a hilarious mockumentary produced in glorious (I mean that sincerely) mixed-style animation that feels almost like multimedia despite the fact that it is completely animated.

Cocky and boisterous Martin Luther takes control of one of Gutenberg’s printing presses to print his 95 theses and subsequently nails them to the church’s door, inciting what becomes the Protestant Reformation. From here we discover new characters, motivations, and a petty English scandal all mixed together with a bunch of incredibly graphic jokes.

Opinions of Men is crafted in the style of early internet Flash videos, the very ones quoted by countless middle schoolers and high schoolers for years after being discovered on the computer with their friends before YouTube came into existence. I mean that in absolutely the best way possible: Those videos shaped an entire generation’s sense of humor (along with SpongeBob.)

The only difference between this show and those influential early videos is timing. Though the Protestant Reformation is certainly interesting, there is not enough compelling content to maintain the level of energy this show requires. Such humor is best suited for shorter videos with one-liners, quotable but concise enough to be shareable. The pacing suffers because of this. Cut in half, this could have been a truly fantastic digital short.

Nevertheless, Opinions of Men was so my humor that I actually found myself wanting to return to the show. It was a truly unique digital experience.