FRINGE 2021 CRITIC'S PICK: You Will Live Under the Sea

It’s hard to imagine a better metaphor for the past year under COVID-19 — and how the arts have been affected — than You Will Live Under the Sea, a wildly imaginative 2021 Cincy Fringe video-on-demand production from Queen City Flash 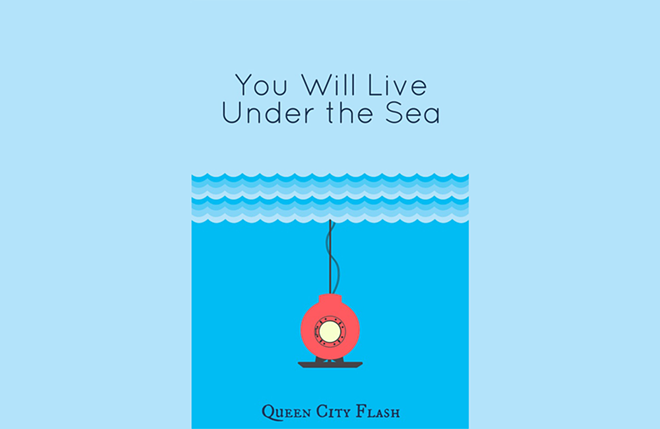 Photo: Provided by Cincy Fringe
Poster for "You Will Live Under the Sea"

It’s hard to imagine a better metaphor for the past year under COVID-19 — and how the arts have been affected — than You Will Live Under the Sea, a wildly imaginative 2021 Cincy Fringe video-on-demand production from Queen City Flash. Directed by Bridget Leak and performed by the wonderful Trey Tatum and Jordan Trovillion with narration by Rory Sheridan, this is perfect material for a Fringe production: an inspired idea, sparked from a completely unexpected source, which takes a winding path to a surprisingly profound point about our world and how we live in it.

Older audience members will remember the “Carousel of Progress” at Disneyland/Disneyworld along with books from our childhoods that promised a bright and fantastic future for everyone. One amazing example (God only know where Queen City Flash found it) was a 1966 children’s book, You Will Live Under the Sea, which predicted a time when we could travel below the ocean, hunt and catch fish, pilot subs, use ray guns, and be filled with what Tatum refers to as “space-age optimism.” When he was a boy, he was promised a world where everyone flew with jet packs, all very late ’50s/early ’60s, warmly familiar on a surface level.

Yet in the first half of the production, Tatum and Trovillion walk through the actual book while its pages are projected behind them. As they go through it, virtually everything seems odd or ominous through a 2021 lens, from the weird names for things to the creepiness of a boy (probably about 10) being dropped off by his parents to travel alone for three days under the sea, surrounded by adult men and doing one dangerous and questionable thing after another. That part is very funny, partly because it’s amusing to look back at anachronistic stuff and because the actors are so skilled. It also made me miss seeing this in person with an audience that would have been caught up in the energy and fun.

It seemed at first that this was the entire show and, had it been, it would have been worth seeing simply because it was creative and funny and very well done. But then the tone shifted, and we saw the actors as two real people in our present. Their lives were aimless, repetitive and boring and, when the girl suggests that they go and “live under the sea,” the guy agrees — but it’s an act of uncertainty and trepidation. Their journey mirrors the plot and the events of the book, but now full of stress and dread, it is no longer the fanciful journey depicted in the book, and the future is completely uncertain. This brilliant and completely unexpected turn is amplified by beautiful tech and imagery in the filming, deliberately in contrast to the old black-and-white drawings in the book’s illustrations, reminding us that, as life becomes more real, it can become a lot of things, not always stuff that we really want to see. (I loved the reference to the ’60s movie Voyage to the Bottom of the Sea, in which the futuristic sub had a huge glass viewing area that scientifically didn’t make any sense. Trovillion’s character pointed out, “No one wants to see that shit,” referring to what’s really out there in front).

The show resolves with some thoughtful dialogue about how an imagined future can distract from us doing things that make our real futures better. I was surprised at how we got there from the way this show started. (There’s a great line about how kids are often shown books about a future that will never arrive).

And as for why I thought this show resonated after the pandemic, there were points when I wished it was a live, in-person performance. The initial projections are kind of dim, and I thought that might have been an artifact of trying to “film a film,” as it were. But the second half used color and creative filming ideas in such a way that the show seemed better in this format, reminding me that a lot of creative people have responded to theater shutting down by changing their artistic point-of-view, coming up with new ways to do plays and reach audiences. Leak and these actors have done exactly that, and their energy and creativity has overcome the restrictions. It’s a wonderful production.