Special events are planned to celebrate the park's 50th anniversary. 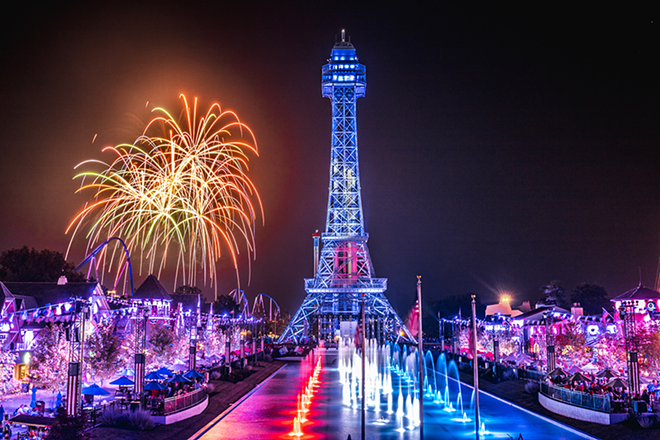 Spring has sprung, meaning it's almost time to get whipped around on coasters at Kings Island.

The park will be open for its 50th year of operation on April 16. Gold and Platinum season-pass-holders will be able to visit the park on the April 15.

Being such an important anniversary, park officials have planned a slate of special events throughout the 2022 season. First up, the park will mark Kings Island's birthday on April 29. Organizers have planned a massive celebration that will honor the park's history all day long.

Then, "The Golden Celebration" kicks off May 28 and will run through the end of the season. Park officials say that this celebration will have "brand new entertainment highlighting Kings Island's history."

As it needs to be a bit warmer for waterslides, the Soak City waterpark will open later in the season on May 28. It will be open daily through Aug. 21, then on weekends from Aug. 27 to Sept. 3.

While the park hosts firework nights throughout the season on evenings they are open until 10 p.m., they will have to have something even bigger for the Fourth of July. Held on July 3, the park says they will have "one of the largest and most impressive fireworks displays in the Cincinnati area."

Even though we don't want to think about summer ending now, as the fall comes, so comes the return of Halloween Haunt and the Tricks and Treats Fall Fest. WinterFest will then take over the park during the holiday season.