The Buckeye Flame, a digital, statewide LGBTQ+ publication, launched Tuesday and is in the process of becoming a 501(c)3 organization 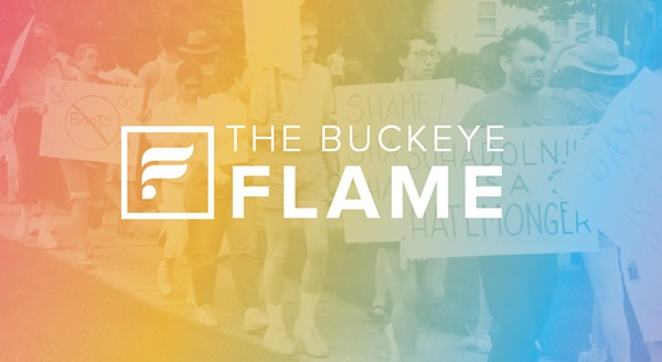 When the publisher of Prizm, the state of Ohio's only remaining LGBTQ+ magazine, announced that the publication would cease all print and digital operations last month due to the coronavirus, editor Ken Schneck predicted a new outlet would rise in its place.

One month later, his prophecy has become a reality. The Buckeye Flame, a digital, statewide LGBTQ+ publication, launched Tuesday and is in the process of becoming a 501(c)3  organization.

"In a state where the LGBTQ+ populace does not have nondiscrimination protections in housing or public accommodations, and where our state lawmakers continue to sponsor hateful bills targeting our community (and specifically our trans siblings and LGBTQ+ youth), The Buckeye Flame will broadcast the efforts of those fighting for our rights, our liberties, and our lives," Schneck wrote in an inaugural editor's letter.

He wrote that with the "maelstrom" of events and struggles swirling through Ohio and the country, a publication like the Buckeye Flame was desperately needed.

On its first day, the site featured an interview with an openly gay candidate for elected office in Dayton's Montgomery County; an interview with the owner of an adult store in Columbus' Short North neighborhood, which has become a haven for protest activity; and several pieces of commentary about the current social and political climate.

Schneck wrote that the mission of the publication, agreed upon by its board of directors, is to "amplify the voices of LGBTQ+ Ohioans to support community and civic empowerment through the creation of engaging content that chronicles our triumphs, struggles, and lived experiences."

In follow-up comments, he said that he wanted the publication to be "action-oriented." Its slogan, a play on the flame imagery, is "igniting LGBTQ+ Ohio."

"We want to give readers the direct tools and links to make their voices heard," Schneck said. "Wherever possible, our pieces will feature an 'Ignite Action' set of bullets so that if they are inspired by what they read, they can take the next steps."

Schneck also noted that he was "supremely humbled" by the roster of individuals who stepped forward to participate in the publication's board. That list includes, in addition to Schneck himself, Rachel Dissell, lately of the Plain Dealer; BJ Colangelo, former Cleveland Scene staff writer; and Elaine Schleiffer, writer and communications consultant.

Due to the coronavirus, the Buckeye Flame will be 100-percent remote for the time being.

"The world is our office," Schneck joked.

It is seeking both advertisers and donors who support its mission. It welcomes ideas for stories that affect the LGBTQ+ population across Ohio.