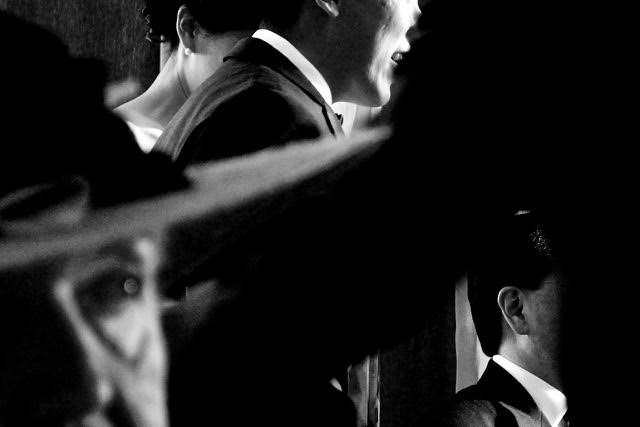 For Iris BookCafé and Gallery exhibition curator Bill Messer, there was something uniquely evocative about Casey LeClair’s photography. The artist hails from Cincinnati but has spent the last 25 years traveling the world from California to New York to Sweden and points in between. This year, LeClair found himself back in Cincinnati, and his work crossed Messer’s desk.

“I had pretty much retired (from curating),” Messer says. “This work kind of pulled me out of retirement. It’s really compelling. It’s striking. You want to know more about it, and you want to know more about the mind that created it. There’s a mysterious quality to the photographs: They give a sense of the unique quality of the vision behind them, the photographer’s vision.”

Messer and LeClair pulled together an exhibition depicting shots from the photographer’s travels. Though Seven Cities is a perfectly precise title for the body of work on display (it features Athens, Chicago, Cincinnati, Los Angeles, New York, Sacramento, and San Francisco), the show did have a few working titles before the pair landed on one. 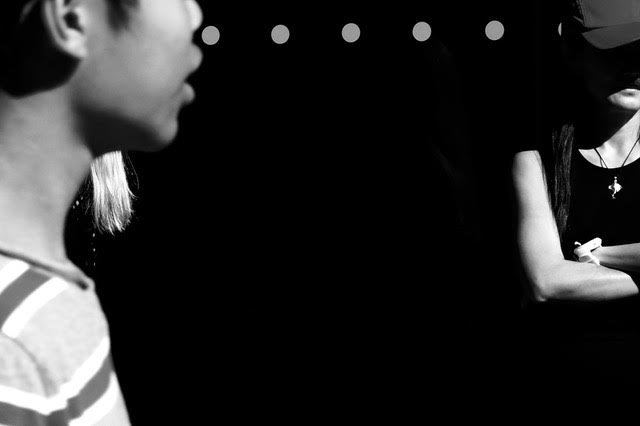 “The original name was Amnesia,” Messer says. “The idea was to talk about how, for many people, memory can be supplanted by photographs: Photographs are how people encapsulate their memories, and they become what you think of as your memory. [But LeClair’s] photographs don’t feel like they could supplant the memory of what happened. They’re so interesting and unusual that they become the touchstone for a new kind of invented memory.”

We talked with LeClair about the vision behind his work in Seven Cities, and about how he approaches his photographic subjects:

Amy Brownlee: What inspired some of the other show names?

Casey LeClair: I had named it Malpractice. I was an attorney previous to this life. I learn from my mistakes; the learning is what I get through the errors. There’s an improvisational nature to my photography. I’m self-taught, so I really have to take what comes to me and make something of it. The mistakes might lend it value. That’s the benefit of being prolific. 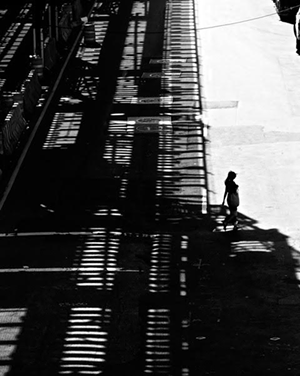 Photo: Casey LeClair
"I Will Always Have This Moment"

AB: Do people describe you as prolific?

CL: Yes, I get “prolific.” I get “mysterious” a lot. I do create nontraditional compositions. A lot of them are errors and omissions.

CL: I was doing street photography, but I stepped away from that four years ago because I felt like I was doing the same thing over and over. I started doing longer narratives. I wanted to do a more complicated narrative that had some teeth to it, and history.

I followed traveling family circuses throughout 10 different towns in California and Sweden. In California, I took 56,000 shots in just the first few towns. I created an exhibit and book called Moving Parts.

AB: Why did the family circus make a good photographic subject?

CL: A lot of their art is also improvisation: They have a set show but they entertain the crowd and the lighting and music is changing constantly. I just kept the same settings on and just decided to go with my errors and omissions. I could not foresee the lighting at any moment. Moving Parts was half documentary, half improvisation.

AB: Your exhibit at Iris has a narrative component based in setting, but it seems more abstract.

CL: A lot of the images are very stark, black-and-white, high-contrast. Bill mixed in some more tonal photos, so it’s part retrospective and part greatest hits. I have so many photographs, I discover them all the time. There’s always something, as long as you bring a fresh view to it, and that’s the beauty of photography.

See the exhibition through Oct. 29 at Iris BookCafé and Gallery in Over-the-Rhine.

This story was originally published by FotoFocus' The Lens and republished here via an unpaid partnership with the arts nonprofit.