After closing its doors in Mount Adams in 2017, the owners of Teak Thai have reopened in a fresh, new space across from Washington Park in Over-the-Rhine. The eatery, which opened over the summer, is known for its top-notch Thai cuisine — including their incredibly popular pad Thai — and their sushi offerings. Talented longtime chef John Lee, from the Mount Adams location, has joined Teak OTR and brought his sushi expertise with him. Owner Chanaka Delanerolle said he decided to reopen Teak in Over-the-Rhine because of the neighborhood's energy, along with being able to offer something different than most restaurants in the vicinity. "The city is spending a lot of energy — when I say 'energy,' meaning effort and money — and everything to get this neighborhood going. And I don't see any Thai restaurants around here," Delanerolle said in an interview. Kaze OTR, a Japanese restaurant that was well-known for its sushi bar, was bought by the Thunderdome Restaurant Group in 2019 and closed at the end of that year. Teak OTR features many of the favorite Thai dishes it was known for in Mount Adams, but with a more modern presentation, as well as a new sushi menu and cocktails with an interactive appeal. In addition to Thai and sushi bites, they also offer daily dim sum.
Scroll down to view images

A spread of menu items available at Teak OTR 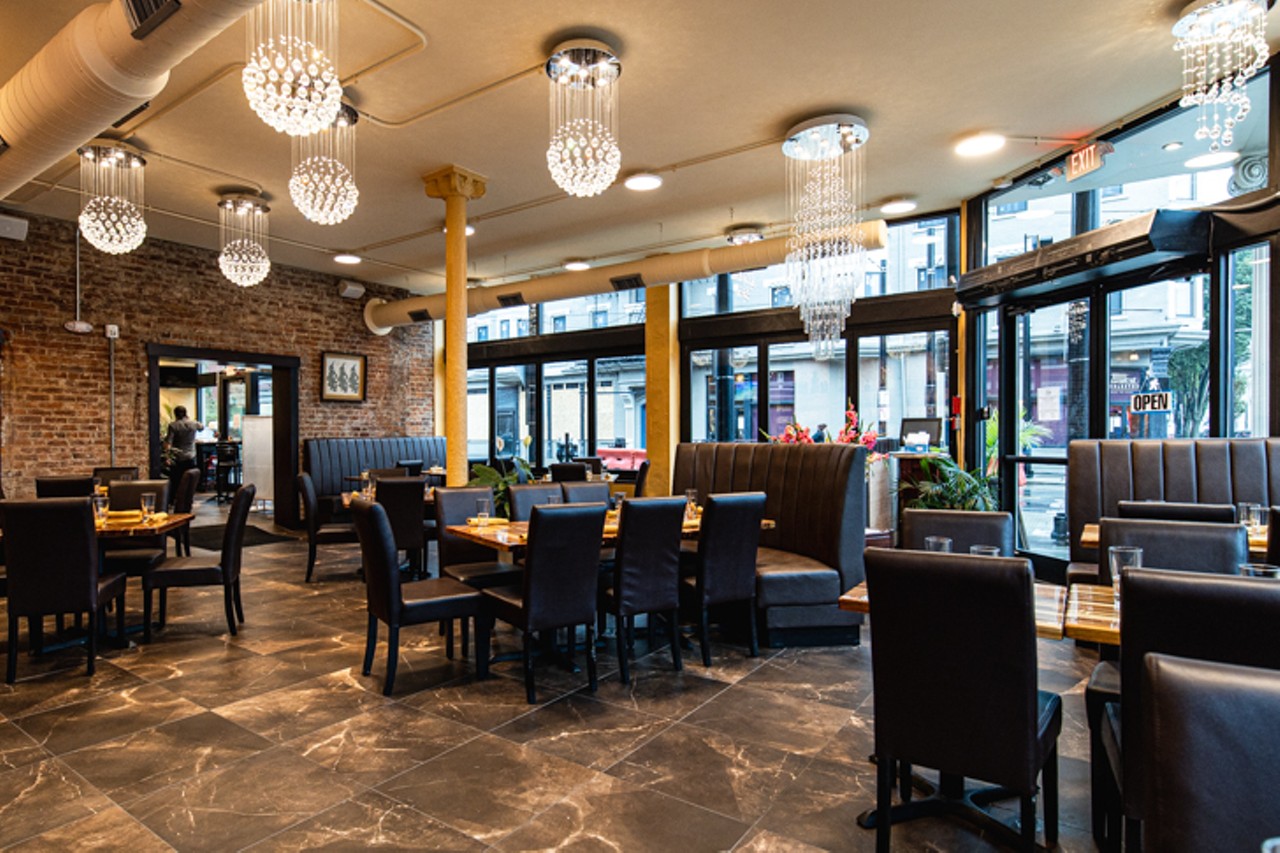 View of dining room from entry 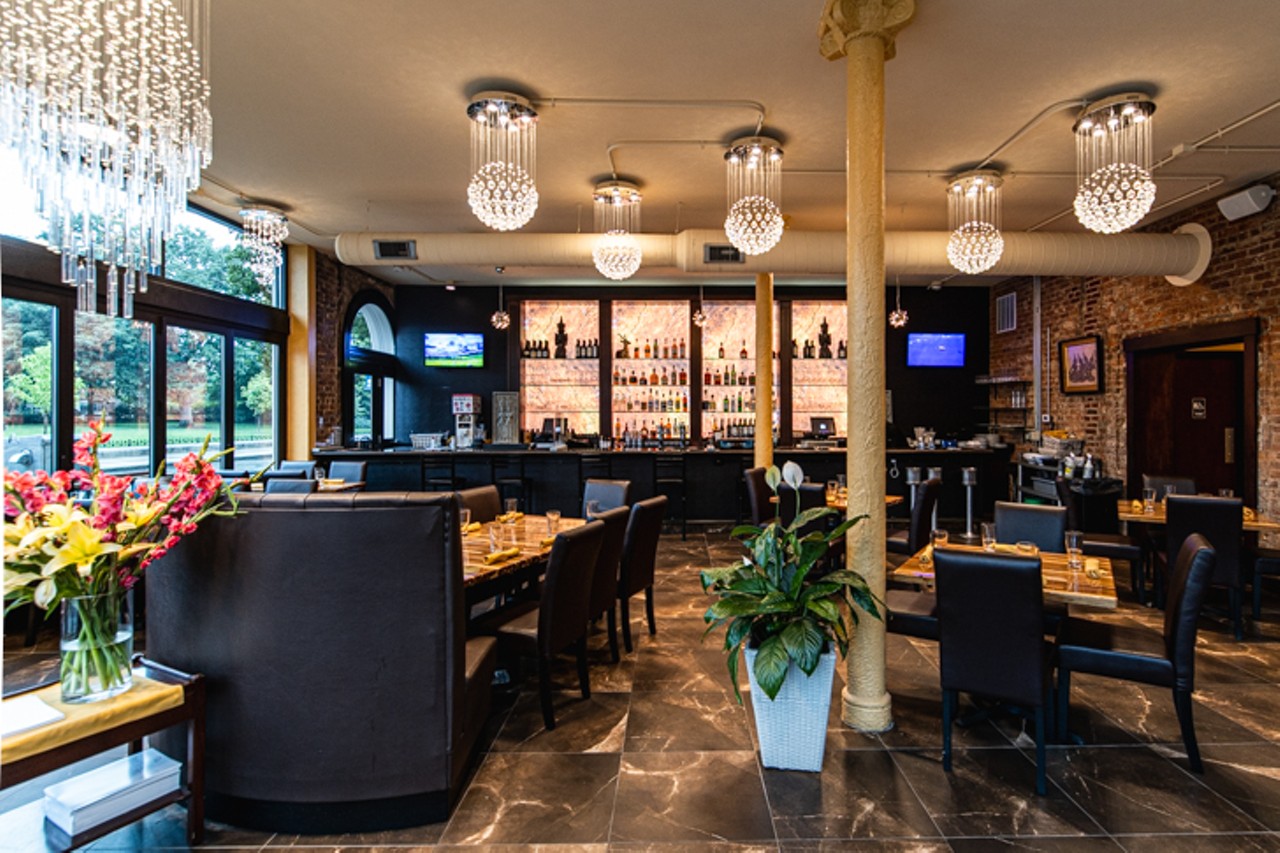