In a post announced on Facebook last night (Dec. 9), Terry's will be closing in about two weeks because owner Terry Carter is retiring.

The news comes a couple of months after Carter was accused by former employee Evelyn Marie Reid of making sexist remarks to her after firing her.

Reid posted her story and a video of Carter, which appears to capture these remarks, on social media, which was then widely shared and reported on by local media outlets. 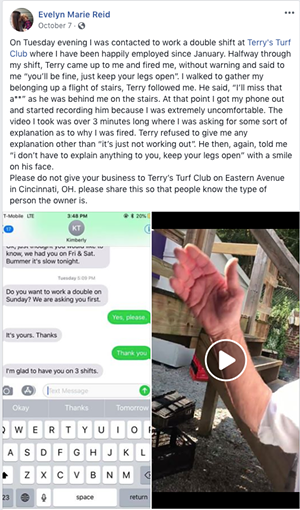