There will soon be more reasons to raise a glass in Northern Kentucky — and more bourbon to fill it. 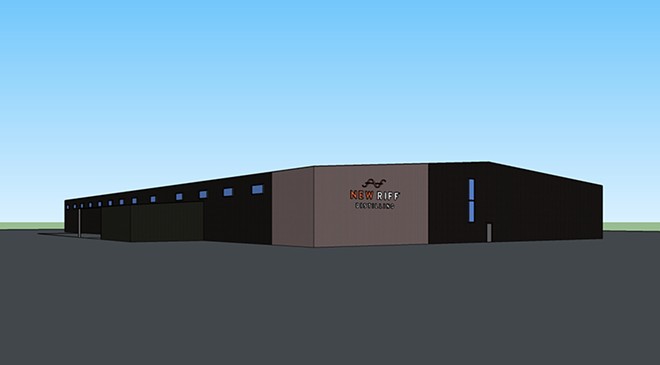 There will soon be more reasons to raise a glass in Northern Kentucky — and more bourbon to fill it.

The Newport-based New Riff Distilling has announced it is expanding with plans to build a new barrel warehouse on a 10-acre site in Silver Grove, Kentucky. According to a release, the warehouse will be able to house and age more than 40,000 barrels of whiskey, with the option to add more space in the future.

“Last year we expanded our distillery to increase production,” said co-founder Ken Lewis in the release. “With our Newport facility already nearing capacity before that, it is time to add more storage and we’re happy to be building in Campbell County.”

New Riff was founded in 2014 by Lewis, former owner of The Party Source, and the brand released its first bottles of bourbon in 2018, after four years of aging. Today, the distillery produces bourbon, rye and Kentucky Wild Gin, with distribution in 15 states; New Riff will soon be available in 16 as the brand expands into Illinois later this year. The distillery uses water from an aquifer located on its property to produce its spirits and says its bourbon and rye are "made with traditional sour mash methods and bottled-in-bond without chill filtration."

New Riff has a flagship distillery in Newport (24 Distillery Way), located adjacent to The Party Source. That building expanded in 2021 by 800 feet, adding fermenters and upping annual production to 12,000 barrels from 8,000. The brand also operates a separate warehouse in Newport (1104 Lowell St.) for storing and aging its spirits.