Established in 1934, Swensons largely operates on an old-timey drive-in model, in which patrons park near the restaurant and a server takes orders at their car window. 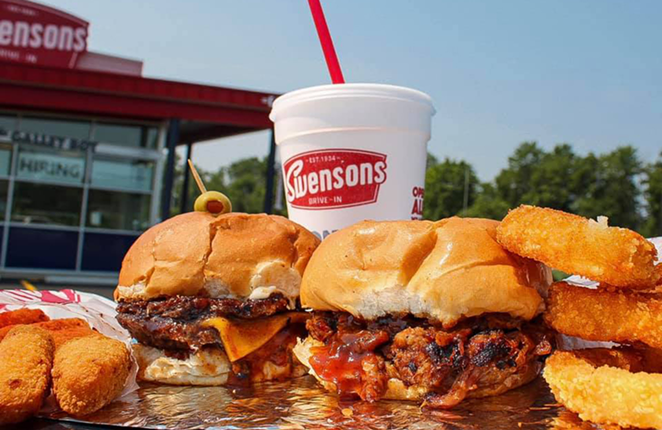 A beloved burger joint from northeast Ohio finally is making its way down to Cincinnati.

Akron-based Swensons Drive-In announced on social media last week that the long-running hamburger restaurant would open in the Queen City soon. The regional chain will kick off construction Tuesday, July 20, at 491 Ohio Pike in Cherry Grove, about 15 miles east of downtown.

Established in 1934, Swensons largely operates on an old-timey drive-in model, in which patrons park near the restaurant and a server takes orders at their car window. The restaurant grills all food upon order, and the server then delivers it back to the car.

In addition to the Galley Boy — the restaurant's signature double cheeseburger slathered with two sauces — Swensons is known for its milkshakes, malts, potato puffs and chili.

Swensons Drive-In has locations in Akron, Canton, Cleveland and Columbus. The upcoming Cincinnati location will mark the restaurant's first venture into the southern portion of Ohio.

Below, watch WKYC-TV's report to see how a Swenson's Galley Boy is made.