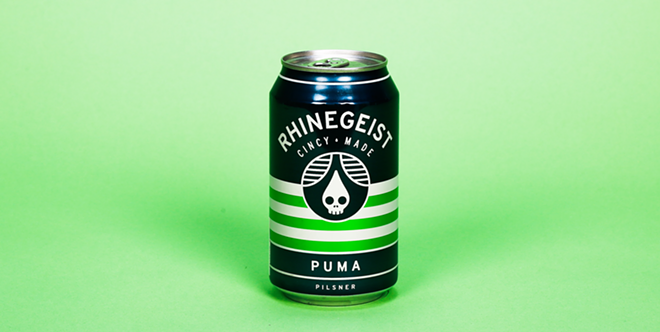 Paste has released its rundown of the "50 Best American Breweries of the 2010s" and a Cincinnati favorite is on the list. Rhinegeist Brewery was declared one of the top 50 breweries of the decade, coming in at No. 49.

Rhinegeist was the only Ohio brewery to make the list. Firestone Walker Brewing Company in Paso Robles, California was deemed the best American brewery of the ’10s.

Paste's writers and editors came up with the list based on the best of the breweries that "made major contributions to the field, rolled with the punches, innovated and improved the scene around them." Criteria used included the companies' strength, growth and consistency throughout the decade and their importance to the local beer scene, as well as "to the larger craft beer sphere." (You can get a sense of the growth of the independent brewing scene in general by checking out Paste's smaller list of the best breweries of the ’00s.)

Paste's Rhinegeist entry cited the brewery's Cheetah lager, Dad holiday ale and Calfé as their favorite beers. Here's what else they had to say:

It has become very difficult—almost impossible, really—to turn breweries founded in the 2010s into the sort of regional/national powerhouses that were built much more easily in the generations that came before. The crowded marketplace, slowing growth rate and successful push to instill preference for “small and local” in many consumers has limited the possibilities for breweries to expand past a certain size, which made the seemingly unstoppable trajectory of Cincinnati’s Rhinegeist that much more impressive. Here is a brewery that really captured the attention of “average” Midwestern craft beer drinkers in the 2010s, and they rode that wave all the way from a 2013 opening, well past the 100,000 barrel mark.