Local Musicians Do It Up for Halloween

With Halloween falling on Saturday this year, pretty much every club you go to this weekend is going to be having a Halloween party, most likely with a “Halloween costume contest” component. 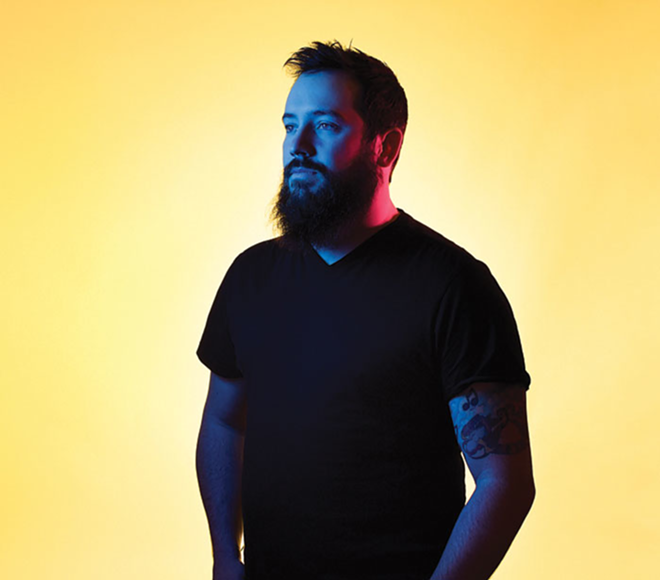 With Halloween falling on Saturday this year, pretty much every club you go to this weekend is going to be having a Halloween party, most likely with a “Halloween costume contest” component. My recommendation — scheme up the most kick-ass costume you can and then hit up 15 or so bars and see if you can’t take home a nice chunk of prize money at the end of the night.

Also recommended — checking out some of our city’s great local artists while you’re Halloweening. Friday and Saturday nights’ live music listings are loaded with local acts doing the Halloween thing. Here are just a few options:

Things begin at 9 p.m. with Depravement, a tribute to Indie Rock heroes Pavement featuring members of Mardou and Sun Country. From there, fans will get to witness sets by Positive Party Control Patrol (an Andrew WK tribute featuring members of The Slippery Lips and The Pinstripes), Serve the Serpent (a Nirvana tribute with members of Hateflirt, Comprador, Weakness, Mardou and Vacation) and Material Girl (yes, a Madonna tribute featuring rockers from The Dopamines, Banderas and Hekura). The tribute bonanza concludes around midnight with Shrunken Heads, a Talking Heads tribute starring Adam Stone and ADM, plus members of The Never Bird, Why?, Pop Empire and Animal Mother.

Admission is $5. The live music will be followed by DJ sets until closing time.

• Rock & Roll’s king of eccentricity, Frank Zappa, seems a fitting Halloween target for a tribute. And that’s just what is happening at Urban Artifact (1660 Blue Rock St., Northside, artifactbeer.com) Saturday. One can only imagine the large fake mustaches that will be on parade.

“Zappaween” will feature a band of notable local musicians and Zappa lovers, including Brad Myers (also of Rays Music Exchange, which is playing its own Halloween show on Friday at Over-the-Rhine’s Woodward Theater), Dominic Marino (of Blue Wisp Big Band and The Cincy Brass, which does its Halloween gig Friday downtown at Arnold’s), Kristin Agee (Us, Today), Devon Leigh (Eclipse, The Qtet) and several others.

The free event begins at 9 p.m. with a secret Zappa album played in its entirety. The band will perform a set of other Zappa tunes during its second set at 11:30 p.m.

The show starts at 7 p.m., and adding to the fun will be a “hoop performer,” “glow art,” go-go dancers, free pizza and $50 prizes for best male and female costumes. Tickets are $10 in advance at cincyticket.com or $15 at the door.

• If Hard Rock is more your thing, local group Lying in Ruins is presenting its second-annual “Halloween in Ruins” concert at 8 p.m. Saturday at MVP Sports Bar & Grille (6923 Plainfield Road, Silverton, mymvpsportsbarandgrille.com). The band is joined by locals Dear Agony, One Day Alive and Then and Now

Prizes will be given for the best costumes. Advanced tickets are available through cincyticket.com. Admission at the door is $7 (or $5 if you wear a costume).