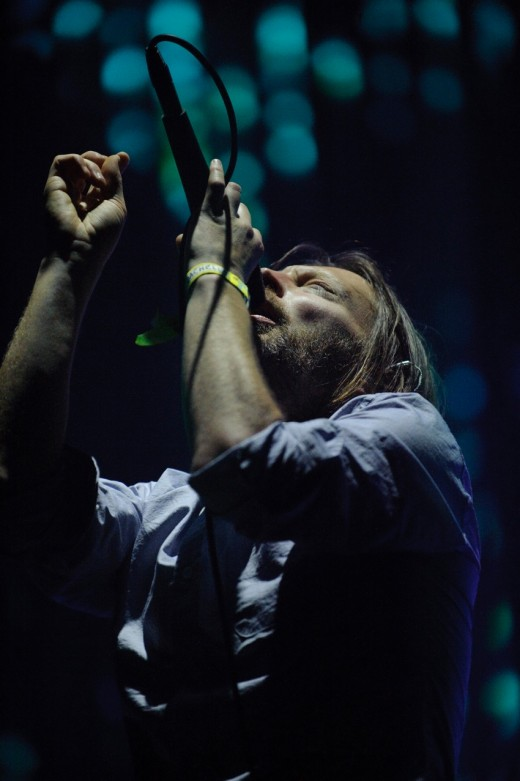 Influential Modern Rock icons Radiohead have announced a slate of North American summer tour dates, including a July 25 stop at U.S. Bank Arena. It is only the second time the band has played Cincinnati; in 2012, the group performed at Riverbend on its tour for The King of Limbs. Tickets go on sale this Friday at 10 a.m.

Radiohead’s current tour is in support of its latest album, 2016’s A Moon Shaped Pool. The band was announced as a semi-finalist for the Rock and Roll Hall of Fame’s class of 2018, but… they had to get Dire Straits in there instead. Radiohead seems a lock for eventual induction, if not next year, then soon after. The group members nonchalant reaction to the potential of being Rock and Roll Hall of Famers might have had something to do with being overlooked this year — guitarist Jonny Greenwood reportedly said, “I don’t care,” about the honor and before the finalists were even announced for 2018, the band had a Latin American tour scheduled during the same time as the induction ceremony (it takes place April 14 in Cleveland).