R&B, comedy and good-old '80s Pop goodness are on the way to Cincinnati. 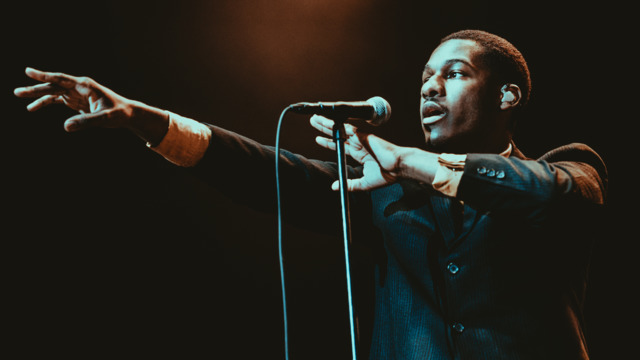 Photo: Cal Quinn, Creative Commons
Leon Bridges will perform in Cincinnati in May.

While this week’s touring roundup isn’t as large as in weeks past, the new shows feature something for everyone. Whether you want to get down to some 1980s Pop, groove to modern Soul or get a laugh from some of the nation’s most well-known comedians, Cincinnati has that for you.

The lead singer of the 1980s band When In Rome will make an appearance at the Ludlow, Kentucky, brewery as a part of Bircus’ "80’s Summer Concert Series." Known for the song “The Promise,” Farrington will perform that hit in addition to the group’s other dance tunes. Dublin Defense, a local band, will follow Farrington in the concert series on Aug. 7. Tickets for both shows are available now at bircus.com.

The Pop singer known for her single “Two of Hearts” will round out the "80’s Summer Concert Series" at Bircus. Stacey Q’s music has reached No. 3 on the Billboard Hot 100 charts, and the artist has also spent time in Hollywood pursuing an acting career. Tickets are available now at bircus.com.

By the way, do you remember when Stacey Q played "Cinnamon" on the TV show The Facts of Life?

Memorial Hall's Longworth-Anderson music series is back. Alt-Folk hero Neko Case will play on Sept. 3, with "New Pornographers leader and full-fledged power-pop genius AC Newman," says a release. There will be a pre-concert reception with local beer, food and music from 6:30-8 p.m. This is a rescheduled, nearly sold-out event. For ticket info, visit memorialhallotr.com.

Ndegeocello will be playing Memorial Hall's Longworth-Anderson series. "Backed by her longtime band, Meshell performs in her distinctive musical style guided by rich, warm tones and her trademark sensuality and soul," reads a release. There will be a pre-concert reception with local beer, food and music from 6:30-8 p.m. This is a rescheduled show. Get tickets at memorialhallotr.com.

Three time Grammy winner Taj Mahal will be at Memorial Hall to play the Blues. There will be a pre-concert reception with local beer, food and music from 6:30-8 p.m. Get tickets at memorialhallotr.com.

The Blues and R&B singer who rose to fame throughout the 2010s will stop in Cincinnati’s new music venue as a part of his international tour. The six-time Grammy Award winner will play hit songs such as “Please Come Home” in addition to tracks from his newest album, This Land. Tickets will go on sale at 10 a.m. July 23 on ticketmaster.com and iconmusiccenter.com.

The Tenderloins, best known for their truTV comedy show Impractical Jokers, are hitting the road for their 40-date “Scoopski Potatoes” tour. The tour will feature video footage that has never been seen before, as well as stand-up from the four comedians. Tickets for the Cincinnati show will go on sale at 10 a.m. July 23 at ticketmaster.com. Read CityBeat's story about Impractical Jokers.

The Grammy Award-winning R&B artist has announced a 15-date tour that will stop in Cincinnati in May. The tour will celebrate the release of Bridges’ newest album, Gold-Diggers Sound. Chiiild will open the concert. Tickets will go on sale at 10 a.m. July 30 on leonbridges.com.