It makes me sad, angry and bewildered every time I see a black person littering, just blatantly tossing down with impunity and careless disregard for their surroundings the remnants of their ghetto diets and their ghetto lifestyles 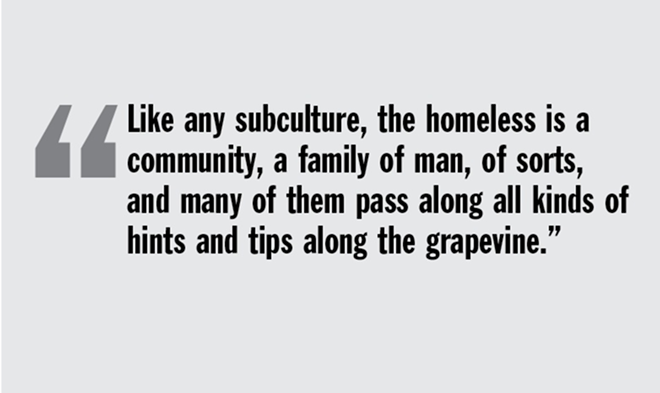 It makes me sad, angry and bewildered every time I see a black person littering, just blatantly tossing down with impunity and careless disregard for their surroundings the remnants of their ghetto diets and their ghetto lifestyles: plastic bottles, Arizona Tea cans, 40-ounce bottles, barbecue Grippo’s bags, blunt wrappers, McDonald’s cartons, Magnum wrappers, soiled Kotex maxi pads and the utmost in ghetto garbage and the most telling tossed-off scion of black ghetto self-hatred — the tumbleweave.

In disbelief and horror, I have come upon and snapped cell phone pictures of snatched-out and thrown-down sections of synthetic Korean wig shop hair pieces mangled with dirt, old glue and footprints on ghetto sidewalks and in ghetto parking lots across this city.

I keep stressing the word ghetto because, though it borders stereotypes, I believe there is something to the connection between poor blacks (and whites) and littering.

For the sake of conversation I’m much more concerned here with black trash.

American ghettoes are easily profiled by the concentration of poor people living literally and figuratively atop one another, their geographic disconnect from sustainable jobs, green spaces and top-tier educations and the proliferation of trash.

Somewhere along the path to socializing poor people to accept less — of themselves, from their governments and landlords — they’ve been brainwashed into believing they’re supposed to live in filth and that filth must surround them outside.

I do understand the poor renter’s mentality, though.

Poor renters do not own it, so they’re divested in the aesthetic pleasure of their immediate surroundings; furthermore, they may see the cleanliness of the streets where they live as someone else’s responsibility.

After all, the street sweepers and garbage trucks do come every week so, hey, since someone else is picking up this shit, why not throw it down?

Also, there is a never-ending cycle of mind-numbing temporariness — a poor man’s metronome — keeping time among the ranks of the poor in America.

Everything in this world expires and has a quick shelf life the length of calendar months. Depending on your status with any branch of the federal government, your metronome may keep ticking another month or it may be abruptly stopped.

And on and on.

Poor black people who mindlessly and carelessly litter do not understand the long-lasting effects of landfills on the Earth in all that trash swept and picked up by city workers; they just know it is picked up and taken away somewhere they can’t see it anymore.

So the trash becomes like the other temporary markers of poverty in their lives: there for awhile, then gone (somewhere) forever.

Thankfully, of course, there are always prideful poor denizens, those people (stereotypically, a black grandmother) who keep tidy their stoops, drives and the real estate near to where they live.

Every morning they’re sweeping, stooping to pick up trash with their bare hands and sometimes they even keep small potted plants and flowers in their windowboxes.

Their good examples do not rub off on all the people living around them, though. And according to the powers of some invisible dividing line, their areas set them apart from the rest.

Why can’t this be the norm in poor black neighborhoods?

Ironically, there must now be more street-level garbage cans in black neighborhoods like Evanston, Avondale, the West End and (black) Over-the-Rhine than ever before, yet I have in recent weeks seen black people throwing trash to the ground as they approach garbage cans.

It’s as if public garbage cans are to them strange pieces of abstract sculpture they haven’t been taught how to interpret.

To this I say, it ain’t Picasso, nigga, it’s a can with a hole in the top. In a few feet, put that empty Flamin’ Hot Cheetos bag in it and keep walking.

I wonder if the city invested the money in outfitting public cans with fresh bags of silky yak hair or Cricket phones still in their boxes spilling out of them or maybe with speakers blaring Two Chainz or Rick Ross on a loop, I wonder then if niggas would at least be compelled to walk toward public cans with their trash instead of avoiding the cans like they’re contagions.

I know some poor black litterers don’t know recycling from sampling and that not littering must be taught, like how not to hate or how to make eye contact.

Whose job is this, anyway?

As an adult I have only been a renter but it never stopped me from sweeping a stoop, separating my trash for recycling or calling out a (black) passerby for dropping their garbage anywhere near my living space.

As in: “Hey! I’m finna follow you to where you live and throw my McDonald’s bag on the sidewalk in front of your door!”

This has sometimes worked.

Chagrined black folks who’d pulled in front of my building to finish an argument with a passenger, to meet one drug connect or another or to, yes, dump their car trash would sometimes get out of their cars, apologize and pick up their trash and take it to the cans alongside my building where I’ve directed them.

Mostly, though, they’ve peeled away, maybe embarrassed to be seen and called out.

Maybe my frustration is another signpost of aging, of becoming more of a curmudgeon.

I was nearly 5 on the first Earth Day, old enough to remember the “crying Indian” (as we said then) in full dress.

He canoes onto a littered shore.

Standing roadside, someone throws trash from a passing car.

It lands, splattering at his feet.

He sheds a single tear.

Poor black litterers: You are the trash you make.

If you know how.