Over the years, tenants have alleged a variety of bad conditions, including lack of heat or water, flooding, mold, rodent infestations and more. 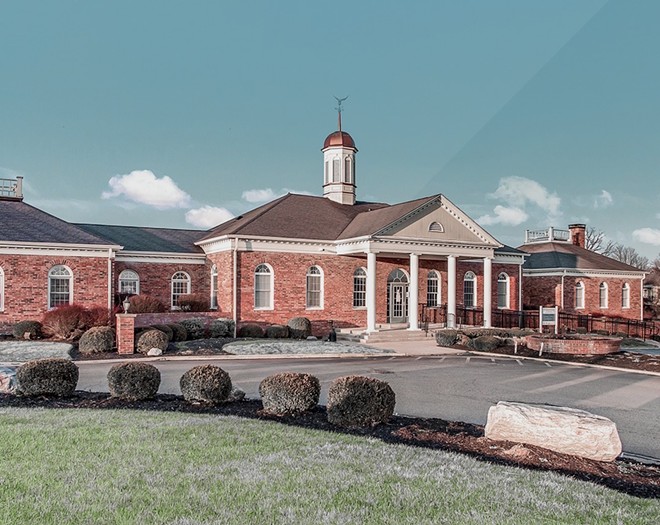 Has the Williamsburg apartment complex burst its final pipe?

The city of Cincinnati announced Jan. 10 that it has filed a lawsuit against Williamsburg of Cincinnati Apartments & Townhomes for "maintaining substandard living conditions at the premises." The case will be heard in the Hamilton County Court of Common Pleas.

Residents have reported numerous violations and city inspectors have recorded multiple code violations at the Williamsburg over the years. In recent months, residents have taken their concerns to Cincinnati City Council to plead for assistance in getting their landlord to address issues.

Tenants at the property at 200 W. Galbraith Rd. have alleged a variety of bad conditions, including being without heat or water in winter, broken water pipes flooding individual apartments, mold, rodent infestations, sewer issues, faulty wiring and more. Shortly after addressing the council in December, many residents went without heat and water over the Christmas holiday while Ohio experienced heavy snowfall and what the National Weather Service called a "bomb cyclone." Residents also went without water around Thanksgiving.

On Jan. 9, a number of residents voted to have Legal Aid Society of Cincinnati represent them in a potential lawsuit, saying that their landlord, noted as BRC Williamsburg Holdings in the city's lawsuit, has not adequately addressed the apartment complex's ongoing hazardous conditions.

"While Defendants admit that the premises is in disrepair and there is inadequate staffing, Defendants have failed to demonstrate a meaningful commitment to addressing the immediate or long-term needs of the property," the city says in its 52-page filing. "Cincinnati Defendants' actions and inactions have resulted in destabilizing a significant portion of the housing of an entire community, requiring intervention by the Court to ensure the protection of public health and safety."

In the lawsuit, the city claims that the Williamsburg complex already was in disrepair when BRC Williamsburg Holdings bought it in 2018 and now has "conditions that present a serious threat to the health and safety of a community." Cincinnati also claims that the owner has ignored routine maintenance. In addition to the issues that residents have been bringing up for years, the city said that the Williamsburg also has roof leaks, units without functioning toilets, broken or missing sidewalks and doors, rusting balconies, a moldy laundry facility and damaged swimming pools.

The city also says that the Williamsburg is violating fire codes with inoperable hydrants, inadequate exit lighting, accumulated garbage and inadequate fire separation between units. The lawsuit also alleges that criminal activity at the apartments has increased, thanks to inoperable security gates, inadequate outdoor lighting and overgrown vegetation.

Moreover, Williamsburg residents have suffered health problems due to their living conditions, the city's lawsuit alleges.

"There is a disproportionate number of cases of asthma among the residents of the complex as compared to the general population," the city says.

According to the city, BRC Williamsburg Holdings repeatedly has failed to address the issues.

“Despite our efforts as a city, we do not believe ownership has shown a strong commitment to quickly and comprehensively responding to this critical situation. It is their responsibility to provide a safe place for these residents to call home. And we are here to hold them accountable,” city manager Sheryl Long added.

In further claims, the city says that BRC Williamsburg Holdings obtained a $74 million loan in 2019 but did not invest a substantial amount of that money into the property.

The Cincinnati Board of Health is listed on the lawsuit as a joint plaintiff with the city of Cincinnati. The lawsuit is being served to multiple entities, including a laundry facility company, an asphalt company and a project management office, which may claim business interests with the Williamsburg apartments. Many of the contractors previously filed suits or liens against BRC Williamsburg Holdings due to nonpayment, the city says.