Here's where Greater Cincinnati is still segregated — and where it's changing

Census data reveals many communities in Cincinnati remain demographically similar to past decades, while others have shifted dramatically 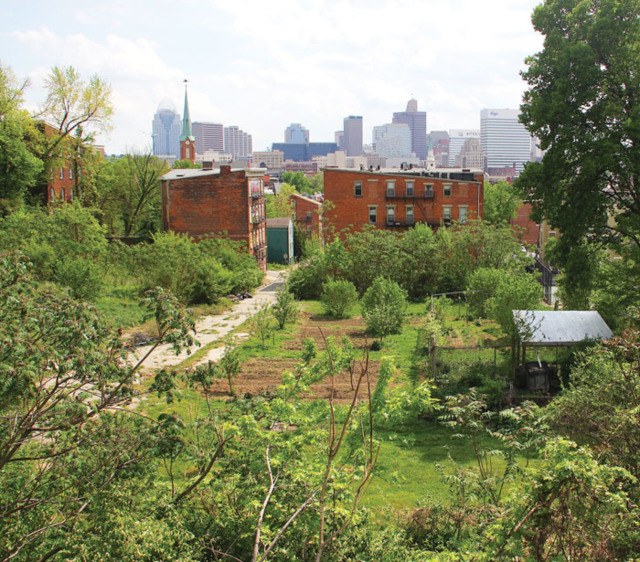 Recent U.S. Census data shows where segregation persists in Cincinnati and surrounding communities, while revealing some interesting demographic changes in the region.

That data is handily mapped here by the Washington Post with color-coded dots to show population and racial density in cities across the country — blue for black population, red for white population, green for population groups of various Asian descent, yellow for those of Hispanic origin and orange for native peoples. The maps also track change across time using decennial Census data from 1990 to 2010 and American Community Surveys up to 2016.

The map shows large concentrations of white and African-American populations in some of the same Cincinnati neighborhoods where those groups have been clustered for decades. That data backs up a 2015 CityBeat deep dive into residential and economic segregation in the city, which you can read here. In that report, we noted that nine of the city’s 10 lowest-income neighborhoods are heavily African-American, while nine of the city’s 10 highest-income neighborhoods are predominantly white.

That trend seems not to have changed much in most places. Avondale, Bond Hill and the West End, for example, are still heavily African-American — though overall population has thinned in those areas — while Hyde Park and Oakley are still almost entirely white.

But other neighborhoods have changed, the data shows. The map shows Over-the-Rhine as a mass of blue dots in 1990, 2000 and 2010, representing high concentrations of black population. But by 2016, much of the neighborhood, especially in its southern half, is now filled with red dots, showing an influx of white residents and an apparent decrease in black residents.

That squares with deep dives into American Community Survey data that CityBeat has undertaken in reporting on neighborhood change in some of the city's once predominantly black communities. Some parts of Mount Auburn and Walnut Hills seem to show the same trend, though portions of those neighborhoods have become more integrated over time instead of simply flip-flopping.

Other demographic changes emerge by exploring the map. You can see the influx of residents coming from Mexico, Guatemala and other areas south of the U.S. border in the peppering of yellow dots that show up in Lower and East Price Hill in the years after the 2000 Census, for example, and the influx of black residents into West Side neighborhoods during that time period. Anecdotal stories suggest at least some of that influx is coming from rising rental prices in other neighborhoods closer to the urban core.

Another interesting change: the diversification, or sometimes outright demographic flip, in some suburbs outside of Cincinnati. Large parts of Forest Park, for instance, show up as predominantly white in the 1990 data, with some black enclaves as well. But on the 2016 map, there are many more blocks of blue dots representing black residents, green dots representing residents of Asian descent and some yellow dots representing populations with Hispanic origins.

Other neighborhoods, like North College Hill and Mount Healthy, show a dramatic shift from predominantly red dots to predominantly blue ones (that is, from white population to black population) on the map.

Some of those new black residents in those suburbs are likely coming from Cincinnati proper, which Census data suggests lost about 3,500 black residents between 2010 and 2017, even as the city’s population increased slightly.

It should be noted that American Community Survey data is less reliable than decennial Census results, though considering it in aggregate year-over-year can increase its accuracy. You can peruse the Washington Post's maps of the data here.