The historic record label operated in Evanston from the 1940s through the 1970s.

King Records, the iconic Cincinnati label that produced several celebrated and legendary musicians from the 1940s into the early 1970s (including James Brown), is one step closer to being listed on the National Register of Historic Places.

On Friday, June 17, the Ohio Historic Site Preservation Advisory Board approved the nomination of the King Records complex to be listed on the National Register of Historic Places.

King Records' old studio/office at 1532-36 Brewster Ave. in Evanston was named a historic landmark by the city in 2015 and, in 2018 Cincinnati City Council approved a land swap with the existing owner of the former studio property, who had been threatening demolition of the dilapidated buildings.

The National Park Service has a 45-day review period regarding National Register of Historic Places nominations. So, by late summer, King Records will likely know whether or not they made the cut.

The former record label was founded in the Evanston neighborhood of Cincinnati in 1943 by businessman Syd Nathan. The record label recruited artists in two genres: "Hillbilly," or Appalachian music, and "Race," which then referred to music made by Black artists. At the time of these recordings, those genres were considered to be early precursors to rock 'n roll. At a time when most businesses throughout the country were segregated, King Records is credited as being one of the first Cincinnati businesses to operate an integrated workplace.

When addressing the Ohio Historic Site Preservation Advisory Board on June 17, Beth Johnson, the executive director of the Cincinnati Preservation Society said that preserving King Records' legacy is also about preserving the history of all underrepresented Black historical sites.

"For too long, sites of Black history have been underrepresented on both our local and national historic registers," said Johnson. "King Records has already been listed as a local landmark. In getting this building listed on the National Register, it's an important step to get the rightful national recognition it deserves as both an important site in music history, but also an important site of Black history. The community as a whole in Cincinnati is very proud of the King Records legacy and we hope that you also recognize the importance of this site and celebrating and making that legacy live on for future generations."

In 2021, the King Records Legacy Foundation was officially launched as a collaboration between City of Cincinnati officials, the neighborhood of Evanston, and former King Records recording artists Otis Williams, Philip Paul Bootsy Collins and others involved with the complex's preservation over the years.

Since the King Records Legacy Foundation was first formed in 2019, members, including Butts, have been coming up with innovative ways to honor the building and enduring legacy of King Records. Though details are still being ironed out, Butts estimates that this project will include revitalizing the King Records property to one day house an educational center. According to Butts, this learning center would give visitors a glimpse into how artists recorded at studios like King Records back in the day. And, of course, it will also serve the purpose of teaching the masses about the historic contributions that King Records made to the music industry.


"In the work that I do, I started doing it from the legacy standpoint," Butts said. "And that's something that a lot of people can't see and they don't understand it, since our history has not been put out properly. ... So things like this, you know, when we have brick-and-mortar type situations, it's very important because you have something tangible that they can touch and understand."

Currently, the foundation is in the process of acquiring a preferred development agreement with the city that will allow them to revitalize the space to meet their needs. In the past, the foundation partnered with students at the University of Cincinnati's DAAP program to create design concepts for what the space could look like as an educational center. Butts hopes that this new project will be completed within the next five years.

Being placed on the National Register of Historic Places will not only provide certain tax credits, easements and grants for those developing the property, it will also give King Records even more "gravitas," as Dahan calls it.


"[Being on the National Register of Historic Places] gives this building gravitas," Dahan said. "The federal government is saying this is a significant place in American history — that it's not just significant in Cincinnati and Ohio, but is significant to every U.S. citizen from Alaska to Florida to Maine."

Outside of Cincinnati, the historical designation of King Records may also prompt a discussion around the preservation of other historical music sites, like those buildings that housed Memphis-based Stax Records and formerly Detroit-based Motown Records.


"The ability to have the actual building where all this was created at still standing is extremely unique," Butts said. "Other record companies that have come after King Records, like Stax and Motown, they're excited about this particular situation because this is the precursor for them. It's what we're excited about." 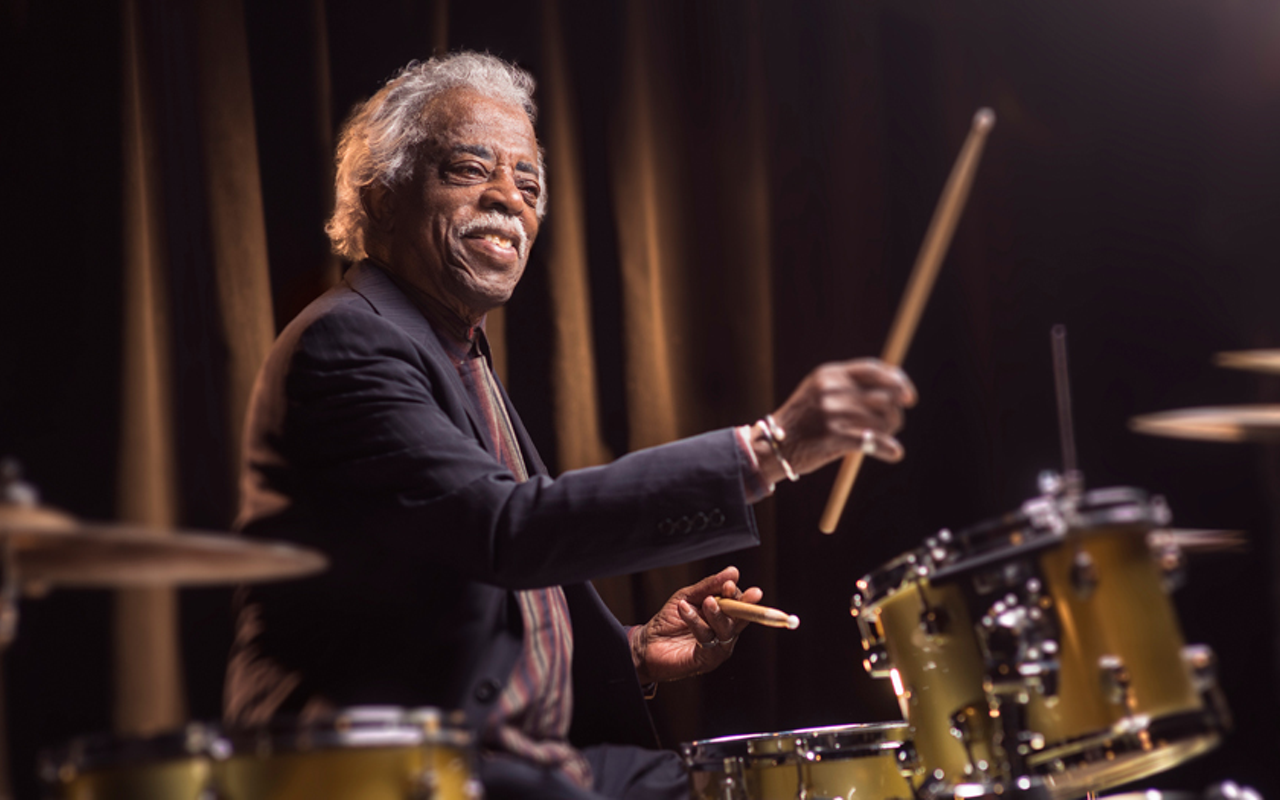 A Conversation with Philip Paul: Memories of the Cincinnati Drumming Legend and King Records Star: "I look forward to every weekend playing because that’s part of my life. I’ve had a happy marriage, I have a wonderful wife and a good family, but when I play on the weekend, that’s like strawberry shortcake." Before Bunbury, Jack White visits King Records site and gets the key to the city: King legends, Cincinnati’s mayor and other officials join rocker before his Bunbury Music Festival headlining slot, where White told the crowd King “is the legacy of your hometown”