The forthcoming Cleveland operation is conceived as only the first in a series of Ohio nonprofit newsrooms jointly called the Ohio Local News Initiative. 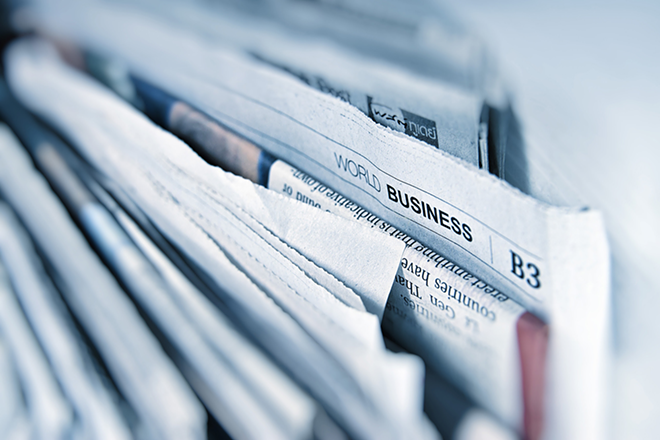 Photo: Absolutvision
The new nonprofit newsroom is spearheaded by the American Journalism Project and the Cleveland Foundation.

In an announcement Tuesday morning, partners in the effort celebrated the as-yet-unnamed newsroom in the context of the shrinking press corps both locally and nationally and the ramifications on public information and civic participation.

“The crisis of local news in this country cries out for bold, innovative and well-resourced entrepreneurial efforts like the local news initiative we’re announcing today,” said Sarabeth Berman, CEO of the American Journalism Project, in a press release. “We’re grateful to be working with this coalition to get an amazing news organization off the ground.”

The specific flavor and brand of the newsroom is yet-to-be determined, and will resolve more sharply into focus when a search committee concludes its national search for an editor-in-chief. The committee, which includes a number of Ohio-based executives in the media and nonprofit spheres, is also searching for a CEO to lead operations statewide. Cleveland is conceived as only the first in a series of Ohio nonprofit newsrooms jointly called the Ohio Local News Initiative.

Like many other nonprofit newsgathering efforts, Cleveland's will be a digital-only operation at the outset but will attempt to make its work available in multiple formats. "Center[ing] community voices" will be key, according to the announcement.

The newsroom will expand on the work of the Cleveland Documenters project and include a "community reporting model" that hopes to train residents and invite them to set the agenda for editorial priorities.

"Those who control the narratives have significant influence on decisions, and therefore have impact on outcomes," said Tim Tramble, President and CEO of the Saint Luke's Foundation, and member of the search committee. "A community-driven newsroom, operating at high journalistic standards, can serve as a vehicle for everyday people to develop the power to shape their own narratives."

The newsroom is distinguished from recent local nonprofit journalism experiments foremost by its scope. This is not a coalition of existing newsrooms or a small, geographically targeted community paper. This is a major operation, which should indeed "dramatically increase the volume of original, in-depth, non-partisan reporting in the region," as the press release foretells. Sights have been set on additional fundraising and down-the-road expansion, and the newsroom could immediately compete with the likes of Cleveland.com and Ideastream.

Chris Quinn, editor of Cleveland.com and the Plain Dealer, said he thought any project that added more journalists in Cleveland was "terrific."

"What we've been working towards these last 8-plus years is sustainable journalism in a for-profit model, as we believe the best way to preserve journalism for the long haul is to generate the revenue to keep it healthy," he wrote in an email. "It's been a journey, but we've made some great strides. The non-profit model has shown promise elsewhere, and I wish this enterprise great success. Recent years have proven that our democracy is threatened as journalism wanes. I hope these folks thrive."

"In an era when for-profit media offers far less than it once did, more local journalism that informs and engages audiences is a win for everyone," he said in a statement. "It’s also a key priority at Ideastream Public Media. We're excited to see what the new Cleveland newsroom produces and stand ready to collaborate with them, and others, whenever possible for the benefit of our community."