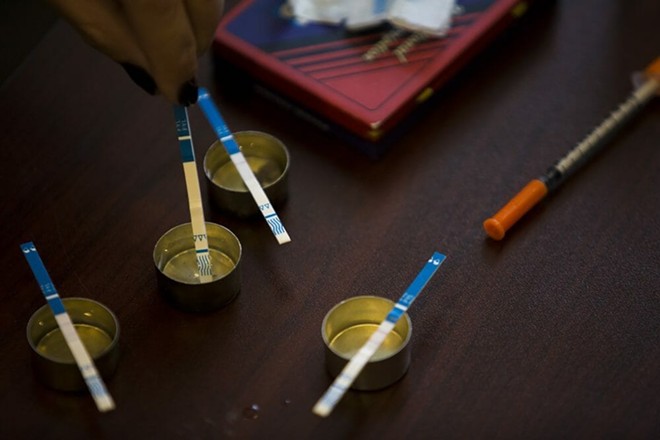 Ohio House lawmakers approved a handful of measures Nov. 30, clearing one for the governor and sending several others over to the Senate.

Lawmakers gave the thumbs up to legislation allowing the use of campaign funds for child care costs and a regulatory “sandbox” to help new financial products get off the ground.

They also approved a warmed-over liability and tort measure. A dispute with the Senate slowed its progress. Lawmakers couldn’t agree on whether to indemnify first responders who injure others in car crashes. The Senate took up and passed the same proposal, sending it on its way to the governor.

All in all, the day’s work was notable for its lack of rancor — most measures passed without significant pushback.

Despite some disappointment they didn’t explicitly authorize agencies to purchase and distribute strips, she argued the changes would be significant.

“I hope that universities, nonprofits, health departments and other organizations will feel confident distributing these test strips,” Boggs said. “It’s just one more harm-reduction tool that will unquestionably save lives across Ohio.”

State senators are working on a similar bill which pairs testing strips with other provisions making the overdose treatment naloxone more readily available. Speaking after the Senate session, though, the bill’s sponsor didn’t sound hopeful about immediate passage.

“It would be very hard,” he said, “especially on the other topics that we have in the health committee that have been priority to get passed.”

He allowed it’s possible lawmakers could tack the provisions to some other piece of legislation before the end of the year. Otherwise, though, he said they’d just try again next session.

House lawmakers also approved legislation that places harsher penalties on “swatting.” The practice involves making a false emergency call to get a SWAT team dispatched to the scene. Rep. Kevin Miller, R-Newark, explained more than 400 such incidents happen around the country in a year according to the FBI.

“We have recently seen a rise in several swatting incidents occurring in our schools around the state,” Miller said. “In fact, just a few months ago, at Licking Valley School District, in my district, they had a swatting incident.”

Under the bill’s provisions, people convicted of swatting face a third-degree felony. If the incident results in an injury, that penalty escalates to a second-degree felony. Courts will also be able to demand restitution from defendants for the costs of dispatching first responders.

The only measure to face notable pushback would codify the office of solicitor general and a “Tenth Amendment Center” within the attorney general’s office. Both already exist, but Reps. Jeff LaRe, R-Violet Township, and Adam Bird, R-Cincinnati, want to enshrine them in law so they continue into future administrations.

The Tenth Amendment “reserved to the states” powers not granted to the federal government. Bird argued their proposal will help defend those state authorities.

“In recent years, we’ve seen a dramatic expansion of federal powers and in some minds, a paternalistic, top-down approach to government,” Bird said.

He also argued it wouldn’t cost the state anything because the roles already exist on the attorney general’s staff.

Rep. Richard Brown questioned the premise of federal overreach and expressed doubts about the price tag.

“I suspect that there in fact will be more taxpayer dollars spent if this bill is passed,” he said, “in order to provide the adequate staff, adequate equipment, and adequate materials to the expanded, larger Tenth Amendment Center as required by this bill.”

This story originally appeared in the Ohio Capital Journal and was republished here with permission.