The comments were in response to Dr. Acton, who is Jewish, extending the Ohio Stay-at-home order to May 29 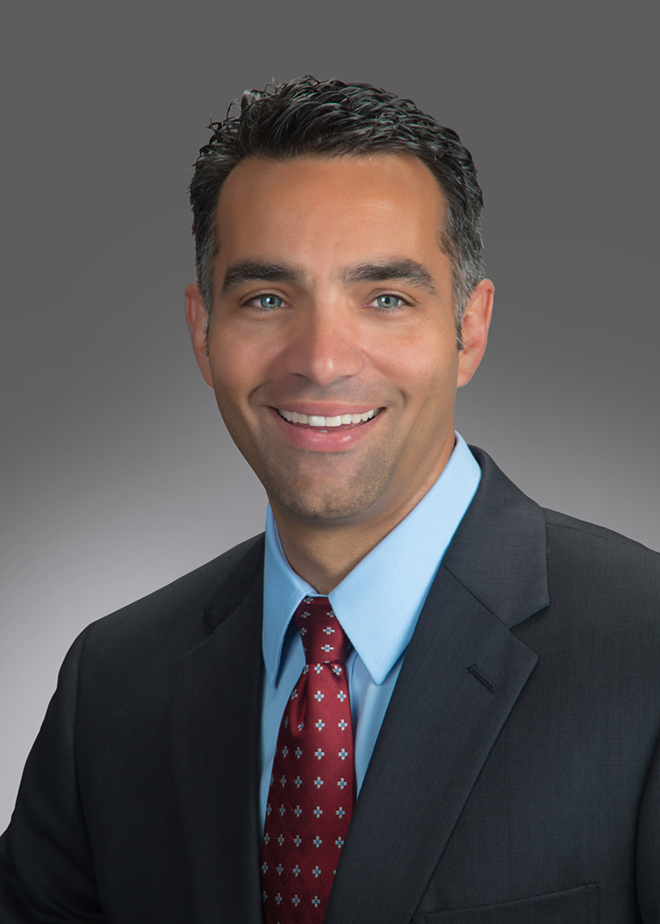 Ohio State Representative Nino Vitale took to Facebook this morning to call Ohio Department of Health Director Dr. Amy Acton a “globalist.” The comments were in response to Dr. Acton, who is Jewish, extending the Ohio Stay-at-home order to May 29.

"Globalist" has long been an anti-Semitic slur. 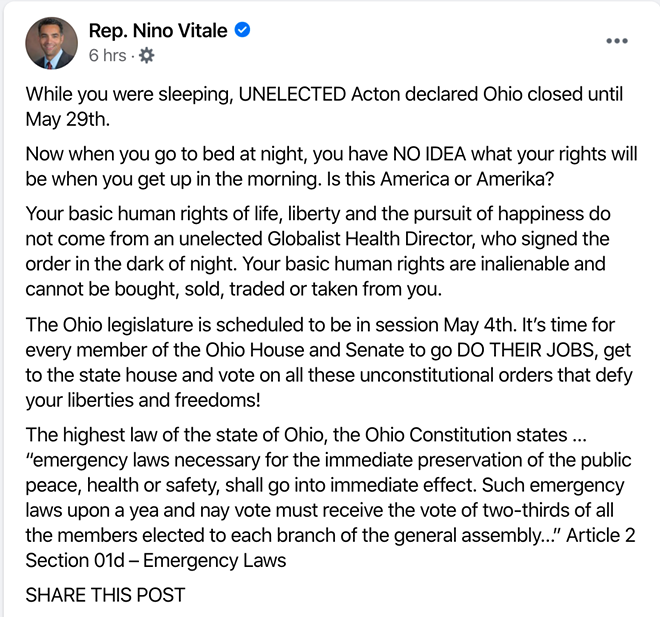 "Your basic human rights of life, liberty and the pursuit of happiness do not come from an unelected Globalist Health Director, who signed the order in the dark of night. Your basic human rights are inalienable and cannot be bought, sold, traded or taken from you," he wrote. "The Ohio legislature is scheduled to be in session May 4th. It’s time for every member of the Ohio House and Senate to go DO THEIR JOBS, get to the state house and vote on all these unconstitutional orders that defy your liberties and freedoms!"

Vitale, who represents Ohio's 85th District, which includes all of Champaign county and parts of Logan and Shelby counties in southeast Ohio, has been critical of Acton and Governor Mike DeWine throughout the pandemic. Vitale has been seen with protestors outside of the Ohio State House and recently posted that billionaire Microsoft founder Bill Gates "wants to lock us down and profit by charging us for mandatory vaccinations.” Gates has been the target of conspiracy theorists during the pandemic.

Vitale, who is the chair of the House Energy and Natural Resources Committee, is also an anti-vaxxer and claims to have a child with a “vaccine injury.”

In mid-April, he sent an open letter to Governor DeWine calling for the reopening of Ohio and said that “waiting for a mandatory vaccination is unacceptable and is reminiscent of communist China.” In many interviews with Ohio Advocates for Medical Freedom, an anti-vax group, Vitale has compared the protective measures taken by DeWine and Acton to "medical dictatorship."

These aren’t the first comments from state representatives that have gone after Dr. Acton. Last month, State Senator Andrew Brenner agreed with comments made by his wife Sara that compared Dr. Acton’s actions to fighting COVID-19 to Nazi Germany.

"With a German accent, in your head say ‘Show me your papers’ … This actually feels like Hitler’s Germany where you had to have blond hair and blue eyes to be able to function anywhere, and you were damned otherwise," Sara Brenner posted on Facebook. "When are people going to say enough is enough?”

Brenner was later forced to apologize after his comments were condemned by Governor DeWine, amongst others.

Vitale didn't immediately respond to a request for comment.