The Booksellers at Fountain Square Will Close Soon

The owner of the last remaining tenant at Fountain Place says sales have plummeted since other retailers left the building last year. 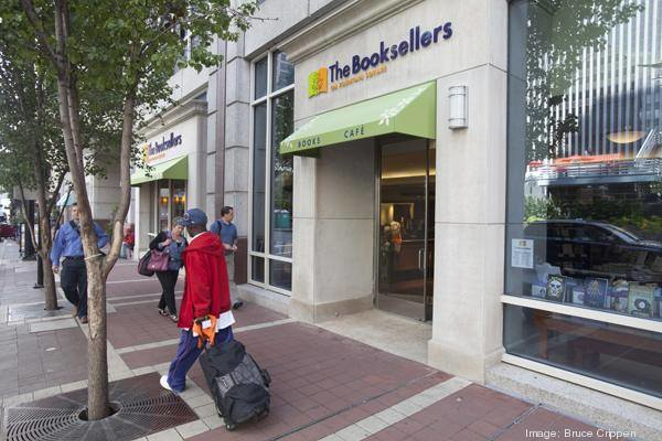 The last tenant in downtown's Fountain Place — the former home of Macy's across from Fountain Square — will close in the near future, its owner says.

The Booksellers on Fountain Square opened seven years ago. Owner Neil Van Uum said that the store is calling it quits due to a decline in business following the closure of Macy's, jewelers Tiffany & Co. and restaurant Palomino last year. Earlier this year, Van Uum wrote to Cincinnati City Council saying that he saw his sales fall 25 percent after the department store's closure.

In a statement today, Van Uum thanked the Cincinnati Center City Development Corporation, which manages the building, for allowing him to "close the store on my own terms."

"We made a valiant effort, but economics dictate that we can no longer operate the store at a loss," he said in the statement. "I want to thank our many loyal customers for their support. You are the best. I especially want to thank my dedicated staff, many who’ve been with the store since we opened almost 7 years ago. You’ve made this journey exceptional.”

3CDC purchased the 210,000 square-foot Fountain Place in January this year for $7.5 million and tapped Cushman & Wakefield to market space in the building. The development corporation says it is seeking a new tenant to fill the space that Booksellers will vacate. The store will have a clearance sale soon, Van Uum says.

“3CDC would like to thank the Booksellers for doing everything it could to remain open, but understands why the decision was ultimately made to close,” 3CDC said in a statement. “While the organization is sad to lose the Booksellers as a tenant at Fountain Place, 3CDC has been hard at work on a development plan for this critical site in Cincinnati’s urban core for several months, and hopes to share its plans soon.”