Get a shot of the Bard at Shakespeare in the Park; test your sea legs during the Crazy Cardboard Boat Regatta; catch an enchanting performance of Cincinnati Opera's 'The Magic Flute.'

Are you impatient for Cincinnati Shakespeare Company to open the doors of its new theater in September? If you need a shot of the Bard before then, Cincy Shakes launches its 11th-annual summer tour of classic plays in free, shortened versions at parks and community centers all over the Tristate. The fun kicks off with a rollicking comedy about the funny fat guy, Sir John Falstaff, trying to make ends meet by romancing two happily married and very savvy women in The Merry Wives of Windsor. They turn the tables and deliver a fine comedy. 7 p.m. Friday. Free. Eden Park, 950 Eden Park Drive, Mount Adams. For a full list of this week’s performances, visit cincyshakes.com.

When Chicago-area native Tristen Gaspadarek first began attracting attention with her 2011 album Charlatans At The Garden Gate (often referred to as her debut, though she’d self-released recordings previously), her unique skills as a singer, songwriter and arranger were immediately apparent to many who heard her music. Going by simply Tristen, she moved to Nashville after college to pursue her music career. She has said that Charlatans was written right when she moved and she was listening to a lot of Country music; her slight Americana-befitting “twang” was duly noted in the extremely complimentary reviews the album received from several major publications. But most of those critics saw something much more: the profound understanding of the classic Pop song archetype that this up-and-coming artist exuded on nearly every single track. Tristen craftily uses varying shades and colors to decorate, but her grasp of the deeper mechanics of classic songwriting — from structure and melody to lyrics, vocal delivery and beyond — made her stand out as a special talent, not just to critics but also to other music industry types and, increasingly, music fans. Read more about the artist in this week's Sound Advice. Tristen plays MOTR Pub Friday. Click here for more on this free show.

Though he hails from the Dayton suburb of Kettering, comedian Ryan Singer calls Go Bananas in Montgomery his home club. Now living in Los Angeles, he still has fond memories of his hometown. “When someone has a bad opinion of Dayton, you can always make a couple of quick assumptions,” he says. “First, they probably visited for two days and were stuck in a hotel somewhere and didn’t have car. So they would have that opinion about any place. That’s also probably the type of person that’s vocal about how everything sucks.” Growing up, Singer was close to his grandmother who instilled an interest in religion in him. However, today his interests go beyond theology and encompass the paranormal and more. Showtimes Thursday-Sunday. $8-$14. Go Bananas, 8410 Market Place Lane, Montgomery, gobananascomedy.com. 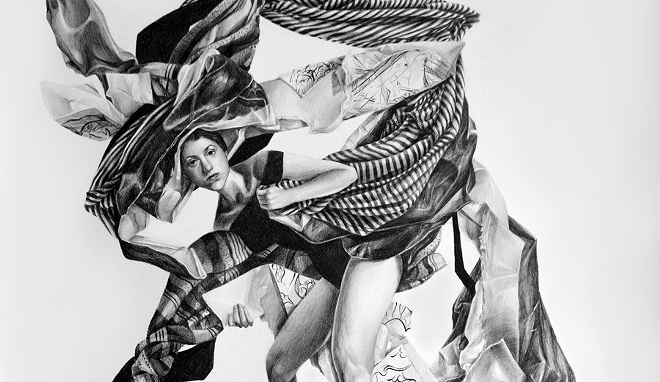 Manifest gallery hosts a public opening for its three newest exhibits: MASTER PIECES, which features the work of MFA students throughout the country and includes a piece by Angelakis; SKETCH, a sampling of nascent works that helped artists realize their vision but could stand on their own; and IN MEMORIAM, artworks made in remembrance. All three exhibitions continue through Aug. 11. Opening reception 6-9 p.m. Friday. Free both nights. Manifest, 2727 Woodburn Ave., East Walnut Hills, manifestgallery.org.

Pasta lovers, noodle connoisseurs and Italian-cuisine enthusiasts alike are welcome to immerse themselves in the culture and food of Italy at Jungle Jim’s Taste of Italia event. Complete with a tour through Italy’s most savory regions, visitors can learn more about Italian history and culture while enjoying fresh dishes and ingredients from across the sea. With the VIP option, ticket holders will have ample access to the Paradise Pavilion bar and exclusive privileges on adult beverages. Show up hungry, because you’re likely to be more stuffed than cheese ravioli when you leave. Ages 21 and up. 6-9 p.m. samples; 6-11 p.m. bar Saturday. $20; $25 day of; $40 VIP; $45 VIP day of. Jungle Jim’s Eastgate, 4450 Eastgate South Dive, Eastgate, junglejims.com.

Don’t rock the boat — because this one is made of cardboard. Set course for Butler County’s Crazy Cardboard Boat Regatta to simultaneously test your sea legs and MacGyver-like craft skills. Register a team, build a water-worthy boat strictly out of corrugated cardboard (and decorative flourishes) and get ready to race around the lake in Voice of America Park… or sunbathe nearby and watch the action. The fastest, most creative and best-looking cardboard boats will win prizes. The race is short, but the activities, entertainment and food last all afternoon. 11 a.m.-3 p.m. Saturday. Free for spectators; $30 entry/registration. Voice of America Park, 7850 VOA Park Drive, West Chester, yourmetroparks.net.

Cincinnati Opera’s current adaptation of Mozart’s The Magic Flute has been described as “surreally enchanting.” Tamino had only seen the princess in a portrait, but this didn’t keep him from embarking on a quest riddled with mythical creatures, an evil queen and heroic trials to save her. However, he finds that all is not as it first appears. Layered in aesthetics of silent film, projections and an absurd animation style, the production — reimagined by Komische Oper Berlin and British theater group 1927 — has bewitched audiences from across the globe. Catch the three-hour classic tale, sung in German with projected English translations. Through July 23. $45-$149. Aronoff Center, 650 Walnut St., Downtown, cincinnatiopera.org.

Complete any collection with a trip to Burlington for the Midwest’s premier antiques and vintage collectibles show. Burlington has everything from authentic antiques to already-flipped furniture. There will be more than 200 dealers, so whether you’re into costume jewelry, coins, cameras or Coca-Cola, you’re sure to uncover some gems. If you’re a serious collector, consider early bird admission — you’ll get first pick for only $2 more. 6 a.m.-3 p.m. Sunday. $6 early bird (6-8 a.m.); $4 general; free 12 and under. Boone County Fairgrounds, 5819 Idlewild Road, Burlington, Ky., burlingtonantiqueshow.com. 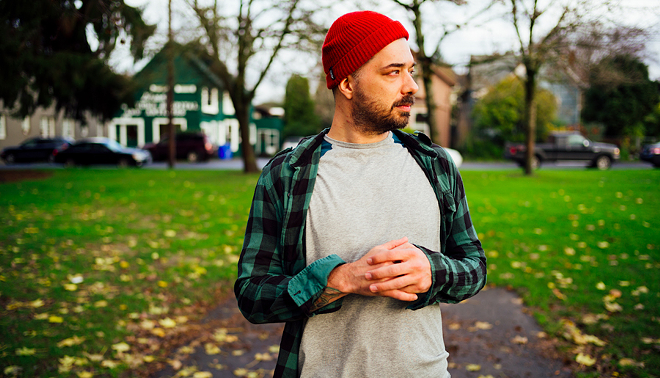 At the start of this year, CityBeat spoke to New York-bred/Bay Area-based underground Hip Hop legend Aesop Rock before a tour stop in Cincinnati about his latest album, The Impossible Kid, a more personal lyrical effort that the MC said was a result of maturing and understanding his artistic talents better. If it’s his “mid-life crisis” — he’s crossed the threshold into his 40s and has been making music for more than 20 years now — it’s a good look for the former Ian Bavitz. His seventh album stands with his best work, as he continues to craft progressive and thought-provoking songs. And don’t expect him to be eyeing retirement anytime soon; Aesop said for him making music isn’t a choice: “It’s a compulsion, a passion, it’s a million things wrapped up in one.” Opening his current tour is the dazzling, creative Art Rap maestro Open Mike Eagle. 7:30 p.m. Sunday. $22.50. Bogart’s, 2621 Vine St., Corryville, bogarts.com.