Everyone We Saw at This Year's Danger Wheel Race in Pendleton

Danger Wheel — the downhill Big Wheel race for grown-ups with a mini death wish — returned to Pendleton July 27. Doubling in size from the 2018 competition, Danger Wheel invited 128 three-person teams to compete in an obstacle course built into Pendleton's urban core. Drivers from each team went head-to-head down a two-block course that changed throughout the day, competing for the coveted title of "Danger Champion." Those who weren't racing could watch from the sidelines and imbibe brews from MadTree, Rhinegeist, Braxton, Taft's and 3 Points, plus snack on food from Mikey's Late Night Slice, Nation Kitchen & Bar and more.
Photos by Holden Mathis
Scroll down to view images 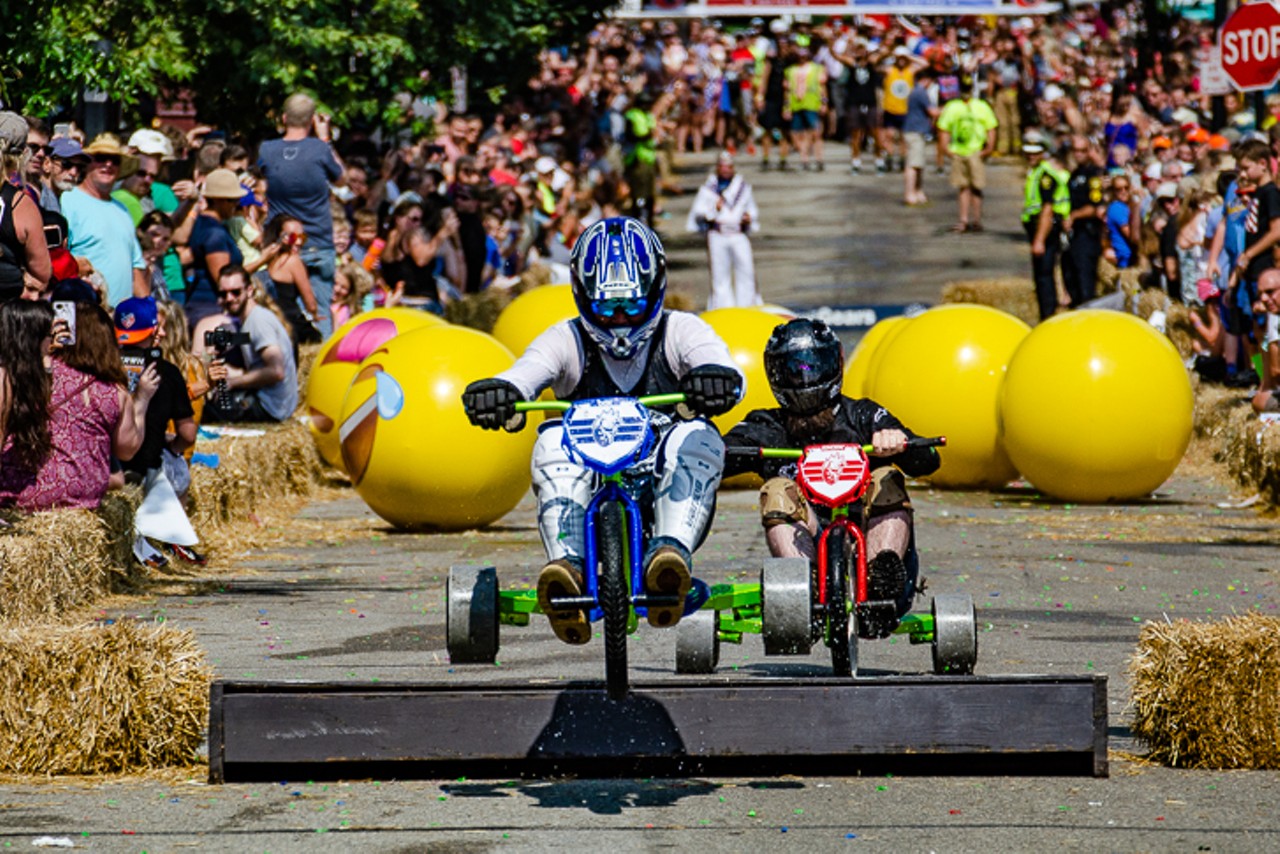 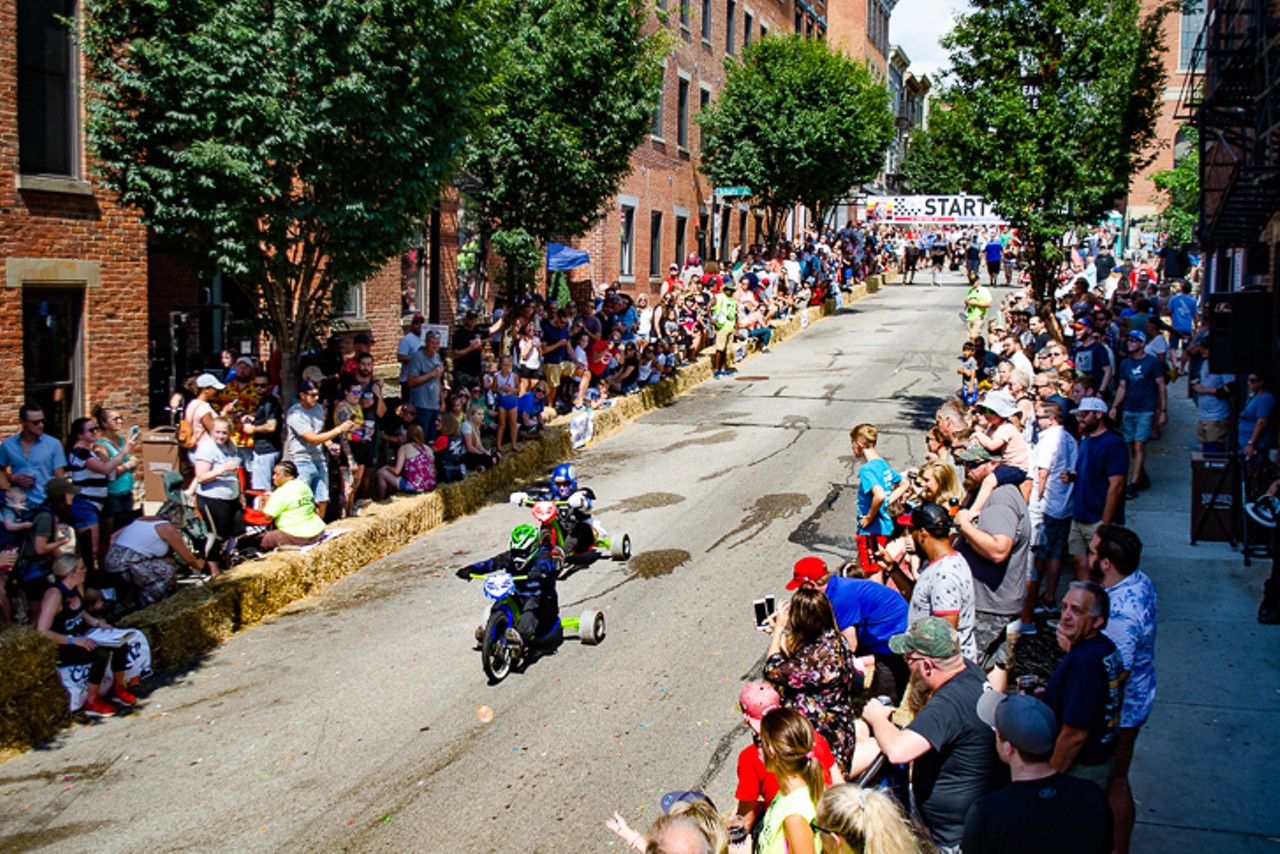 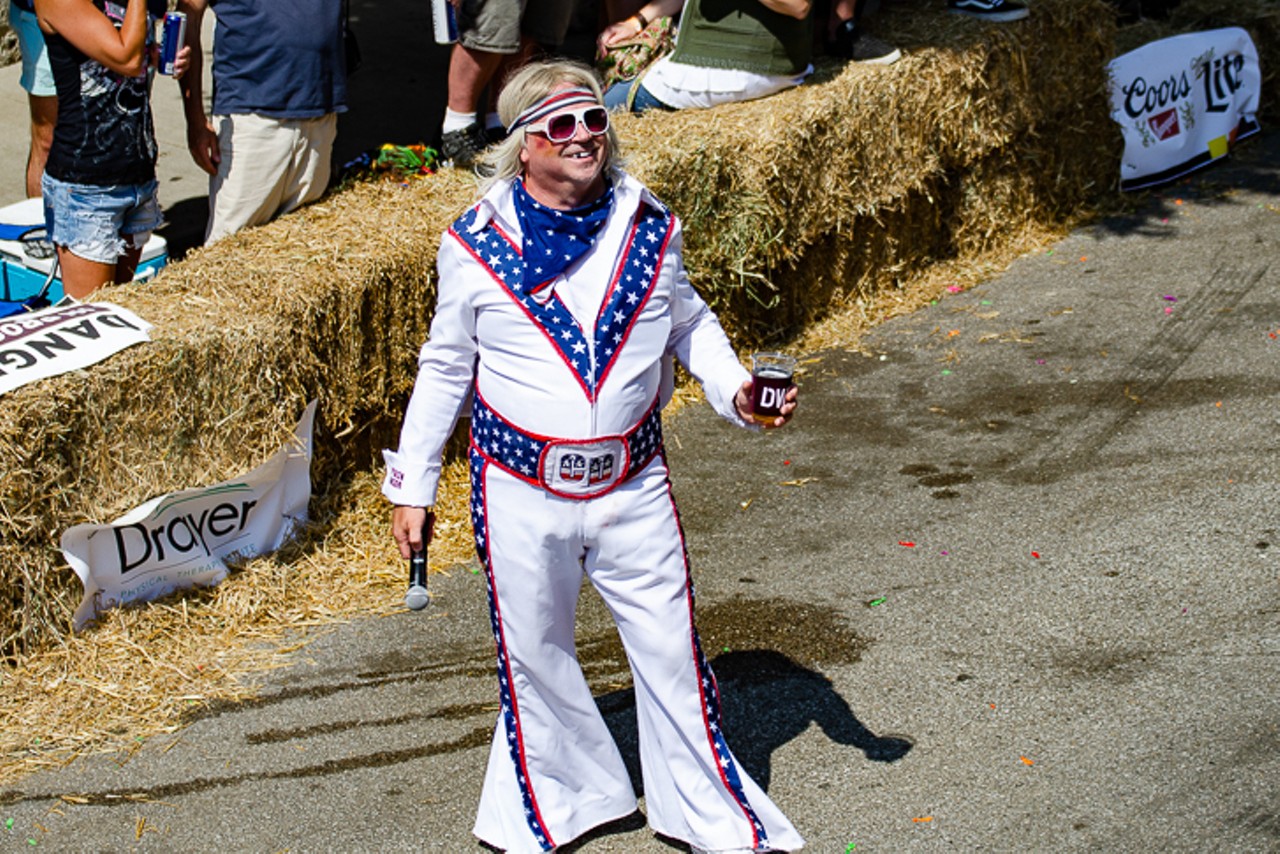 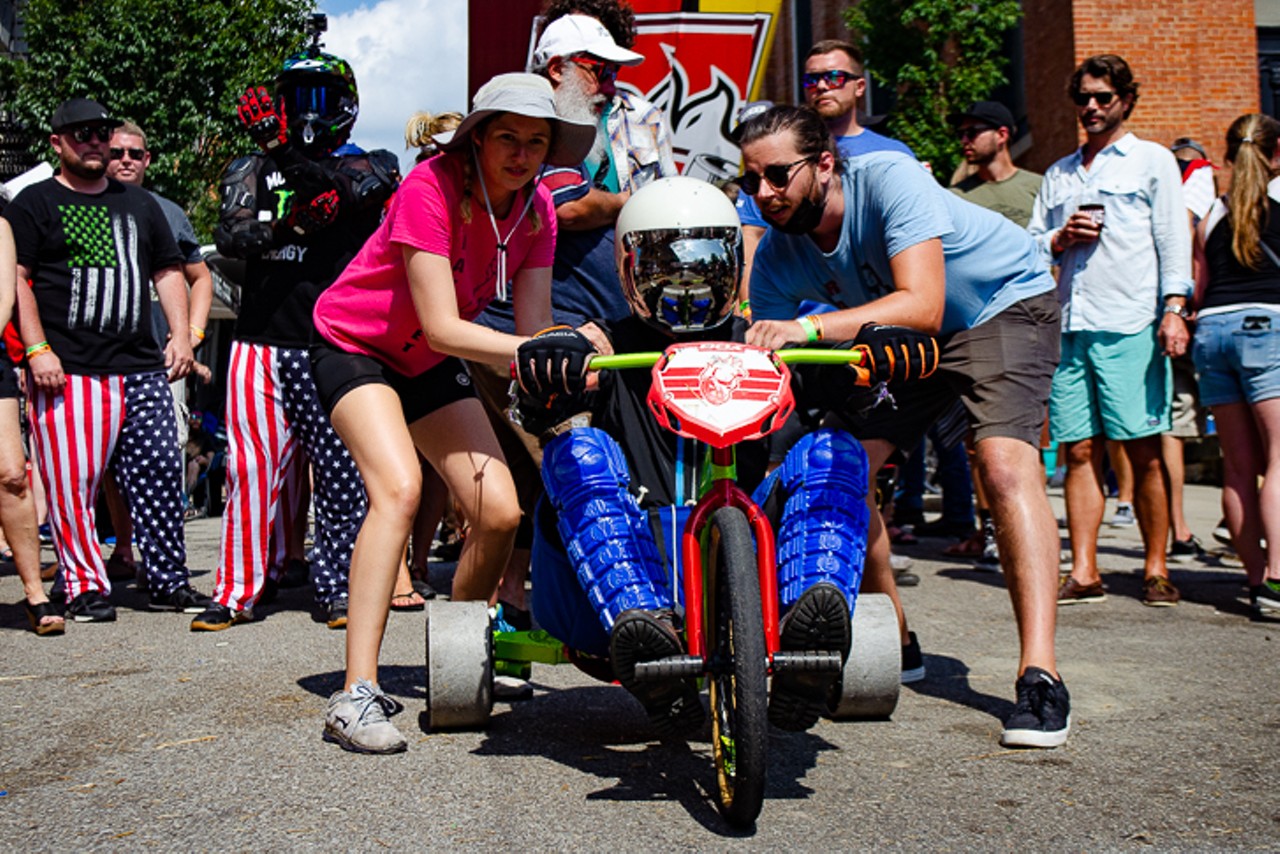 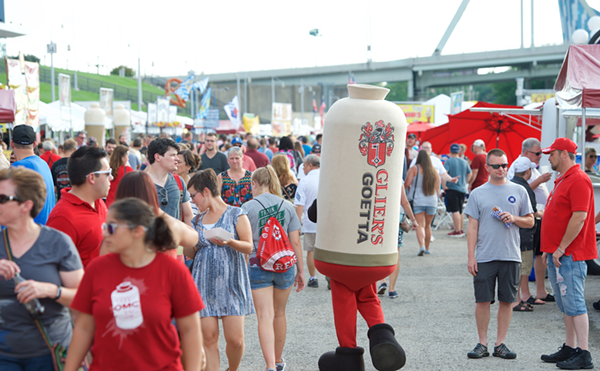