A seven-month battle with the building's management group cost too much bread for a beloved local bagel shop. 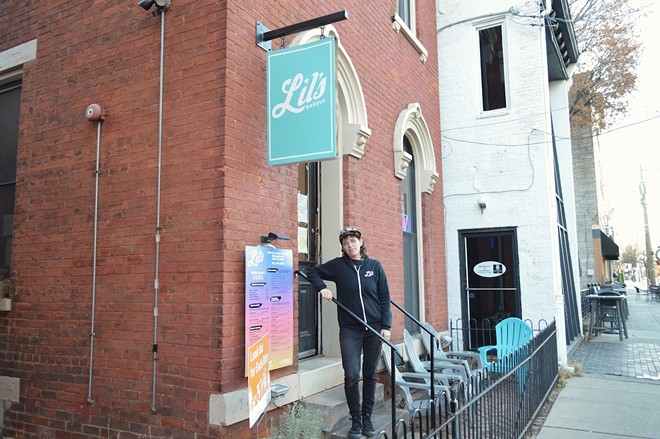 Photo: Katie Griffith
Julia Keister says she will have to close Lil's Bagels in Covington soon.

When the original Lil’s Bagels lease was set to expire earlier this year, owner Julia Keister was optimistic about the future. Lease renewal terms were under way with longtime property manager Gravity Management Group, and Keister had plans to expand her Covington location. She even was scoping out property for a second location.

But in April, unforeseen and sudden circumstances triggered a nearly seven-month-long lease negotiation – one that would prompt the closure of the beloved bagelry.

Gravity Management Group – which managed Lil’s property from its inception, according to records provided by Keister – and Keister could not come to an agreement due to the increasing cost of rent, among other things. Consequently, Lil’s Bagel’s doors (and carryout "windough") will permanently close in January.

“Even though I’ve known since April that this was a possibility, it wasn't until September that I was like, ‘We are not going to be able to afford this,’” Keister told CityBeat. “I started to think, ‘What am I going to do?’ What are we going to do?’”

Keister said she was informed in April that Niqué Swan, the Gravity Management Group associate she’d been negotiating renewal terms with, was no longer with the company.

Swan, who found Lil’s Bagels at a local farmers market in 2017 and alerted Keister about the Covington location, planned to lease the second floor of 308 Greenup St. to Lil’s Bagels for Keister to expand operations from the first floor, Keister said. Because of her conversations with Swan, Keister said she began looking into expanding the bagelry and adding a bar.

Swan and Keister began planning the move in December. Before that, Lil’s had only rented and occupied the first floor of the building.

According to Keister, she thought that operating a bar on the second floor, in addition to the first floor business, could offset the costs that would ultimately come with a more expensive lease renewal.

“In February, him and I sat down and negotiated what the lease would be for the first and second floor. And then I planned a carpenter,” Keister said. “I planned the bar with the future bar manager, and in March, we came to final terms of what the lease negotiation would be.”

As of press time, Swan has not replied to CityBeat’s request for comment.

While the inevitability of a rent increase loomed, Keister felt confident that utilizing the second floor would provide enough revenue to keep up with payments. The expansion would mean more preparation space for the kitchen, which equated to more sales. It also meant more seating and the promise of bar customers and revenue. Keister said the plans even were concrete enough for the incoming bar manager to quit their other job to focus on organizing the new concept.

But after news of Swan’s departure, Keister began to wonder.

“I emailed and said, ‘Our lease is going to expire this month, in April, and I was in the middle of negotiations. Who do I talk to?’ And the response was, ‘We will get back to you,’” Keister said.

Keister said that in May, Gravity associate Curtis Reno offered Lil’s Bagels a one-year lease and told Keister that prior negotiations with Swan were invalid. While the price Reno quoted was higher than what Swan had projected, it was close, Keister said.

However, Keister said she was not interested in signing a commercial lease for one year because she wanted a longer lease that provided more security. After Keister declined the offer, she put the second-floor project on hold, she said.

In a statement emailed to CityBeat, Reno discussed Gravity’s negotiations with Keister.

“By offering below-market rental terms and by covering certain costs that her lease explicitly says she should be paying, we have had a financial interest in Julia’s success since day one of Lil’s Bagels,” Reno said. “Like Lil’s, we are a female-owned business and nothing would make us happier than for her to have a thriving business at that location. We had talked for more than a year about a variety of options for her to expand her business – with generous terms, and rent that remains well below the going rate in that area.”

“It would be discouraging if Lil’s is not in the mix, but for the vibrancy of that neighborhood, our commitment to have a successful small business at that location is unchanged,” Reno concluded.

Gravity Management Group manages commercial and residential real estate in Cincinnati and Covington. According to its website, the business is driven by the potential of its assets to contribute to the positive development of communities where they are located. As of press time, Reno did not confirm or deny to CityBeat individual claims made by Keister concerning negotiations.

Near the beginning of negotiations, Keister reached out to Joseph U. Meyer, the mayor of Covington, for support. He responded by sending a letter to Gravity defending Lil’s Bagels.

“Lil’s Bagels is an integral and important part of the City of Covington. Lil’s has become an anchor for the community and has been a major part of the transformation seen in Roebling Point. The vibrancy and diversity that Lil’s has brought to the neighborhood is unmatched,” Meyer wrote in the letter, which CityBeat has reviewed. “Thanks to its community efforts, uniqueness, service and quality of product, Lil’s has become a go-to institution. Lil’s is the type of successful, woman and LQBTQ+ owned business that makes a city grow in positive ways. I encourage you to work with Julia to ensure an orderly transition for the current negotiations.”

“It’s small businesses like Lil’s Bagels that make the Covington environment so attractive as a place to live and work, quirky, fun, eclectic. And makes it attractive for new investment," Meyer told CityBeat. “The danger comes when the new investment destroys the character that made the area so attractive in the first place. Quadrupling the rent is an unbearable burden for a small business and is counterproductive.”

According to the Legal Information Institute at the Cornell Law School, an NNN is a commercial lease in which the lessee pays rent and utilities as well as three other types of property expenses: insurance, maintenance and taxes. There are pros and cons for the lessee, like the freedom to renovate the property – which would be conducive to Keister’s expansion – but assuming financial responsibility for unforeseen maintenance or tax increases come with it, too.

Keister said she saw the NNN as having all of the hardships of owning a building without any of the benefits as a renter. She began a months-long renegotiation process with Gravity.

Gravity eventually removed the profit-sharing clause from the lease in July, Keister said. Along the way, Keister proposed that Gravity be responsible for repairing certain structural issues, including some that were outlined in the original lease and had not yet been addressed.

“For a building owned by someone who is very wealthy, they have not maintained it or even provided the basics when things happen,” Keister said. “Just as an example, we didn't have air conditioning from April to September 2021.”

Keister and Gravity attempted to agree on including additional floors in the contract, but Keister said those floors were “uninhabitable” and there would be no effort by Gravity to improve those spaces aside from painting, even though Gravity preferred that Keister rent the entire building. The building is approximately 3,000 square feet – an amount of space that Keister said she does not need nor can afford to make habitable.

To date, renovations to the first floor have cost Lil’s Bagels about $80,000, Keister said.

But Keister said that because of her love for the business, its 15-plus employees and the Covington community, she was willing to make what seemed like outlandish compromises to keep Lil’s Bagels alive. Before assuming the risk of a new proposal, she consulted a financial advisor at Mackey Advisors in Bellevue.

“Your landlord basically wants to make you responsible for all updates and take full advantage of your investment in her building,” Mohr wrote to Keister. “It’s a ‘having your cake and eating it too scenario,’ in my opinion … To me, these terms read as a landlord who really doesn’t want to retain you as a tenant.”

After continuing discussions and proposals, Gravity sent Keister a draft of the lease in September. Keister said the draft did not include her proposed terms regarding repairs or structural issues and noted the disconnect between the proposal and official draft. Gravity responded that it would not make changes to the terms but would complete requested actions, Keister said.

Keister said she reluctantly continued trying to come to terms with Gravity. She noted that in October – during what became one of the final discussions in which Keister was still willing to entertain negotiation – Gravity agreed to certain terms before changing details about the length of the lease just four days later. At that point, Keister no longer trusted Gravity and was not willing to negotiate, she said.

"We feel very disrespected,” Keister said. “And the amount that we feel like we go above and beyond for our customers and community, just because we think that that's the right thing to do, not for any strategy, that's just how we are as a business. They are a business and we are their customer, and they are treating us like we are getting it for free or like we've done something wrong, or we should be begging them or something. I don't really know, but to me, it’s very disrespectful.”

Keister said that during renegotiations in April, Gravity told her that even if all parties couldn’t come to an agreement, Lil’s Bagels could continue operating at 308 Greenup St. through April. Historically, Lil’s Bagels doesn’t make a profit in January or February, Keister said, adding that she counts on spring revenue to make up the difference. Instead, Keister made the decision to close the shop within the next two months.

Lil’s Bagels will be missed by its nearest neighbor, Roebling Point Books & Coffee. In an email to CityBeat, Roebling owner Richard Hunt expressed praise and sorrow for the bagelry.

"Lil's is — sadly soon, was — the textbook example of how independent businesses can contribute to the vibe and vitality of an urban neighborhood,” Hunt said. “They took everything up to 11 for this community. It's a shame that they'll be gone."

Keister said that with community support, she’s making plans to keep her craft bagels going, with an announcement expected early in 2023.