Twin Peaks Sports Bar (As in Boobs, Not Agent Dale Cooper) is Coming to West Chester

The double-entendre sports bar and lounge claims, "Only here can you truly embrace the Lodge Mantality"

The double-entendre sports bar and lounge Twin Peaks is opening its first Cincinnati restaurant in West Chester in mid-November. According to a press release, "Twin Peaks is the ultimate sports lodge featuring made-from-scratch food, the coldest beer in the business, attractive servers and wall-to-wall TVs for sports from every angle." It is not a Twin Peaks TV-show themed restaurant and lounge, unfortunately.

And, oddly, it is geared toward "men" only... Here is a weirdly specific description via the website (emphasis our own): "The second you step inside, you’re surrounded by a lodge full of friendly and attentive Twin Peaks Girls serving up scratch food and our signature 29° beers. Only here can you truly embrace the Lodge Mantality. Welcome to Twin Peaks." (One hopes the use of the term "girl" to describe the slew of "equal parts friendly, engaging and attentive... beautiful faces" is just a generalization and not the Merriam-Webster use of the word to describe "a female child from birth to adulthood" because that would be even more unsettling...)

But, good news if you're the type of person who has the mantality to want to watch college or NFL football on one of 68 high-def flat-screen TVs while drinking 29-degree beer from one of 32 taps. Because it is ONLY HERE at Twin Peaks that you can enjoy a "patented beer dispensing system that pours beer at 29 degrees — the lowest possible temperature before freezing — creating an icy, refreshing experience." Almost as icy and refreshing as wearing one-sixth of a plaid shirt tied at your bust.

In addition to real cold beer, you can order from-scratch food like a Hangover Burger, house-smoked meats, meatloaf or more than 30 types of wings. They also have a Beyond Burger. (Does Beyond know about this?)

"We're thrilled to serve the West Chester community, and we are looking forward to sharing the excitement of this location with guests," said Ed Williams, partner of JEB Food Group, in a press release. "We've been working very hard to hire an engaging and talented team to serve up the delicious, made-to-order foods and ice-cold beers and drinks Twin Peaks is famous for."

One can assume "engaging and talented" actually means "thin and big-breasted."

There are currently 83 Twin Peaks restaurants in 26 states because why not? Twin Peaks will be located at 9424 Civic Centre Blvd., West Chester. 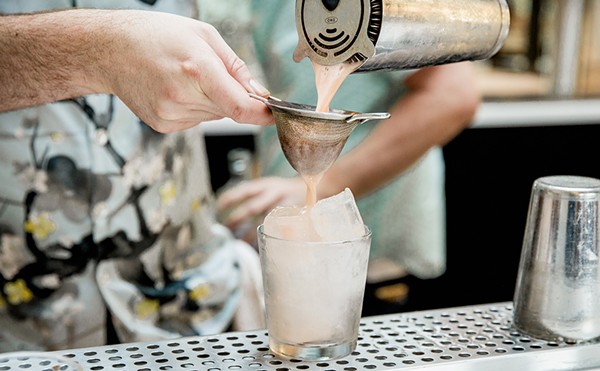