The singer/songwriter released his third studio album, This Mess We're In, on July 15. 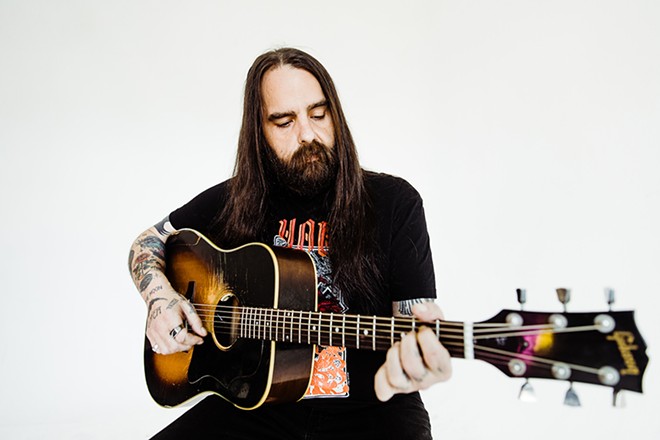 Cincinnati-born musician Arlo McKinley has been guided by one rule, a subset of Murphy’s Law that could be dubbed McKinley’s Codicil: If something good happens, expect a swift kick in the teeth to follow.

McKinley’s 2022 album This Mess We’re In seems to turn the bad luck around, but the musician had a hard run once he landed at the record label of his dreams.

After endless local, regional and national gigging in the wake of 2014’s debut release Arlo McKinley & the Lonesome Sound, a series of fortunate events began to unfold. McKinley had just recorded his sophomore album, 2020’s Die Midwestern, and was considering a self release when he received a call from Jody Whelan, the son of John Prine and Fiona Whelan Prine and the head of his father’s Oh Boy Records. Whelan had heard McKinley’s music and asked him to play Nashville’s annual AmericanaFest, which turned out to be a major turning point.

“John Prine had a little pop-up bar for the weekend, and Jody invited me down for one of the nights,” McKinley tells CityBeat during a phone interview. “I did the show and met Jody, but I didn’t believe they were thinking anything of it. I was thinking, ‘That was a cool thing to do.’”

“Some time went by, and there was talk that my music got passed along to John and there was interest in working together. I still didn’t let myself get too overboard excited [then],” McKinley continues.

McKinley needn’t have worried at that point; he signed a contract with Oh Boy on his birthday in 2019 after meeting with the label’s brain trust at a gig at the High Watt in Nashville.

It was a classic McKinley moment.

“Jody introduced me to his mom and I knew she was a part of Oh Boy, so I wanted to be attentive to our conversation. Finally Jody said, ‘Well, I would introduce you but I don’t think he needs an introduction,’” McKinley recalls. “Then I realized John [Prine] had been standing next to me the entire time. I almost freaked out.”

“He told me that ‘Bag of Pills’ was a good song, and then he said, ‘I’m really looking forward to seeing you play,;” McKinley adds. “People ask if I have any John Prine stories and I don’t – just that one and that’s good enough. The fact that he came out to see me that night – I don’t think I’ll have a thing that I will look at as more successful than that.”

After becoming an Oh Boy artist, Prine and Whelan offered McKinley the choice of re-recording Die Midwestern or releasing it as it was. He chose to hit the studio, saying that he wanted to work with studio musicians and a producer.

“They were throwing out producers’ names – some were well known, some were not. One was Matt Ross-Spang. I looked into him and realized he had engineered a lot of albums I was listening to. He’d done a lot of Jason Isbell stuff, and he won a Grammy for his work with Margo Price,” McKinley says. “We ended up at Sam Phillips Recording in Memphis with Matt as producer, and he put together an amazing studio band, and that was that.”

But then McKinley’s “rule” reared its ugly head. In rapid succession, McKinley lost a good friend to an opioid overdose, an addiction McKinley himself had dealt with (he subsequently released the non-LP single “The Ghost of My Best Friend” in response), followed by the passings of his avowed number-one fan, his mother, and Prine at the beginning of the COVID-19 pandemic in the spring of 2020.

McKinley was devastated but became convinced that his tour to promote Die Midwestern was the tonic he needed.

“Anytime I had a new song to record, she’d want to hear it,” McKinley recalls about his mother. “In every way, she greatly impacted me. Everyone was thinking I was going to cancel [the tour], but I was the complete opposite,” says McKinley.

“I thought it was the best thing for me – just continue doing things and not sit and think. Then all of a sudden, I’m stuck. I compare my experience with the pandemic to the movie Groundhog Day. It was like, ‘Okay, [at] 5:30 today, I’m going to have my daily breakdown. At 9, I’m going to put on a record,’” McKinley recalls. “How can you learn to navigate without a key figure in your life when you don’t have a chance to do anything? So I just started writing songs – a lot.”

This became the crucible where This Mess We’re In was forged. Over the years, McKinley’s plain-spoken lyrics have therapeutically addressed issues in his life, and his spartan arrangements have been the perfect vehicle for them. Initially, McKinley was writing to occupy his time and mind, but eventually he turned a corner toward specificity.

“When I wrote either ‘Stealing Dark from the Night Sky’ or ‘Rushintherug,’ I realized I was writing a record,” McKinley says. “I knew I was going to call it This Mess We’re In, and that’s when all the pieces came together.”

As the COVID-19 pandemic eased a bit, McKinley began making plans for recording his third album, his sophomore release for Oh Boy. The only real plans he had were to record with the same creative team that shaped Die Midwestern and to avoid making a genre album by following some of the muses in his recent listening experiences.

“I wanted something visual in a way, which was easy because I was coming in with these acoustic songs and you could turn them into anything,” he adds. “The main thing is I wanted it to be different and show growth musically.”

McKinley’s instincts and Ross-Spang’s expertise once again dovetailed into a spectacular finished album. McKinley set out to create an album that had the feeling of a movie soundtrack, where the music created an atmosphere for the lyrics the way background music sets the mood for particular scenes in a film. McKinley’s intimate songs of loss, loneliness, regret and heartbreak somehow are the perfect set pieces for the cinemascopic backdrop created by Ross-Spang and his guns-for-hire (renowned guitarist Will Sexton, Lucero keyboardist Rick Steff, session bassist Dave Smith, ex-Wilco drummer Ken Coomer, violinist Jessie Munson and harmony vocalist Reba Russell).

“I’m comfortable with them but I don’t think I’ll ever get used to it,” McKinley says. “On this album, I was looking around and I’d heard of these people way before I met them, and now here we are, recording my second record with them. It was crazy. I’m doing a lot of things I never thought I’d do.”

With mini-tours of the East and West Coasts and a handful of European dates completed, McKinley is in the midst of a short Midwestern run through the end of August. He’s had time to reflect on everything that’s happened to and around him, and he’s recognizing the growth he wanted to display on This Mess We’re In. McKinley says he’s more confident in his performance – he notes that eight years ago, it took him half a set to feel at home on stage, but he’s over that now – as well as in his songwriting abilities.

“I used to have a problem with my songwriting because I thought it was so basic and specific. I wasn’t using crazy words or being all poetic, but that’s one of the things people ended up enjoying the most,” McKinley says. “I can’t catch up with all the letters and emails we get from fans where songs have helped people in ways I never would have imagined. These songs are very specific to certain times and situations, but I’m glad other people are getting what they need out of it. That’s a good feeling.”

Interestingly, McKinley feels as though his growth has taken place within the parameters of his original influences of the Baptist choral tradition, his father’s bluegrass records, his early punk roots (he references Black Flag and says he tries to keep his songs short) and his long musical relationship with fellow local songsmith Jeremy Pinnell.

“I write songs that are structured like the hymns I sung in church when I was a kid. They’re not necessarily bluegrass, but they are basic three chord singer/songwriter stuff,” McKinley says. “And Jeremy just did some shows with me, and I will forever give him the credit he deserves. He was the first person that I heard that wrote in that direct way, which I took on, being honest about myself.”

Purchase Arlo McKinley’s This Mess We’re In and watch for upcoming tour dates at arlomckinley.com. 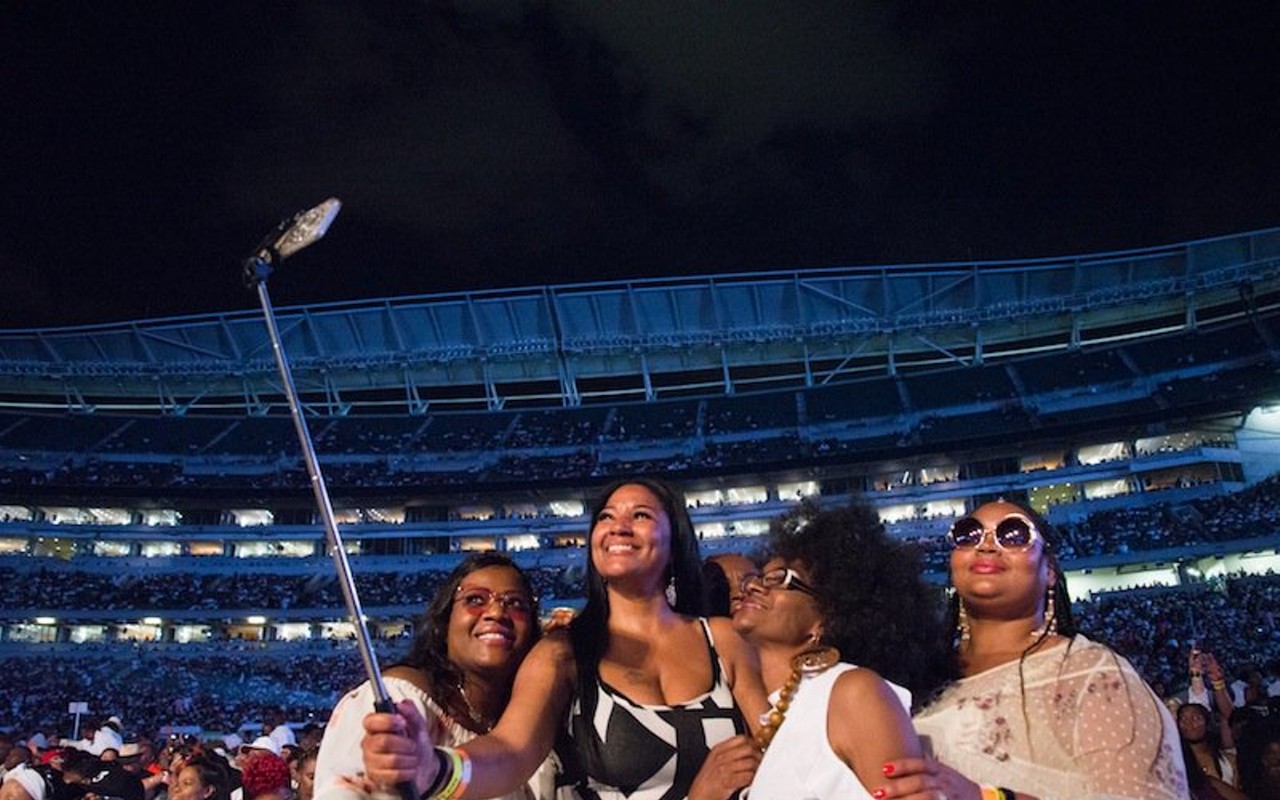 Cincinnati Music Festival 2022 Attendance Surpasses 78,000: The big crowd made it "one of the largest urban music festivals in the United States." 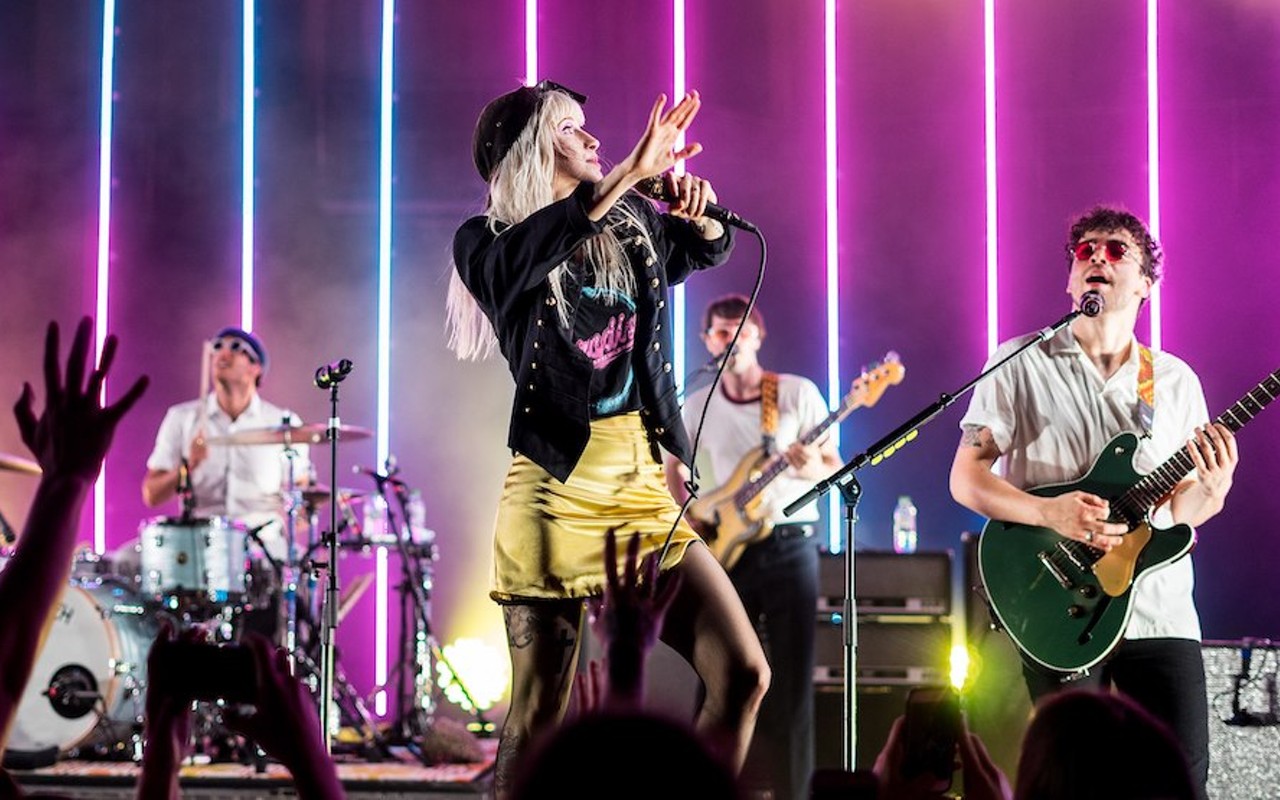