Following the re-release of the ‘On the Rise’ LP earlier this year, Colemine Records unveiled a “new” track from the same sessions by Howard, the late wife of local civic leader and businessman Steve Reece and mother of Ohio politician Alicia Reece 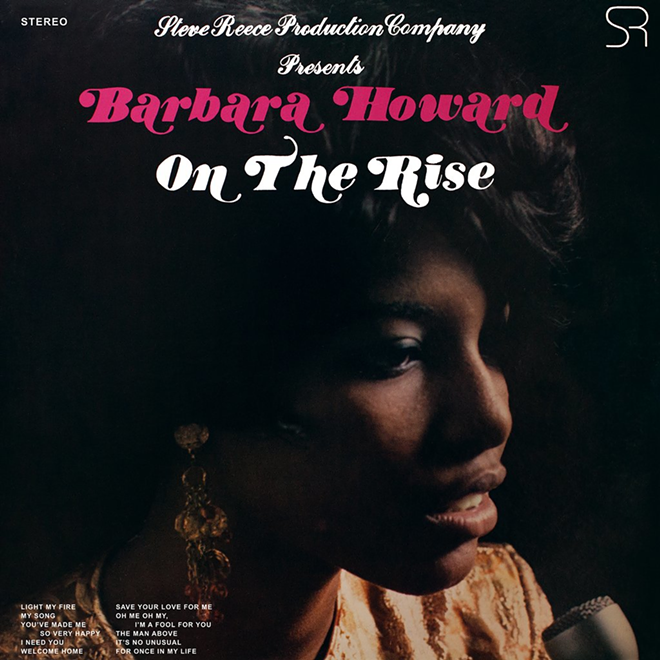 In 1968, when riots following the assassination of Martin Luther King Jr. left Cincinnati torn and on edge, Steve Reece had a plan to help kickstart the healing process. The future civic leader and businessman started a talent show for local residents to bring some positivity and unity to local communities like Evanston and Avondale.

The events that came out of Reece’s Operation Step Up program proved incredibly popular and also led to a personal relationship that would change his life forever.

One of the singers who participated in the Operation Step Up talent shows was 18-year-old Barbara Howard. Reece was so impressed with her talent, he decided to go all in and make an album with her.

That album, On the Rise, was never the huge hit it was intended to be, but it was the start of a 38-year love story. Reece and Howard were married and had three children, including onetime Cincinnati vice mayor and former member of the Ohio House of Representatives Alicia Reece.

On the Rise had a very limited run and was released mostly on a local level, so vinyl copies of the album fetched a pretty penny among traders. In 2016, one of those copies found its way to Loveland, Ohio’s Plaid Room Records, run by Terry and Bob Cole, who also operate the renowned Soul/Funk record label Colemine Records.

“We had the record on the floor for 500 bucks for like five weeks,” Terry Cole says of Plaid Room’s fateful On the Rise purchase. “And then one day I was like, ‘I’m going to listen to this thing.' And then I was like, ‘This is pretty good. I wonder why hasn't (noted reissue label) Numero Group or someone (tried to reissue) this.’ ”

Cole contacted Steve Reece and, when he heard the backstory — the love story — behind the LP, he knew he wanted to reissue it through Colemine.

Cole says that he was impressed with the sound quality, which was exceptionally high for a locally-produced, DIY album.

“It just sounds expensive,” Cole says. “The first time I heard it, I was like, ‘This record sounds like how a ’67 Aretha Franklin record would sound — it has strings and horns and the arrangements are proper and everything sounds good.

“I was like, ‘Steve, you could have just bought her a ring. You had the most expensive courtship known to man.’ ”

The path to Colemine’s reissue of the album wasn’t easy. Reece didn’t have the master tapes from the recording sessions. In fact, he didn’t even have a copy of the LP.

“So that LP that walked into the store was the source material (for the reissue),” Cole says of the lovingly restored album that was released this past February through Colemine. “We sent it to the same person that Numero uses for all of their restoration and they made it sound beautiful. It sounds way better than the original.” Photographer Whitney Pelfrey helped clean up and recreate the original album cover from the same source copy.

Today (Aug. 23), Colemine has released more of Howard’s music, this time featuring a track even rarer than On the Rise.

“The only reason I even knew Barbara Howard is because she had a 45 that was a deep-Funk head cut,” Cole says of “I Don’t Want Your Love,” a 45 release that Reece told Cole was just a “throwaway groove.” The song had become a cult classic for rare-groove DJs all over the world.

“It’s nasty,” Cole says of the track. “Like this holy-shit, insane type of Midwest deep Funk.”

Colemine today released “I Don’t Want Your Love” as it was issued originally, some 50 years ago — on 7-inch vinyl. The new 45 is backed with On the Rise track “The Man Above.”

Working on the Barbara Howard projects with Reece has been one of the more rewarding experiences of Cole’s career in the music biz.

“Maybe my favorite moment of running the label was when Steve and Alicia came to the store when the (On the Rise) LPs got here and we all listened to the record together,” Cole says. “And Steve was just like, ‘Man.’ Because she passed away (in 2008) and this was probably the first time that Alicia's ever heard this record as it should sound. Same with Steve — he probably hadn’t heard the record other than some shitty CD transfer in like 30 years.”