The pair's NICKIHNDRXX tour comes to Cincinnati on Sept. 29. 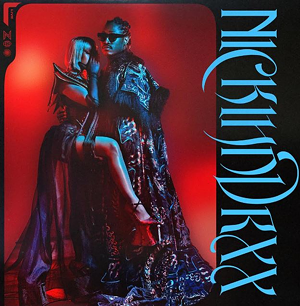 Minaj and Future (the "HNDRXX" in the tour title is a reference to Future's 2017 album and his "Future Henndrxx" alter ego) are currently riding high. Future's soundtrack for the new Superfly remake — which he curated and executive produced — was released this past Friday (he was also a producer on the film, which opens this week). The soundtrack includes collaborations with several high-profile acts, with Future featured on 11 of the 13 tracks. Other artists on Superfly include Khalid, 21 Savage, Lil Wayne, Young Thug and Miguel.

Meanwhile, Minaj remains a defining figure of the current Hip Hop era. Last month, she performed (and was featured in sketches) on the season finale of Saturday Night Live, where she did her single "Chun-Li" (see below). Minaj's highly anticipated new album Queen is slated for an Aug. 10 release.

Tickets for Minaj and Future's Cincinnati tour stop go on sale this Friday at 10 a.m. through Ticketmaster and NickiHndrxx.com.