The event is shifting from its three-day festival model into a series of “Bunbury-themed shows and events for the near future." 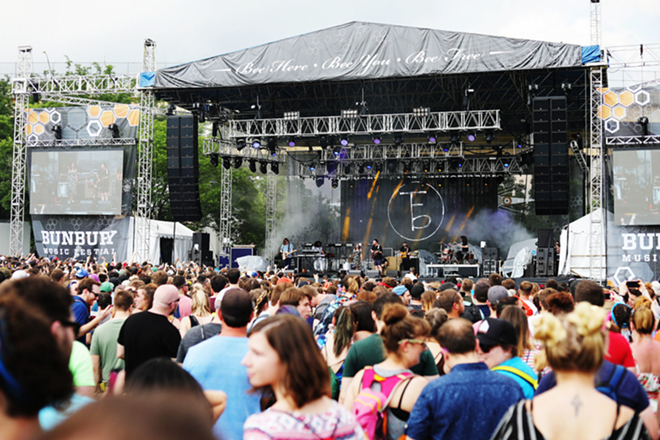 Photo: Brittany Thornton
Bunbury Music Festival will never return in its original form, according to organizers.

It’s the end of an era for the Bunbury Music Festival.

“Bunbury will not be returning in the way that fans have grown to know and love it,” said PromoWest Productions in a press release on Thursday, Oct. 6.

The event is shifting from its three-day festival model into a series of “Bunbury-themed shows and events for the near future,” per the release.

The final Bunbury Music Festival took place in 2019, with Fall Out Boy, Greta Van Fleet, The 1975, Girl Talk and Run the Jewels headlining. The 2020 festival lineup included headliners Twenty One Pilots, Marshmello, and The Avett Brothers before PromoWest was forced to cancel due to the COVID-19 pandemic. Both 2021 and 2022 festival dates were also canceled.

“The last few years have been difficult for the music industry, specifically as it pertains to independent festivals,” said the release.

As of 7 p.m. October 6, the festival is quiet on its social media accounts. But fan responses to the announcement today demonstrate that Bunbury Music Festival was a beloved event in Cincinnati summers.

Despite the lineups not being that great for its last few renditions, I think the loss of Bunbury music festival is a big one. I hope one day it returns to its former glory. This is a great music town, and todays news bums me out.

Bunbury is officially dead?! 😔RIP. That festival meant a lot to me for a lot of different reasons. So many core memories.

Bunbury Music Festival started in 2012. It has hosted dozens of major acts on stages at Sawyer Point and Yeatman’s Cove, including Weezer, Jack White, The Flaming Lips, Snoop Dogg and The 1975.